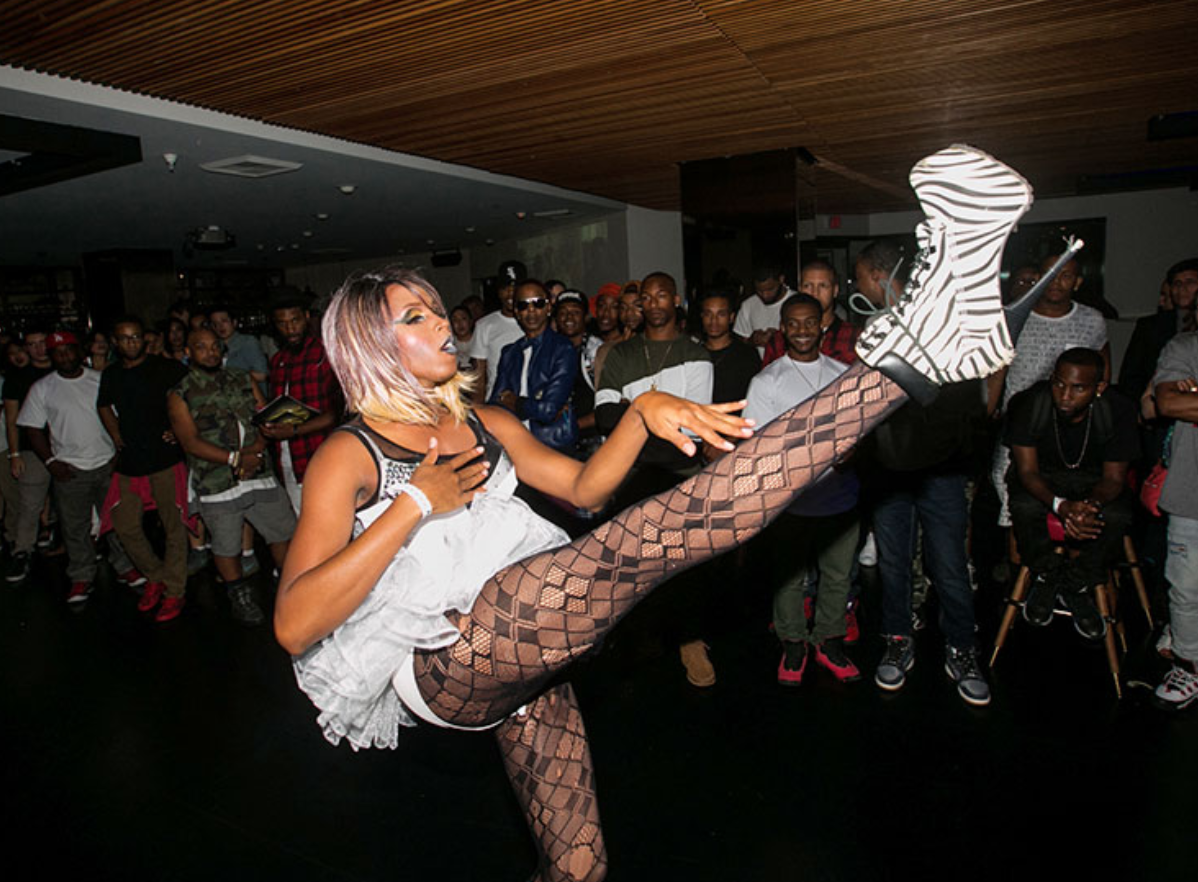 “Pose” may have brought New York’s legendary ball scene to life. For LGBTQ+ Angelenos, vogue balls are just as vibrant a part of L.A. history.

When filmmaker Jennie Livingston released her iconic documentary “Paris is Burning” in 1991, viewers saw scenes of tragedy, community and a specific brand of glamour that can only come from going “mopping” for the best couture. Livingston’s film, which took a close look at the New York City ball scene of the 1980s, centered on a group of mostly black and latinx queer people who were down and out, having been cast to the absolute fringes of society by the dominant (white, straight, upper class) elite, but still conspired to mimic their oppressors on the dance floor, all in the name of opulence.

Today, the legend of the ball scene has come vividly to life in Ryan Murphy and Steven Canals’ series “Pose,” which just ended its first season. But while “Pose” shone a fictional light on the world Livingston chose to immortalize years ago in New York, it is important to remember that NYC isn’t the only ball scene in town. In fact, when it comes to LGBTQ+ community shaking things up on the floor, L.A. has had its fair share of balls.

The most notable scene (in any case, the one that’s still going strong) happens at the Standard Hotel in Downtown L.A. each month. The Banjee Ball offers downtowners a chance to strut and pose on the runway, waiting to receive approval, or a harsh read from the judges.

An L.A. Times article about Banjee Ball noted of the ball’s participants that: “Most are black or Latino, and they “walk,” or compete, at events known as balls. Many belong to cliques known as “houses.” Led by a mother or father figure, houses serve as families for their members, some of whom have cut ties with their biological kin.”

Like in the world of “Pose” and “Paris,” houses still stand strong today, offering a family structure to young queer and trans individuals who don’t have any other place to go. Even more importantly, L.A.’s ball scene has been tied to specific community causes in recent years, such as the giant push for most PrEP exposure and West Hollywood’s recent HIV Zero initiative, which has focused on getting and keeping its residents HIV-free.

With outreach communities like Reach L.A., which helps Black and Latinx LGBTQ+, and the LGBT Center in Hollywood getting involved in the ball scene in recent years, events like the Banjee Ball have become even more crucial to young people. In 2015, Brian Toynes, program manager of sexual health and education at the Los Angeles LGBT Center, told the Advocate that “many attendees at the ball come from poorer neighborhoods, have no health insurance, and also no knowledge of PrEP.” An event called the House of Latex Ball that’s been around for years in New York City combines HIV/AIDS awareness with the fun and excitement of ball culture. In recent years, the LGBT Center has tried to find ways to integrate these aims in the same way. According to the Advocate, however, the divide between the crowd at DTLA’s Banjee Ball, started by Isla Cheadle in 2013, and queer scenes in Boyle Heights and WeHo is telling, and fraught.

“The problem is that we’re a very segregated city,” Jeffrey Rodriguez, program manager of sexual health education at the L.A. LGBT Center, told the Pride L.A. in 2015. “You have south L.A. You have east L.A. You have west L.A. We’ve got all these different parts of the city, and who actually lives in those parts? West Hollywood is predominantly white. South L.A. is predominantly black.”

With 25 percent of gay and bisexual men of color at risk of contracting HIV/AIDS by the age of 25, things need to change, and fast. Will the ball scene be the thing to unite L.A.’s divided queer communities? We’ll have to wait and see.