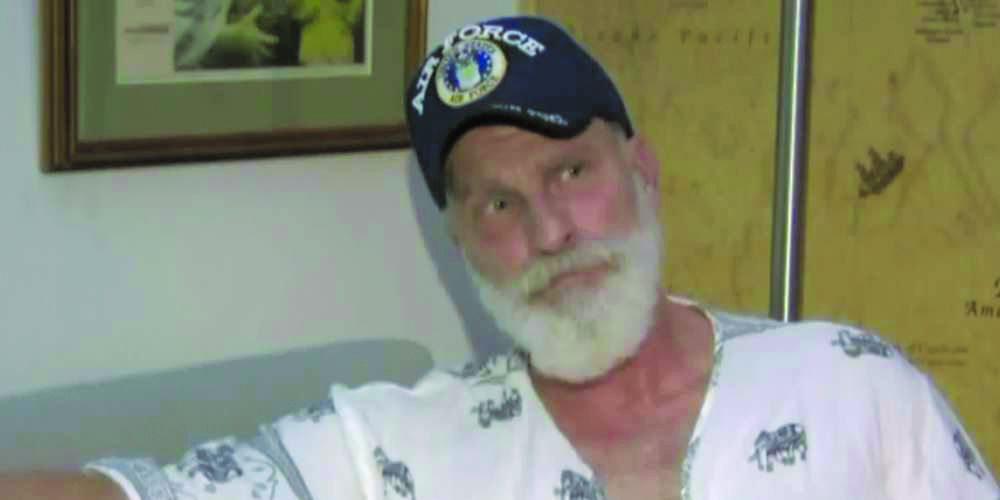 In the days of corporate sponsored-Pride, it’s sometimes easy to forget that prejudice has persisted despite the massive progress of the last few decades. And yet, against the backdrop of the first sold-out Los Angeles Pride on Saturday night, a gay Air Force veteran and former WeHo News publisher has accused his San Pedro neighbors of homophobic harassment and physical assault.

Ryan Gierach is used to covering the news – he’s less accustomed to being the news.

“For 20 years now I’ve covered this sort of thing happening to other people,” he told KTLA reporter John Fenoglio in an emotional on-camera interview. “And it hurt me deeply every time it happened to other people.”

Gierach says the abuse from his neighbors began as soon as he moved in two years ago.

“When I came here my neighbors directly across from me began calling me names – all of them revolving around gay epithets,” he said.

But the level of harassment escalated in the last month when he hung a rainbow flag in front of his house for Pride Month. His neighbors responded by hurling anti-gay comments at him, throwing garbage at him, and assaulting him, he claims.

He captured the episode on video, in which two women and a child are seen mocking him and one woman spits at him. In the video, one woman taunts him through his screen door, jeering at him before spitting on Gierach through the door.

According to KTLA, police have confirmed that the incident constitutes battery.

Before this, someone posted fliers around the neighborhood that listed his home address and accused Gierach of pedophilia, he told KTLA.

“Arert!” the flier reads in large, all-capital letters – an apparent misspelling of “alert.” The flier continues by accusing Gierach of being “a child molesting sex offender” and calling him by a homophobic epithet.

“This is relying on an old gay stereotype that gays are pedophiles, long disproven by all science,” said Shedrick Davis, a lawyer with the LGBT advocacy group Lambda Legal, reading from a statement to KTLA. “This counts as slander.”

Like most LGBTQ+ folk, Gierach experienced discrimination throughout his life. He served in the Air Force until he was kicked out for his sexuality – a policy that has since ended for gay and lesbian service members, although transgender people continue to face discrimination under Trump Administration policies.

What he wants is to be treated with respect.