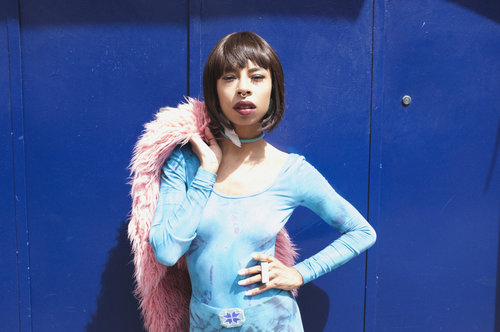 Looking for something amazing to do this weekend? Your search is over.

Join Kia LaBeija, Of the House of LaBeija, for her first solo show titled “Fear is Only a Fraction of Love” at Royale Projects opening this Sunday.

From Organizers: Kia LaBeija was born in New York, New York in 1990. She lives and works in Los Angeles, California. She received a BA in The Arts from The New School in New York where she studied photography at Parsons School of Design. LaBeija is classically trained in ballet and studied at The Juilliard School and The Ailey School. She developed a love for theater and costume growing up in New York’s theater district and studying musical theater at the Professional Performing Arts School. At 19, she was adopted into The House of LaBeija, one of New York’s first houses of the drag ballroom scene. She is currently the Overall Mother of the Iconic House of LaBeija