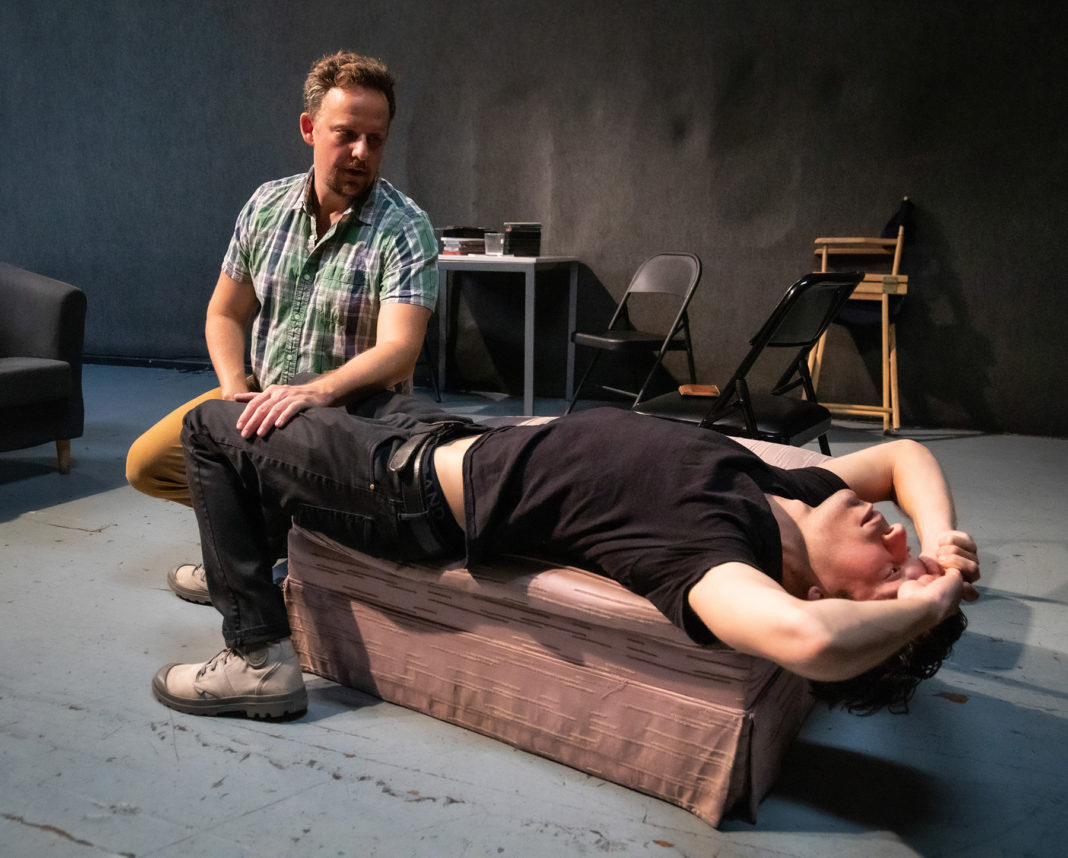 The Pride LA spoke with Patterson on the complexities of bringing such a play to life. Check it out:

My name’s Erik Patterson. I write dark comedies about morally complicated people for the stage. I’ve also written several princess movies for kids, and a few of those Hallmark rom coms that your parents love so much. I have a horror movie and a comic book in development, and I recently founded a comedy website called Gleek.

An encounter between a white, gay playwright and his black, straight “shirtless cleaner” goes disastrously wrong when signals are misinterpreted, lines crossed.

What can the audience expect from this play?

What was the inspiration for this play?

I’ll be totally honest and admit I hired a shirtless cleaner and immediately thought, oh, there’s a play here. My experience wasn’t as fraught as the one on-stage. Also, I won’t name names, but awhile back, I saw this gay play that was advertised as being “very sexy while also about something,” and then I went to see it, and the only thing it seemed to be about was the fact that there was a working shower on-stage. So I wanted to write the sexy, meaningful play that I didn’t get to see that night, which got me thinking about my role as a theater-maker, and what goes into making something “provocative.” Those were some of the ingredients I was playing with when I started writing.

How do you use comedy to cover serious topics in the play?

Life’s pretty bleak lately, and the only way I’m able to get through each day is to laugh. I try to find the humanity in everyday moments, and a lot of the humor in my plays comes out of that.

What scene/part has been exciting to see come to life with Echo Theater Company?

I love working with the Echo. Chris Fields directed my play One of the Nice Ones in 2016 and I’m thrilled to be working with him again. I’ve gotta say, the titular scene of the play is one that carries a lot of weight, and I’ve always been curious about how we’d get away with it. I look forward to seeing how people react.

What do you want the audience to take away from it?

I don’t want to tell the audience what to think. I want people to go out for drinks after the play and get into lively debates about what they just saw. The play deals with issues of consent, and racism, and representation, and I hope people leave the theater thinking about and questioning their own biases. I hope the play will just be the start of a conversations we all need to be having as we grapple with issues we should have been grappling with a long time ago.