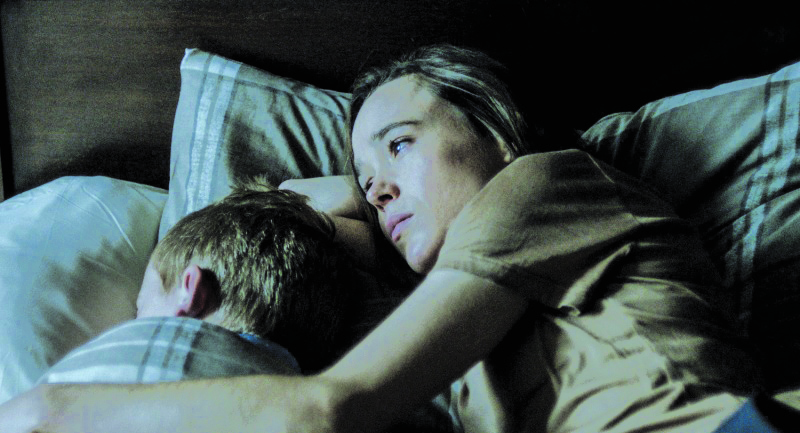 In David Freyne’s new film “The Cured,” the zombie apocalypse (known as the “Maze Virus”) has swept through Europe, bringing disease, destruction, and death to countless communities before a miraculous cure is found. But when former zombies have to face up to what they’ve done, the rest of society remains hostile, and the film starts to feel like something way more familiar than your traditional zombie flick. We sat down with David Freyne to talk about the queer allegory of “The Cured.”

The Pride: How did the concept for “The Cured” come about? Why zombies?

David Freyne: It came to me a long time ago in 2011. I was dealing with a lot personally. The recession was in full swing in Ireland and there was a lot of suffering. There was a lot of scapegoating of immigrants and asylum seekers by politicians as well. I was thinking about how so many films in the zombie genre would discuss a cure, but I’d never seen it done. I thought of what it would be like to be cured and haunted by the memory of what you’d done. I got a really heartbreaking piece of an idea in a story, and it mirrored what was happening in real life: People being dehumanized or blamed for things beyond their control.

There’s definitely a queer subtext to the story in that sense.

Totally. I think with the two main male characters it’s barely a subtext, it’s totally textual. And that came about a lot from personally being a gay filmmaker growing up in rural Catholic Ireland, where you’re essentially told you’re wrong or a monster, which is kind of what’s happening with the two main male characters in many ways. That was a primal instance, and I wanted to make sure that our ‘infected’ weren’t mindless. They had intelligence, they behaved like wolves. They think together, and kill together, and they have that kind of alpha-beta relationship. We discussed it a lot in rehearsals: “what do animals do? They eat, sleep and fuck.” So the characters when they were infected had a sexual relationship, whether it was fully consensual or not is another question. So the idea that that was in there, and that that bond exists when they come back was at the forefront for us when discussing it.

Did you encourage the actors to come up with a language to use while they were infected?

It was very much a work in progress. I did a short film beforehand with a wonderful actor called Jane McGrath. We worked out the movement together, just the different stages of breathing and what they mean. We had a day in rehearsal where we all got together and worked it out. They perfected the movement and the breathing and what it meant; Whether you’re scared, angry, whether you’re going to kill, to hunt, whether it’s an order. So Jane and I worked it out and then we got the actors to perfect it. Which was fun and very liberating for them to do. It was all about making sure our infected were more animal than mindless. Because that both complicates their guilt and also makes them more human and sympathetic, which I think was key.

It takes the comic element away, too.

Totally. I love some of those films like “Night of the Living Dead,” and there are some very brief moments of comedy in our film which I don’t mind, but I wanted to make sure that it was different. In many of those films, the infected are treated like something in a video game, where it’s like “shoot them, shoot them.” I wanted it to get to the point where people are killing them and you’re questioning it, thinking, ‘well these people are alive and they can come back!” It’s not such a clean moral decision, it’s more complicated than that. I wanted to make sure that element of complication was there in the question of whether you kill them or you help them – you’re talking about killing somebody who could be saved. It’s not a simple black and white thing.

Do you consider the film to be an allegory for prison or rehabilitation?

Yeah, totally. I did a lot of research on PTSD and soldiers coming back from war. I got the sense of how people do kind of come back and try to normalize if you can, and how it can be heartbreaking and it affects people in different ways. That was a big part of what it was about: These people weren’t necessarily responsible for what they did but they still have the memories. How do you recover from that? And how do people accept you back? It’s understandable that some of them are suspicious and fearful, and it’s just about how society can recover and move on from that.