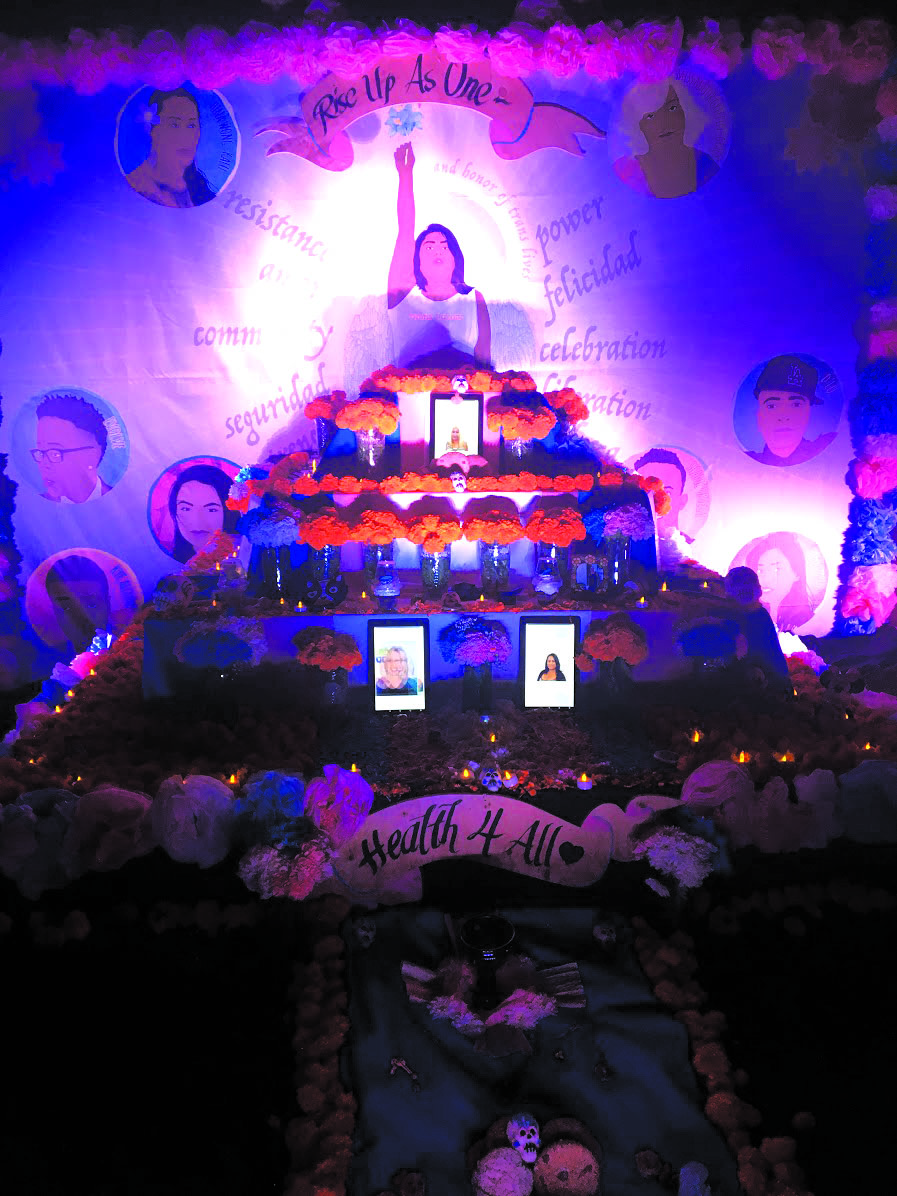 On any given year, L.A.’s Day of the Dead celebration is just that: A wild celebration of life and a colorful, vibrant exploration of what lies beyond the pale. This year, the Hollywood Forever-hosted event took a more somber tone, as L.A.’s Trans Latin@ Coalition took the time to host a vigil for all the trans lives the L.A. community has lost to violence over the years.

The annual celebration, involving elaborate makeup and Latinx and Chicanx-infused traditions, includes a number of altars set up by the community to honor the dead. The altars are judged at the end of the celebration, with the best altr categories being divided into “traditional,” “creative,” and “event themed.” To pay tribute to the 21 trans lives lost so far in 2017 to violence all over the country, and with a special focus on the loss of trans community members here in Los Angeles, the Trans Latin@ Coalition’s altar sought to call to attention the struggles that trans individuals must face even in the most liberal pockets of America when it comes to job security, home safety, and health care.

The altar also featured images of transgender Angelenos who are still living, thriving, and giving back to the community. It is, after all, a celebration of life and death.

As a traditional Mexican holiday, Dia de los Muertos is celebrated on November 1, after the Halloween festivities have ended. Here in L.A., community altars are set up the weekend before Halloween to tie the two festivals together, giving Angelenos a way to celebrate, honor, and respect the recently passed.