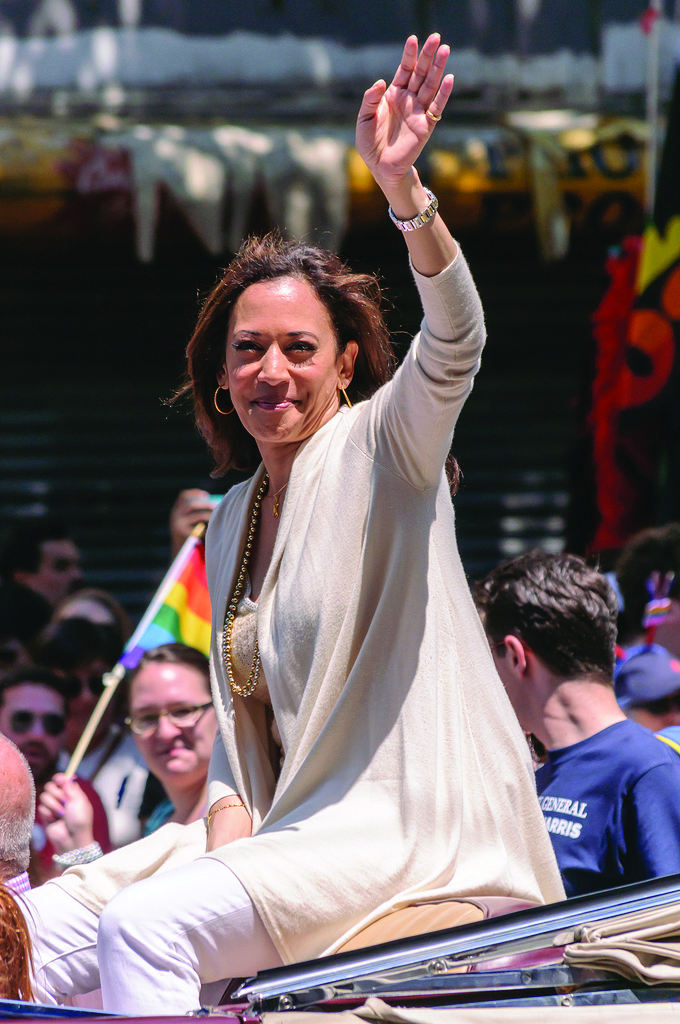 By DOUG MONTGOMERY | For all his bloviating on subjects from the media to “covfefe,” Pride month went by without even a canned statement from President Donald Trump. But another Washington newcomer, California Senator Kamala Harris, has filled the silence left by the commander and chief with a video recalling her efforts to fight for marriage equality and offering the LGBTQ community her full support.

As June came to a close, Harris uploaded a video to her various social media accounts with the accompanying message, “Pride Month comes to an end – we must keep up the fight for civil rights for all.”

In the video, the freshman senator recounts her memory of Valentine’s Day in 2004. Harris had just been elected as San Francisco district attorney and Mayor Gavin Newsom had directed the city clerk to issue marriage licenses to same-sex couples.

That day, Harris went to City Hall and witnessed a celebratory scene: “There were balloons, there were people of every age, of every color – just joyous with the idea and with the knowledge that they could actually be recognized under law for the love they had for each other,” she says.

But Harris was not just a spectator to the excitement. “I was so thrilled to be a part of that,” she continues. “I remember walking up the steps of city hall and I performed the marriages that day.”

Although Kamala Harris did not officiate each same-sex marriage, over 4,000 marriage licenses were issued over a two month period. Then, the California Supreme Court halted the practice and voided the licenses. When a legal dispute challenged the voiding, the Court legalized gay marriage…for a few sweet moments. Then, Californians passed Prop 8.

“But here’s the thing,” Harris recalls, “we were not deterred.”

“We banded together, we marched in the streets, we lifted up our voices, and we took our case to court.”

When this struggle culminated with the Supreme Court’s decision in United States v. Windsor that overturned the Defense of Marriage Act, Harris was on deck to mark the occasion. “And on June 28, 2013, I had the honor to perform the marriage of Ms. Kris Perry and Sandy Stier right here at city hall.”

The ceremony took place only hours after the Supreme Court’s decision was announced. Kris Perry and Sandy Stier were the first same-sex couple to wed in San Francisco following the ruling.

Harris draws from this experience lessons that apply to today’s challenges and reminds us that despite the gains in marriage equality, a threat to anyone’s liberty is a threat to everyone’s liberty.

She concludes: “Just as we have before, we need to once again build a coalition to fight for our collective civil rights and civil liberties.