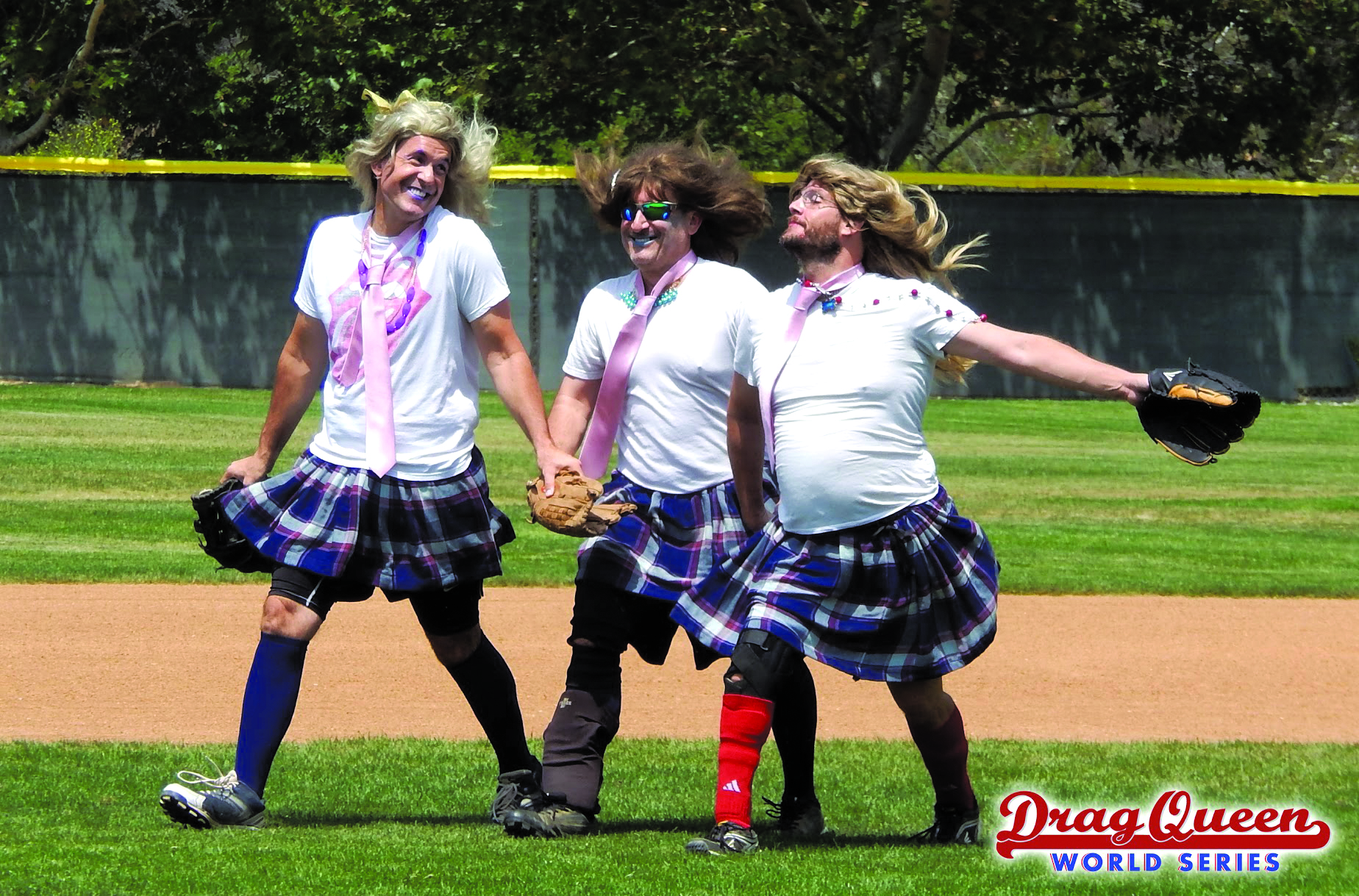 By GENNA RIVIECCIO| The sixth annual Drag Queen World Series will offer queens all over Los Angeles the chance to look good while getting a little dirt in the skirt. The event will pit the L.A. Sisters of Perpetual Indulgence against the West Hollywood Cheerleaders as intermixed music from DJ Eur-O-Steve keeps the party going throughout every inning (and outing.) Like some magical combination of “A League of Their Own” and “The Bad News Bears,” this year’s sports commentators will be the Latina drag trio Chico’s Angels a.k.a. Kay Sedia, Chita Parol and Frieda Laye.

To kick things off, the National Anthem will be sung by Irene Soderberg. For a boost during the seventh inning stretch, there’s Margot Evans to keep the laughs coming, because drag is about comedy just as much as it is about glamour, even on the outfield.

All proceeds from the tickets (which are $15 in advance and $20 at the door) will go to The Life Group LA, a non-profit organization that helps provide awareness and information about HIV and AIDS, as well as where to turn for medical assistance and support for the illness. The epidemic has now passed its thirty-second year, and infections continue to occur on a daily basis.

So even if baseball isn’t your sport of choice, you’ll surely hit a home run when it comes to watching the hilarity and hijinks of the Drag Queen World Series ensue. If nothing else, you can just pretend you’re in that “Sex and the City” episode where Carrie goes on a date with the new Yankee. Maybe you’ll even get a glimpse of somebody’s bat.

The fun and games took place on Saturday, May 6 from 1 pm to 4 pm at the Glendale Sports Complex. And for the love of Mae Mordabito, try not to sing to many verses of “This Used to Be My Playground” after your umpteenth beer. Leave that to the drag queens.