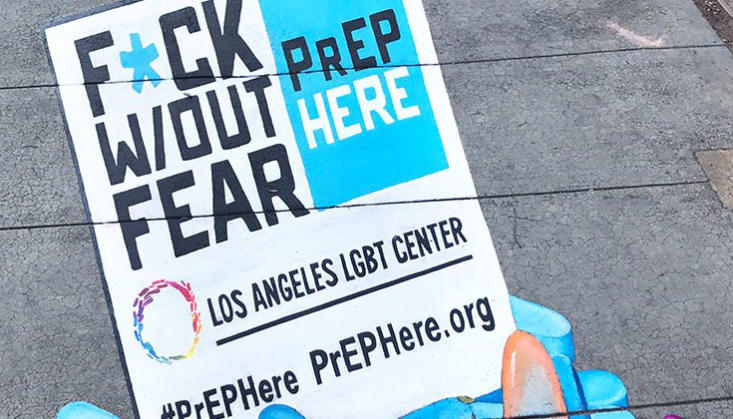 Ever since the Los Angeles LGBT Center launched their F*ck Without Fear campaign for PrEP and HIV awareness a few weeks ago, there’s been no shortage of drama. Campaign posters boasting the bold, swear-word bearing tagline were plastered all over West Hollywood, creating respect in some and absolute astonishment in others. The more yuppified corners of West Hollywood have voiced complaint about the campaign being crude, “embarrassing”, and in promotion of “reckless sex.” Today, Hornet’s Alex Garner took to the Advocate to protest these claims:

“The inability to talk openly about sex, and gay sex in particular, is what has fueled this epidemic for over 35 years. During the early years of this epidemic the Regan administration and homophobes, like Jesse Helms, did everything they could to prevent us from talking about or “promoting” homosexuality. We fought to be able to say fuck, or top, or bottom. We understood that we had to be able to speak clearly and honestly about the sex we have so we can communicate important sexual health information to our communities.”