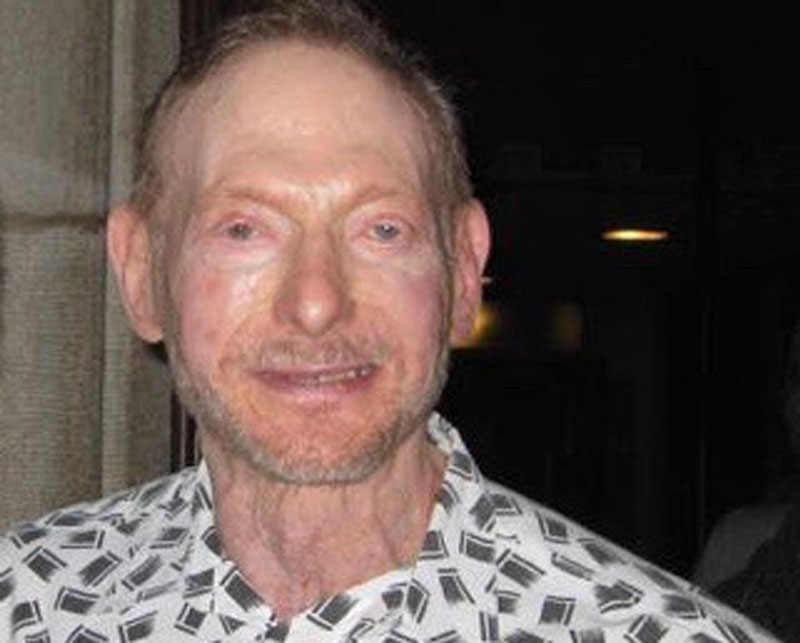 BY KAREN OCAMB  |  Matt Redman, an interior designer who co-founded AIDS Project Los Angeles in 1982, died of AIDS-related complications on Dec. 27. He was 67.

Redman, a longtime AIDS survivor, apparently started feeling ill a week earlier, cancelling a party planned for Dec. 18. A friend begged him to see his doctor, but Redman refused. When he finally relented, he went to the emergency room at Southern California Hospital at Culver City (formerly Brotman Medical Center) and was immediately rushed to Urgent Care. An upper respiratory infection had traveled to his heart and lungs and he didn’t have enough T-cells to fight it. He “coded” and was placed on life support while his family and former partner were notified and flew in to be with him. He died around 3:40 Tuesday afternoon.

Redman determined that he had been infected with HIV in the late 1970s, diagnosed in retrospect by his “dangerously low” T-cell level. “I wasn’t terribly surprised because so many of the people I ran with had already become sick. Why would I be different?” Redman, who loved to dance at Probe disco, told The Advocate’s Chris Bull on July 17, 2001 for a story on the 20th anniversary of AIDS.

In fact, the mysterious disease appeared in Los Angeles before the first Centers for Disease Control in the Morbidity and Mortality Weekly Report on June 5, 1981  by L.A.-based Dr. Michael Gottlieb and Dr. Joel Weisman on their five gay patients.  In 1979, in the era of mega-discos like Probe and Studio One, a young, thin, sick and penniless gay man covered in purple lesions was among the 70 men who stood in line each night at the L.A. Gay Community Services Center’s STD clinic to be treated for sexually transmitted diseases. Health care worker Hugh Rice said later he was struck by the man’s appearance but thought the purple lesions were “some strange dermatological problem”. He learned six weeks after that clinic visit that the young man had died in isolation at L.A. County Hospital. Only after the federal government announced the new fatal disease called Gay-Related Immunodeficiency Disease (GRID) did Rice realize that the young man had AIDS, a disease that would eventually take him, as well.

“My friends and I were in New York in 1981, hearing stories among friends coming down with this mysterious disease. We realized that back home in L.A. there was no hotline, no medical care, and no one to turn to for emotional support,” Redman told Bull.

Redman and friends Nancy Cole Sawaya, Ervin Munro and Max Drew called an emergency meeting at the L.A. Gay Community Services Center in October 1982. They listened to a representative from San Francisco’s Kaposis Sarcoma Foundation talk about GRID and what could be done.

“For some reason I wasn’t really scared. It was so early on that no one could predict what would happen,” Redman told The Advocate upon learning he was infected.

However, quickly realizing that neither the federal government nor the conservative L.A. County Board of Supervisors were anxious to help sick and dying gay men in the context of a healthcare crisis, the group decided to set up a hotline. As terror gripped the gay community, they collected as much information as they could gather, found 12 volunteers and asked gay Dr. Joel Weisman to train them to answer the one telephone-hotline set up in a virtual closet at the Center. The volunteers would “reduce fear” by reading from a one-page fact sheet. Eventually they gave out referrals to doctors and others willing to help the stigmatized, diseased gay patients society now treated as lepers.

Redman and his co-founders also enlisted the help of other friends to raise much needed funding. The group held a Christmas benefit that netted $7,000 in seed money for developing a new organization. They started a steering committee and named a Board of Directors with Weisman and experienced checkbook activist attorney Diane Abbitt as Board co-chairs. They gaveled to order their first Board meeting on January 14, 1983 under the name AIDS Project Los Angeles, acknowledging from the beginning that AIDS was not exclusively a disease of gay men.

The next month, APLA produced and distributed a brochure about AIDS in both English and Spanish, attempting to answer some of the basic questions about HIV/AIDS. In May, APLA and activists organized the first candlelight march at the Federal Building in Westwood, attended by more than 5,000 people. It was a breakthrough moment that spurred community involvement, enlisted more volunteers to organize support groups, to visit the bedsides of isolated people dying of AIDS alone in hostile hospitals and serve in APLA’s important Buddy Program.

But it wasn’t just government and straight society that expressed revulsion to people with HIV/AIDS in those early days. Many gay men recoiled from their friends and lovers, too, fearing that they were looking in a mirror and the wasting syndrome and purple blotches would soon attack and stigmatize them, as well.

“Matt was moving force behind the establishment of APLA. His voice made those who ignored or were afraid to face the disease admit what was really happening,” says Abbitt. “At the time, people thought only prostitutes and very promiscuous gay men got HIV so we couldn’t raise money to fight it. Matt forced gay men to see the reality of AIDS. He was defiant and insistent. He had a vision and it would have been the death of so many more had he not fought so hard to make his vision a reality. Without a shadow of a doubt, the person who made APLA a reality was Matt Redman.”

Redman could also be difficult. “He was so strong, so stubborn—he just he didn’t care who he pissed off. He had already seen people die,” Abbitt says. “I respected Matt. I didn’t always like the way he handled things. But I always respected him and in the end we did become friends.”

“Matt was unflinching and unshrinking,” says Ritch Colbert, former APLA board member and former L.A. chapter president of Log Cabin Republicans. “Sometimes when people die we talk about how they fought the good fight – Matt actually started some of them.”

“As an ignorant little HIV+ punk in the early ‘90s on the APLA Board of Directors, I got schooled by Matt in how to push diplomacy aside and get shit done,” says Jim Vellequette. “He had no patience for processes that could be drawn out over months by the bureaucracy of the beast he help found with three friends. But he also would be involved in the minutia of every decision or program as only someone who gave birth to an organization could be,” a trait for which he was later criticized as having “founder’s syndrome.”

Vellequette also notes that Redman “made it to 66,” longer than thousands of others who died of AIDS in their 20s and 30s. “Let us not mourn a fake memory of Matt,” he says. “Matt was a straight up force of unbridled determination with a ‘my life and the lives of my friends are at risk’ son-of-a-bitch if you had to go up against him. Thankfully, he was our SOB and it is Matt Redman and the kindred rabble-rousing spirits from the generation just before mine that made it possible for so many of us to still be here and bid him a very respectful, well-earned, thank you. His fire will not soon fade from my memory.”

“Matt was one of the original founders of APLA and bravely broke through the fear and apathy around AIDS in the early 1980s,” says West Hollywood City Councilmember John Duran, an openly HIV positive elected official. “He was a strong advocate for the proposition that people living with AIDS had to be at the decision making table. He was my friend and fellow warrior and I so saddened by the news ”

“Matt was one of the courageous few in Los Angeles who stepped up in the midst of the total devastation of the early days of the AIDS epidemic and demanded that we all do something,” says APLA Health CEO Craig E. Thompson. “With his close friend Nancy Cole Sawaya and a handful of others, he founded AIDS Project Los Angeles, changing the lives of countless individuals as a result. He never gave up, never did anything at less than 100%, and he never stepped away. He was a relentless voice on our board of directors for the needs of people living with HIV/AIDS and was literally our conscience for more than 30 years. Only when his strength began to fade as he lost his personal battle with HIV did he pull back. Matt was one of a kind, a dear friend, a tireless advocate, and our champion. To say he’ll be missed is an understatement.”

Lest people think Matt Redman was an angry AIDS activist all the time, his friend James Mason says he was also fun-loving and sensitive.

“Matt was a man who could take any situation and work it out,” Mason says. “Earlier this year, he called me out of the blue and asked me if I was up for a crazy idea. He wanted to go bowling. Well, we went and you should have seen us! We laughed until we hurt! It was so funny to see two 60+ old gay men with high school kids on dates on one side and five young men on the other. By the time we left, we had all of them laughing with us and cheering us on. It was a sight to be seen. I will treasure that night for the rest of my life.

“We spoke a few days before Christmas and he told me he was sick,” Mason says. “I begged him to go get checked but I honestly think he knew and wanted to be home with his cat for Christmas. I’m sure that was special to him.”

No plans for a memorial service have yet been announced.