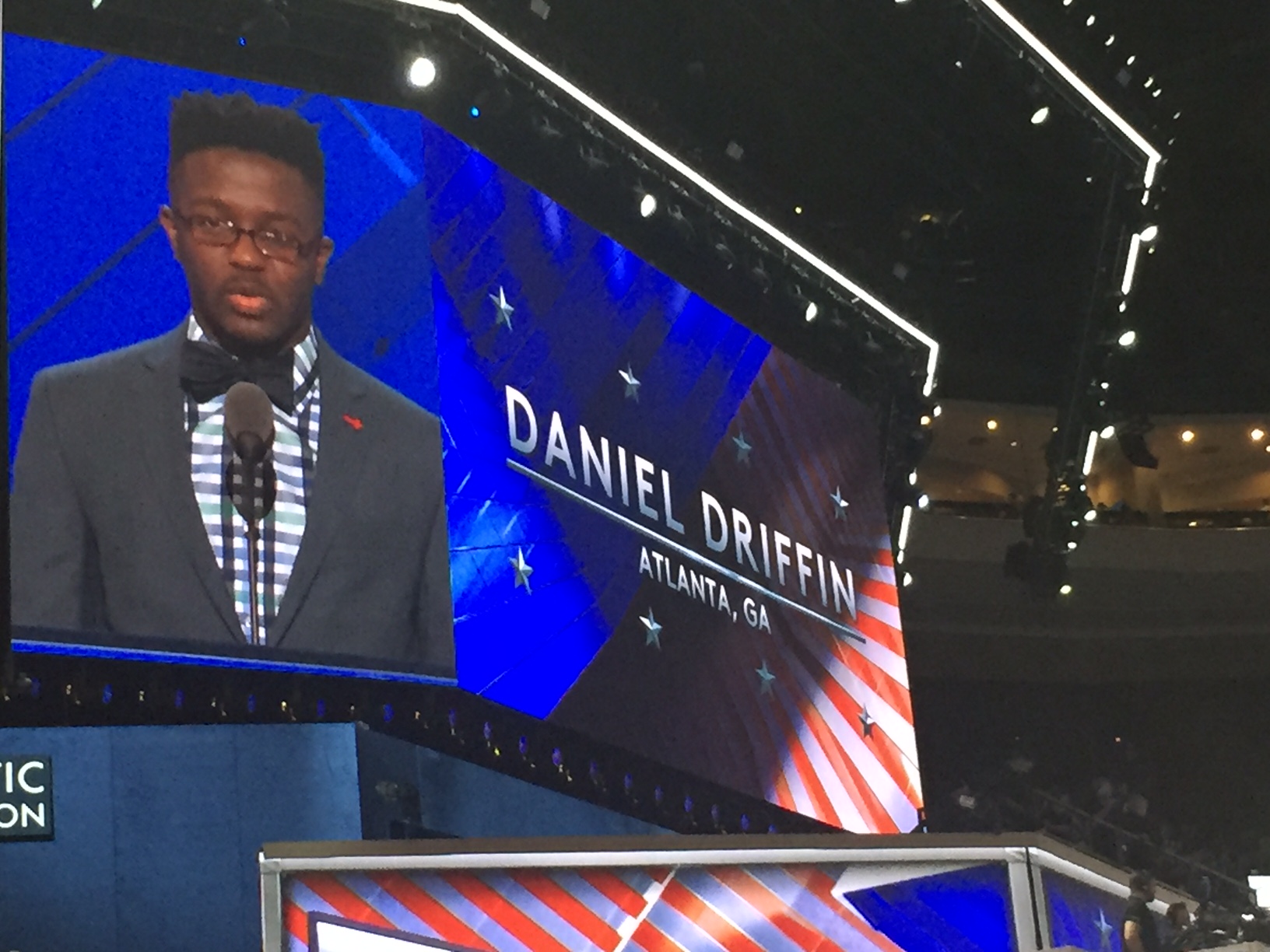 BY DANIEL DRIFFIN  |  Transcript  |  Together with more than 1 million Americans, I’m living with HIV.

When the HIV/AIDS epidemic first emerged in the 1980s, I wasn’t born yet. It was a mysterious virus then, a deadly one, too. It seemed to be picking off gay men one by one.

The community spoke out so that policymakers would take notice. And while some ignored their voices, Hillary Clinton listened. She advocated for increased funding for prevention and research as First Lady and then worked to increase that funding in the Senate. She defended the Ryan White Care Act, and she worked to expand resources for testing and education. As Secretary of State, Hillary helped ensure that 6.7 million people around the world got access to antiretroviral treatment. And she cracked down on the stigma around the virus, and helped lift the travel ban that prevented people with HIV/AIDS from entering our country.

As a result of her work and the work of so many others, many who are here tonight, the number of new HIV diagnoses are on the decline in the United States by nearly 20 percent over the last decade.

Still, I’m living with HIV, and so many others are.

Who is most at risk? Young, gay black men. Men like me. In fact, one in two black gay men will be diagnosed in their lifetime if the current rates continue. And if we had enough data, I’m sure black transgender women are more at risk, too.

So, what do we do to fight HIV/AIDS today? We invest in research and education. We expand treatment and prevention. And we elect Hillary Clinton. With Hillary Clinton as our president, I believe that we can meet our goal of an AIDS-free generation.

So as an organizer, as an advocate, as a black man, as a gay man, as a man living with HIV, I ask you: Go get tested, and then go vote.