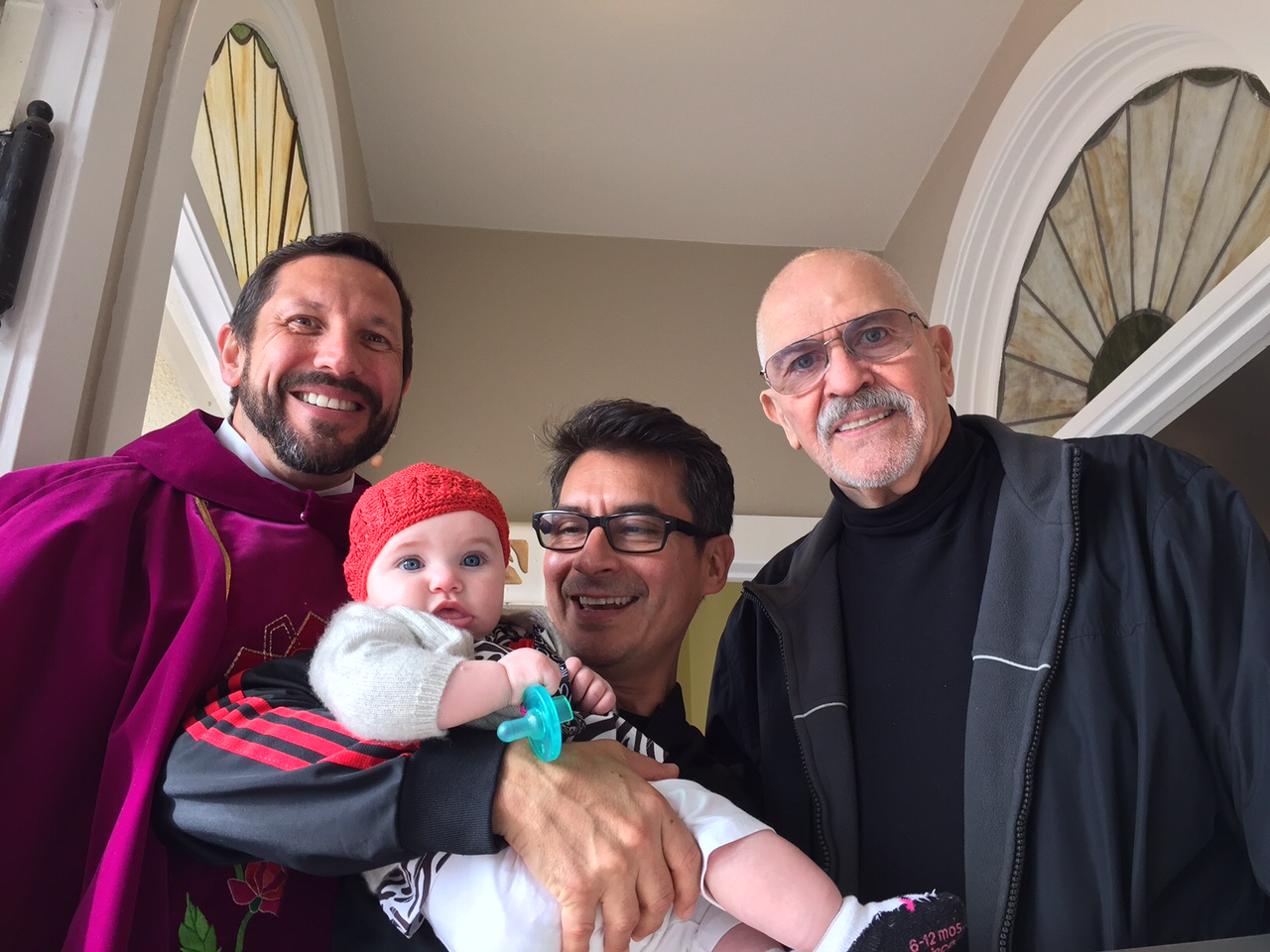 BY REVEREND DR. NEIL G. CAZARES-THOMAS  |  Troy Perry is a legend.  A bold statement, some might say.

However, in my opinion he is a prophet, a pioneer, a saint and a religious leader.  He is also a brother, a husband, a father and a spiritual ambassador who showed LGBTQ people of faith they can reclaim faith and reconcile sexuality while celebrating a religious heritage.

On October 6, 1968, after a suicide attempt, Perry felt called to return to his faith and to create a place for gay people to worship God openly and freely.

He is the only living founder of Christopher Street West, the organizers of LA Pride, a group that he began with Morris Kight and Bob Humphries, another minister, in 1970.

Twelve people turned up for the first service, and, according to Reverend Perry, “Nine were my friends who came to console me and to laugh, and three came as a result of the ad.”  The church grew rapidly and within six months it had moved to a theater that could accommodate 600. In 1971, the group bought a building and over a thousand members attended the dedication.  News of Perry and his new denomination spread throughout the USA and congregations emerged around the country.

MCC buildings, including the original “Mother Church” in Los Angeles, were targeted by arsonists.  But Perry persevered and his brand of theology, which has been described as activist theology,  was on display from the churches beginning.  Perry performed same sex unions as early as 1970 and ordained women as pastors as early as 1972.  He has also been on numerous hunger strikes in support of LGBTQ causes and rights.

At its peak MCC claimed over 300 congregations in 18 countries.  Some of the fastest growing regions of growth today are in parts of the world that are just beginning to grapple with the questions of acceptance of sexuality and reconciliation of spirituality, places like Latin America and Asia.  A 2007 documentary film, titled “Call Me Troy” tells the story of his life and legacy, including his journey in founding MCC and his struggles as a civil rights leader in the gay community.

Reverend Perry’s activism is well documented and has included positions on a number of boards of gay, lesbian, bisexual, and transgender organizations.

Perry has been a powerful force in the political arena as well.  He worked to oppose Anita Bryant in the Save the Children campaign in 1977 that sought to overturn an anti-discrimination ordinance passed by the city of Miami.  He fought vigorously to oppose the Briggs Initiative in California, a law that prohibited gay and lesbian teachers from working in California public schools. The Briggs Initiative was soundly defeated in 1978.

In 1978 he was honored by the ACLU (American Civil Rights Union) Lesbian and Gay Rights Chapter with its Humanitarian Award. He holds honorary doctorates from Episcopal Divinity School in Boston, Samaritan College (Los Angeles), and La Sierra University in Santa Monica, California for his work in civil rights, and was lauded by the Gay Press Association with its Humanitarian Award.

Noted for his pioneering work on Marriage Equality (long before it became a part of the mainstream LGBTQ movement), Perry married his long term partner, Phillip Ray DeBlieck at the Metropolitan Community Church of Toronto.  He later sued the United States for recognition of their marriage.  He won that case, validating thousands of marriages for lesbian and gay couples who had married outside the country.  This case was an integral part of the legal arguments that would ultimately overturned Prop 8 in California and helped bring about marriage equality in the United States.

He retired as Moderator of MCC in 2005, and is now a noted public speaker and author.

Troy keeps a keen eye on the community and remains one of the leading thinkers about the meaning of our journey.

Of the current LA Pride controversy, Troy says “Our legacy is important.  Other minority groups are very fortunate in that they have children they could tell their stories of what it was like growing up within the African-American community or the Latin community in this country. In the LGBT community having children is a new phenomena except for those who were heterosexual married such as myself or through adoption,” he said.

After a lifetime we all need to heed his words when he says we need to remember. “Like it or not, that’s the probably the basis of the struggle that is going on now around pride weekend,” Troy says.

In my opinion Reverend Perry holds a vaunted place in LGBT as one who gave rebirth to the spiritual revival of the LGBTQ community. In his pioneering role and birth of Metropolitan Community Churches, which served a political and psychological role during the darkest day of the AIDS crisis, his contributions are immeasurable.  His work has resulted in most major Protestant denominations reconsidering their views homosexuality, helping to advance a movement of “Open and Affirming” churches and denominations today.