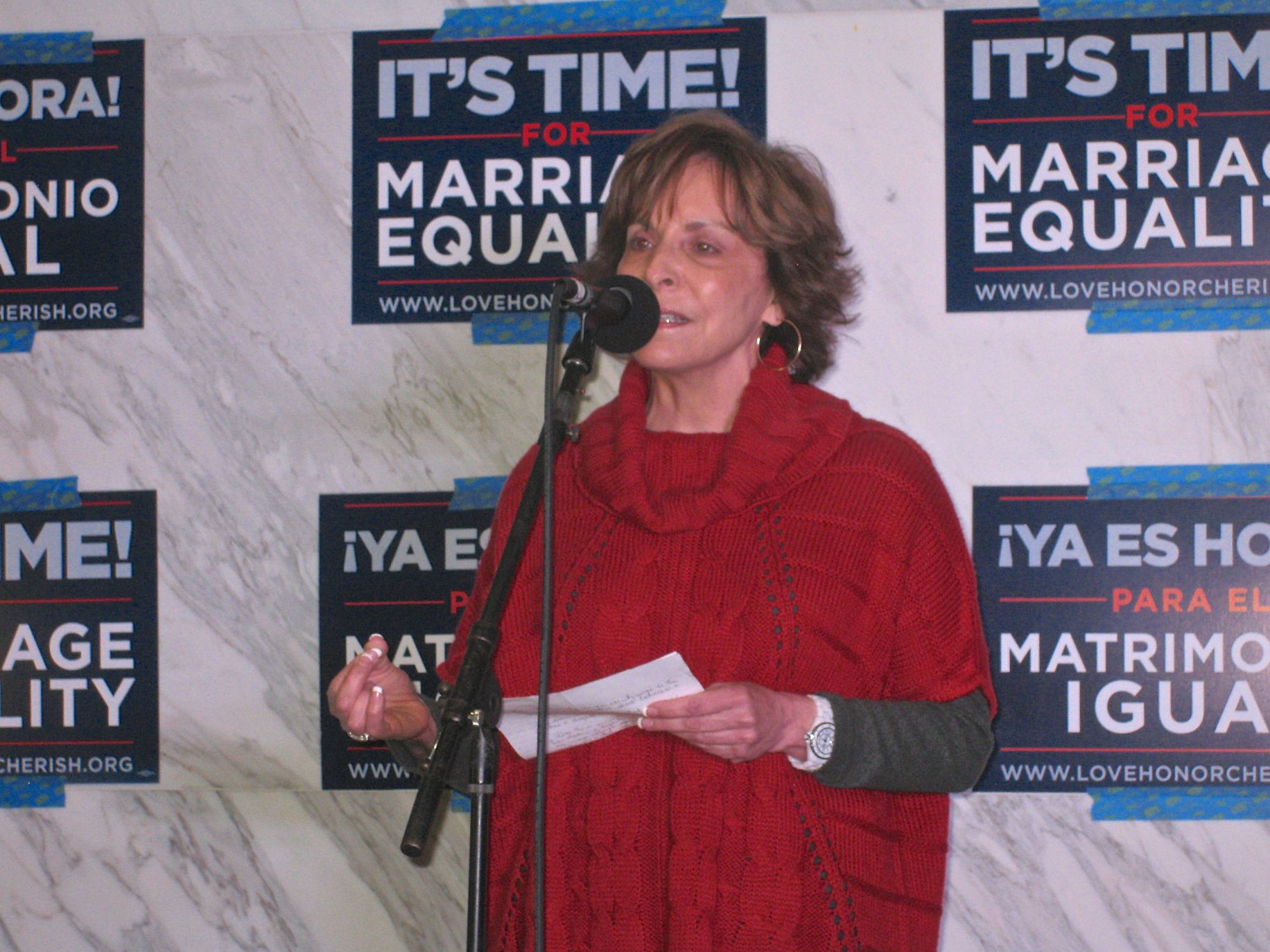 BY KAREN OCAMB  |  Growing up, Diane Abbitt never expected “lesbian activist” to be on her resume. But in college she met Roberta Bennett, the two married fraternity brothers, had kids and fell in love. Abbitt’s life forever changed when she sought a divorce and her husband demanded their two small sons. The lesbian couple went to law school at night to learn how to fight for custody of their children.

Personifying the feminist saying “the personal is political,” the two founded NOW’s Lesbian Rights Task Force. Abbitt, who officially coming out in 1973, soon became enmeshed in politics in 1976 after her friend Peter Scott asked her to join the board of the all-male political action committee, MECLA, the Municipal Elections Committee of Los Angeles. David Mixner, who had just successfully managed Mayor Tom Bradley’s reelection campaign, also signed up — and came out. MECLA’s political power scored in the 1977 city elections and exploded in 1978 when MECLA helped organize the grassroots No on 64 campaign to defeat the Anita Bryant-inspired anti-gay Briggs Initiative.

Abbitt recalled those days when introducing Arkansas Gov. Bill Clinton on May 11, 1992 at an ANGLE community fundraiser at the Palace Theatre in Hollywood, calling it “the biggest presidential rally ever held by the gay and lesbian community.” When MECLA started, Abbitt said, “we couldn’t raise money out of our own community. We were too scared. And when we did raise money, the politicians wouldn’t accept it.” But, she said, with Dr. Scott Hitt on one side, and Clinton on the other, “times have changed.”

Indeed, they had. AIDS hit the gay community like an unstoppable blinding hurricane, leaving devastation and death in its long wake. Abbitt had joined Dr. Joel Weisman, co-author with Dr. Michael Gottlieb of the first CDC article about HIV/AIDS, in becoming the first board co-chairs of AIDS Project Los Angeles. Abbitt would lose scores of close friends, including Peter Scott, whose very name still brings tears to her eyes.

Abbitt’s fight has included serving on the boards of the Human Rights Campaign, Equality California, Freedom to Marry and the Gay Men’s Chorus of Los Angeles, advocating for change. And at holiday gatherings hosted with her beloved life and business partner Bernadette Abbruzze, Abbitt is still a leader, making sure her extended family and close friends— including her former law clerk John Duran and his longtime partner, Mark Morris—have everything they need.

Abbitt is widely respected as a “checkbook activist,” an “A-gay”—but she has never forgotten her roots. At a 2012 rally in West Hollywood celebrating the 9th Circuit ruling on Prop 8, Abbitt told the gathering that after domestic partnerships passed in 2003, “we thought we had the world. And then came marriage. And people in our own community said, ‘Don’t rock the boat.’ But look what happens when you rock the boat! And the only reason that worked was because of you….So yes, thank you to all of our leaders….But most of all – thank you to every single person who decided it was time to come out, to be seen and to be heard. And together, we will win, forever.”