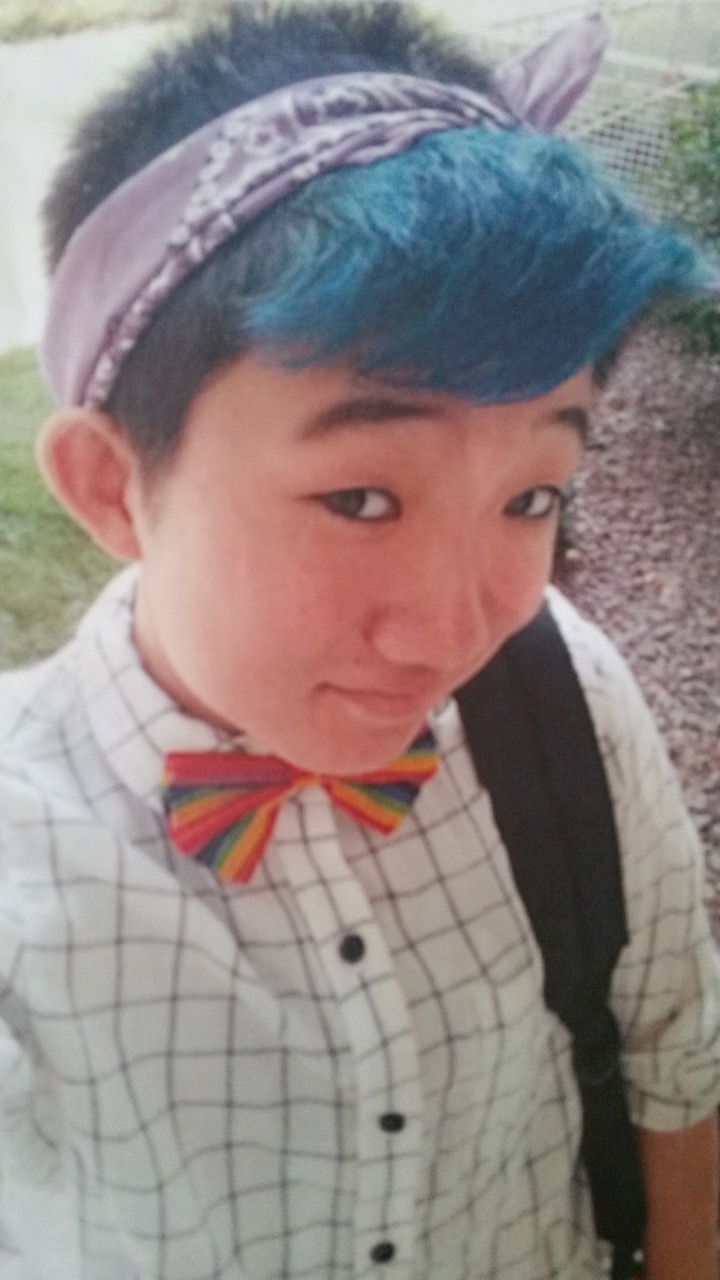 BY KAREN OCAMB  |  The price of authenticity is dear. Coming out to embrace the freedom of one’s true self can cost an LGBT person the love of family, community acceptance and the potential for a promising future in a culture rife with homophobia.

Luckily, in 2016, there are role models and culturally competent support systems visible through the closet with glass doors. Help can be just a phone call away, including for those who only speak and understand Spanish.

But what of LGBT people of Asian Pacific Islander descent, both immigrant and American-born, for whom there is no word in their many languages for being gay, lesbian, bisexual or transgender?

Data from a U.S. Census/American Community Survey taken from 2009 to 2013 found that 60.3 million residents—more than one in five people over the age of 5—speaks a language other than English at home. Spanish was the top alternative language, followed by 2.9 million who speak Chinese at home. Not unsurprisingly, in metro areas, the numbers of alternative languages are high.

In Los Angeles, the survey indicates that 54% of residents speak one of at least 185 different languages at home. The survey also found that Asian-American immigrants have a far more difficult time mastering English than Latinos.

But what is not taken into account is just how many languages fall under the API umbrella, including Chinese, Japanese, Korean, Mon-Khmer/Cambodia, Hmong, Thai, Laotian, Vietnamese, Tongan, as well as Hindi and Urdu—and that’s leaving out dialects. Tagalog, for instance, is one of 185 languages spoken in the Philippines. Additionally, a report by the Asian Pacific American Legal Center of Southern California and the Cyrus Chung Ying Tang Foundation found that 43% of Asians in L.A. County experience disproportionately limited English proficiency.

Coming out for LGBT Asians is not only a linguistic nightmare but a profound cultural burden. They face shaming their parents in a tight-knit community prone to shunning those out of favor.

But in a way Western-raised LGBTs might not comprehend, Asian LGBT people bear the deep responsibility of dishonoring their revered ancestors. Suicide is deemed a more honorable recourse.

Some Asian families are choosing their LGBT children over centuries of inculcated cultural tradition. The National Queer Asian Pacific Islander Alliance (NQAPIA) has launched an historic Family Acceptance Campaign “designed to bridge the cultural divide that prevents Asian American, South Asian, Southeast Asian, and Pacific Islander (API) children from coming out to their parents. In contrast to the western dynamic, API parents are now opening the closet door for their children.”

The new campaign was announced at a May 17 news conference in New York where NQAPIA unveiled a series of emotionally-moving television ads entitled “Family Is Still Family.” The life-affirming public service announcements presented in English, Chinese (Mandarin and Cantonese dialects), Hindi, Korean, Japanese Vietnamese and Tagalog will run on major international Asian TV networks in the U.S. during June for LGBT Pride month.

Additionally, NQAPIA will hold in-person workshops in several cities presented by API parents of LGBT children.  The message to other parents is simple: “offer your LGBTQ child a lifeline, support their coming out, and keep the family strong and unified.”

“For generations, a culture of shame and misinformation has kept Asian American youth in the closet,” Glenn Magpantay, Executive Director of NQAPIA, said at the news conference. “Our new Asian Family Acceptance Campaign will break this cycle of shame and suicide by helping API parents, many who are immigrants and bilingual, to open the door to unconditional love and acceptance for their LGBT children.”

Joanne Lee was among several supporters with powerful stories at the news conference.

The mother of two children, Avi and Skylar, both born biologically female, Lee said her life changed two years ago when her children came out as transgender.

“I was in shock and didn’t accept them as transgender sons. It was because of my Asian culture, my upbringing, my traditions. I saw their announcements as a dishonor to the family,” Lee said at the news conference. “I was torn between my Asian traditions and my love for my transgender children.”

Slowly she started to accept Avi and Skylar but “my progress was too slow. Skylar was 16 years old and a fierce activist for racial justice. But he was also suffering from depression. On Sept. 28, 2015, Skylar took his own life.”

Lee’s heartbreak was also a turning point. “Until that day, I didn’t really understand what it is like to be a transgender and the issues they have,” she said. “Finally I understood it, but it cost my child’s life.”

Lee does not want Sylar’s death to be in vain. On the day of his funeral, she pledged “to save the lives of transgender people everywhere. That is why I am proud to stand here with the people of NQAPIA, who share my mission,” she said. “All communities want a better future for children. Equal opportunities, dignity, safe environment, freedom and equality for their children.

“Let us commit together to our LGBT children. All of them. It is not justice if we leave behind members of our community. We must change the world and give them freedom and equal opportunity. Give them a better future. Please join me to fight against oppression. In memory of Skylar and all the transgender people who have lost their lives.”

By Karen Ocamb May 19, 2016
in FEATURES, TRANS
Related Posts