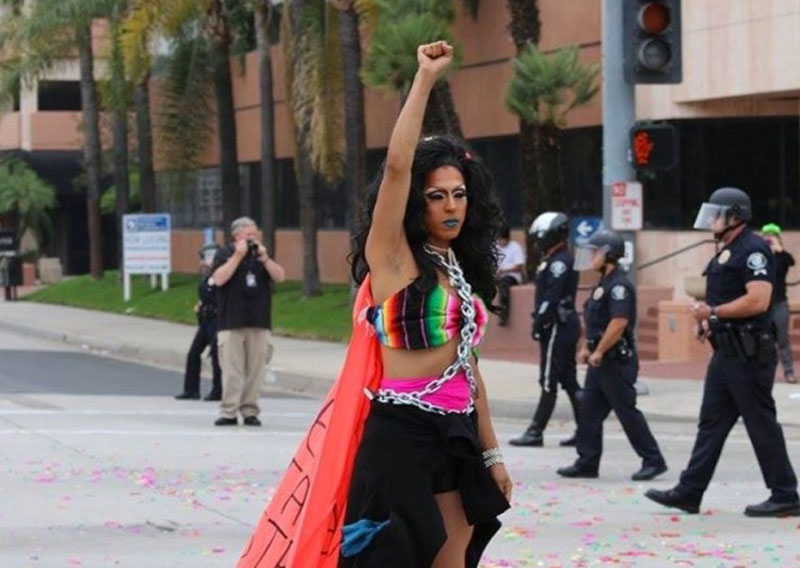 BY SETH HEMMELGARN |  Congressman Mike Honda (D-San Jose) and other lawmakers recently told the head of the U.S. Department of Homeland Security that efforts to improve treatment of LGBT detainees “fall short” of their goal.

In a March 23 letter to DHS Secretary Jeh Johnson highlighting sexual assault, “inconsistent” health care, and other problems, the lawmakers said LGBT people who are being held by U.S. Immigration and Custom Enforcement “are among the most vulnerable” in the agency’s custody, “and our policies must reflect the unique circumstances this population faces and protect them from mistreatment.”

Transgender immigrants account for less than 1 percent of the people in ICE custody, but “they reported 20 percent of sexual assaults,” Honda’s office said, citing the Government Accountability Office.

“DHS created a policy to protect LGBT detainees, yet not one of their facilities has implemented this policy,” Honda, who has a trans granddaughter, said in a news release. “Our treatment of our fellow human beings in this instance is a disgrace and not appropriate for the government of the United States of America. We are calling on Secretary Johnson to do the right thing.”

Citing a June 2015 House letter, the lawmakers said, “transgender detainees face high incidence of sexual assault. We are glad that the memorandum attempts to provide an infrastructure for housing transgender people based on their gender identity, but the lack of its implementation on any facility, and the fact that each facility can decide whether or not to adopt the contract modification, undermine its success,” among other concerns.

DHS’s “decision to transfer transgender women detainees” to the facility “is a case-in-point for why a uniform policy is desperately needed,” the lawmakers said. As a recent complaint outlined, they said, the jail “routinely subjects all detainees to invasive and unreasonable strip searches due to its combined immigrant and local jail populations. While ICE is required to consider such factors as legal representation, familial ties to the community, place of residence, and where an individual feels safest, reports indicate that transfers to Santa Ana are taking place involuntarily and without regard for such factors.”

The lawmakers said given “myriad” concerns, “we urge you to parole or utilize community-based alternatives to detention for LGBT individuals whenever possible under your existing discretionary authority, or where you determine it is necessary for the safety of the individual.”

The letter includes several questions, including what the timeline is for implementing the Transgender Care Memorandum.

DHS spokespeople responded to an email about the lawmakers’ letter by saying, “ICE is committed to providing a safe, secure, and respectful environment for all those in our custody, including those individuals who identify as transgender.”

A spokesman for the Santa Ana jail couldn’t immediately provide comment for this story.

Meanwhile, New York-based Human Rights Watch released a report March 23 showing that dozens of trans women, including people who’ve fled abuse in their home countries to seek asylum in the U.S., “are locked up in jails or prison-like immigration detention centers across the country at any point in time. … Many have been subjected to sexual assault and ill treatment in detention, while others are held in indefinite solitary confinement,” the group said in a news release. The report – “Do you see how much I’m suffering here?” – is available at http://www.hrw.org.

San Francisco concerns
In San Francisco, the sheriff’s department, which oversees the city’s jails, has also been addressing its treatment of trans inmates. Former Sheriff Ross Mirkarimi announced last year he planned to stop classifying transgender inmates who have not had surgery according to their birth sex. The existing policy has meant that many trans women are housed in men’s facilities.

In an interview Tuesday, Eileen Hirst, chief of staff for current Sheriff Vicki Hennessy, said the agency hopes to start moving trans women into the jail that houses cis women in mid-April.

New guidance posted last week by the National Prison Rape Elimination Act Resource Center “makes clear that housing transgender people based solely on sexual anatomy is not ‘case by case,'” according to a news release from the National Center for Transgender Equality and Just Detention International. “Instead, detention facilities must seriously consider all factors relevant to keeping a person safe, including their gender identity … .”

Chris Daley, who serves as Just Detention’s deputy director and has been working with the San Francisco Sheriff’s Department on the issue, said in an email that the agency “is currently not in compliance with this guidance, but Sheriff Hennessy continues to push hard to increase safety for transgender people in her jails. I’m optimistic that we’ll see an interim housing policy that brings the department into compliance in the near future thanks to her commitment to this issue.”