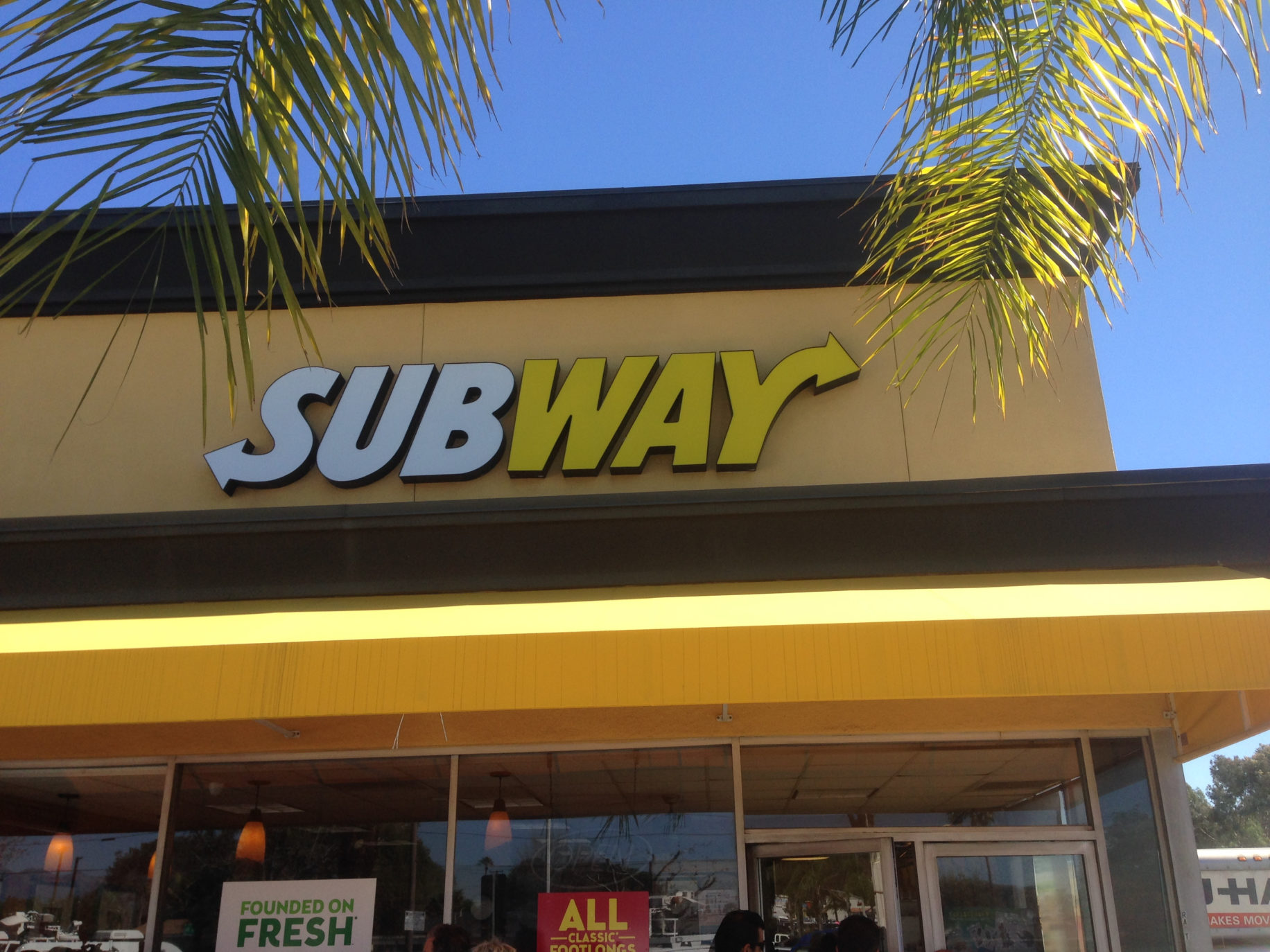 BY REBEKAH KEARN (Court News Service)  |  A Subway restaurant employee harassed a transgender woman by calling her “sir” and falsely accusing her of shoplifting, the woman claims in court.

“I was surprised to hear it,” her Los Angeles-based attorney Steven Haney told Courthouse News. “I would like to have thought that we have progressed enough to treat people equally, that LGBT people could be treated fairly.

“I’m embarrassed for Subway to have people working for it who see someone different and instead of serving them, they ridicule them. It’s a shame.”

Subway, which touts its sandwiches as being lower in calories than traditional fast food fare, made headlines last year when its longtime spokesman, Jared Fogel, was convicted of pedophilia.

“And now from the company that brought you a convicted pedophile as a spokesperson, there is the abhorrent conduct discriminating against the LGBT community that gives rise to this lawsuit,” the complaint states.

Cabrera, 26, is a transgender person who identifies as female, and all her identification documents reflect this, according to the complaint.

After buying gas at a Chevron station on Maricopa Highway, Cabrera says, she went to the Subway next door to buy a sandwich for dinner. It was 8:30 p.m. on July 3 last year.

First, though, she stopped by the gas station store to buy something. The complaint does not specify what.

Though she was “nicely dressed as a woman,” wearing jewelry and makeup and a “womanly purse,” “augmented breasts,” and long hair, the employee at the counter insisted on calling her “’sir’ in an attempt to harass, embarrass and humiliate plaintiff. Plaintiff quickly and politely corrected Doe 1 that she was a woman and should be addressed as such,” the complaint states.

Attorney Haney said he asked Subway for the employee’s name, but it refused to cooperate. All he and Cabrera know is that the employee is of Indian descent, he said.

After making her purchase, Cabrera says, she headed to the Subway to buy a sandwich. But the harassing employee followed her and despite having just been corrected about her gender, said, “’May I see your receipt for that item, sir?’ When plaintiff again politely corrected Doe 1 by saying that she was a woman, Doe 1 began to laugh and he rudely stated ‘whatever you say, sir.’ Two other female Soni [Subway] employees, also of Indian descent, joined in the harassment by laughing and waving their hands in the air as they taunted plaintiff,” the complaint states.

The man then falsely accused Cabrera of shoplifting, and though she denied it, he “persisted in harassing plaintiff by falsely publically accusing plaintiff of a crime,” according to the complaint.

It continues: “Plaintiff fled the restaurant. Doe 1 followed her out and shouted, ‘Have a nice day, sir,’ as he continued to laugh. Plaintiff was in tears and could not safely drive her car for over thirty minutes. Her Independence Day weekend was ruined.”

Cabrera says the public humiliation caused her to suffer anxiety, depression, and emotional distress, and loss of wages and earning capacity.

Haney told Courthouse News he asked Subway to resolve the problem by firing the man, but it refused.

“We tried to get Subway to accommodate us, but we were met with a brick wall. You’d think Subway would be more conscious of its publicity with Jared Fogel sitting in a prison cell for pedophilia, but it doesn’t seem to faze them,” he said.

Cabrera says in her complaint that Subway’s lackadaisical approach to managing its franchises, its laissez-faire attitude toward training its employees, and its propensity to retain bigoted and prejudiced people “has caused Subway to be ruefully thought of as a company that does not pay attention to details or the concerns and feelings of its customers.”

An employee who answered the phone at the restaurant where Cabrera says she was harassed said the manager was not available Friday, and asked Courthouse News to call back Saturday morning.

That call received a similar response.

Attorney Haney is a partner with Haney & Young.