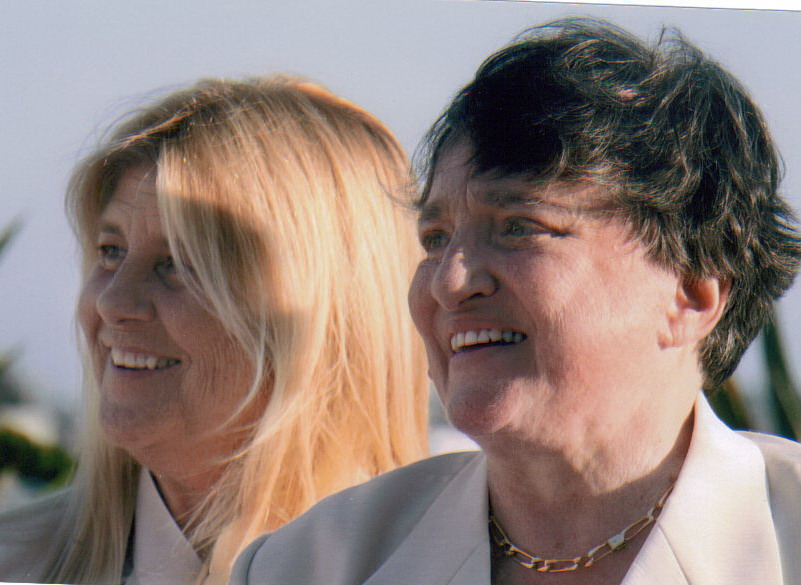 BY LILLIAN FADERMAN  |   Robin Tyler, currently Executive Director of the Equality Campaign, is a pioneer in the grassroots struggle for LGBTI civil rights. Tyler and Diane Olson became heroes to many when, in February 2001, after they’d been together for nine years, they turned their personal fight to marry into a public case for the world to see.  They repeatedly demanded of the County of Los Angeles the right to marry, and they were the first lesbian plaintiffs in a California Supreme Court lawsuit that challenged the ban on same-sex marriage (Tyler et al v County of LA).

The suit became a crucial part of the new civil rights movement of this century, one of the starting points of what some have called “the Second Stonewall.” The May 2008 decision of the California Supreme Court in Tyler et al v. County of LA is of historical importance. It granted equal marriage rights to same-sex couples; and also, through the judges’ decree, gay men and lesbians were granted status as a “suspect class”: that is, they were finally recognized as a legitimate minority that has historically suffered unconstitutional discrimination and is entitled to equal protection under the law.

The County of Los Angeles recognized Robin and Diane as leaders in the marriage fight by permitting them to receive a marriage license on June 16, 2008—the evening before licenses were available to same-sex couples at large.  S

urrounded by loved ones and the international media, they were married in front of the Beverly Hills Courthouse—where they had been denied their license every Valentine’s Day for the preceding seven years. The City Council unanimously voted that June 16, their wedding day, be forever known as “Marriage Equality Day” in Los Angeles. On June 27, 2008, the City of Los Angeles bestowed on Robin and Diane a special community service award for being the original plaintiffs in the monumental same-sex marriage case. They were dubbed “the Rosa Parks of the lesbian and gay movement.”

Robin Tyler’s battle for marriage equality was not the first time she’d stood up for important social causes. Through the decades, she’s been an activist, speaker, and special event producer for the anti-war, LGBT, AIDS and women’s movements.

Most notably, she was the main stage producer of the 1979, 1987, and 1993 Marches on Washington for LGBT rights. In 2000, she was the co-founder and national rally coordinator for StopDrLaura.com, a campaign against the quackery of Dr. Laura Schlesinger, a radio personality who routinely spread homophobia over the airwaves.

In 2003, when the US Supreme Court was considering the sodomy case of Lawrence v. Texas, Robin co-organized national demonstrations around the country; and when the Court declared that sodomy laws were unconstitutional, thousands of the engaged activists poured out onto the streets of a hundred cities to celebrate.

When California’s anti-same-sex marriage Proposition 8 qualified for the ballot in 2008, Tyler wrote and co-produced the “Stop the Hate, No on 8” Public Service Announcements. She was featured in a documentary called Annul Victory which showed tens of thousands of marriage equality supporters protesting in the streets for months after the Prop 8 “victory.”

In 2011, in response to the horrific negative mail received by the producers of Dancing with the Stars because they’d booked transman Chaz Bono for their show, Robin cofounded National Pro-Bono Viewing & Dance parties to support Chaz and all transgender and gender non-conforming lesbians and gays.

In 2013, she helped organize Day of Decision (www.Dayofdecision.org), in which over one hundred cities in twenty-five states, plus three cities in Canada, participated in a national response to the US Supreme Court decision on Prop 8. Robin’s pioneering work is the subject of a major chapter in Leading the Parade, Paul Cain’s aptly-named book about America’s most influential lesbian and gay citizens.

Canadian-born, Robin Tyler was also the first North American speaker to address major LGBT rallies in England, Canada, France, Mexico, and South Africa. She performed her comedy show in Moscow in 1990, at the first LGBT international conference in Russia, where she encouraged her audience to demand equal civil rights and an end to violence and discrimination against the LGBT community. The show drew 800 people, who had never before seen an openly gay performer on stage.

Her history as a feminist and pro-gay performer goes back to the 1970’s, when Robin was half of the female comedy team of Harrison & Tyler, and she and Pat Harrison were signed by ABC television to star in a pilot for their own show. In 2015 she was awarded the first “Outlaugh” Festival Award at the Comedy Store, for being the first lesbian or gay comic to “come out” on stage, recordings, and television. She has been called the “mother of gay comedy.”

In 2011, Robin returned to the stage in Hollywood to create her one woman comedy show, Always a Bridesmaid, Never a Groom: the Love Story behind Prop. 8  (www.robintyler.com ).  It is a Jewish comedic look at the history of the LGBT Movement, beginning with Robin’s story of growing up in an all-Jewish environment in Winnipeg, Manitoba, and progressing to her lawsuit that helped bring marriage equality to California, her marriage to Diane Olson, and their battle against Prop. 8.

In 2016 she will be filming her one woman show, Always a Bridesmaid, Never a Groom (www.robintyler.com). 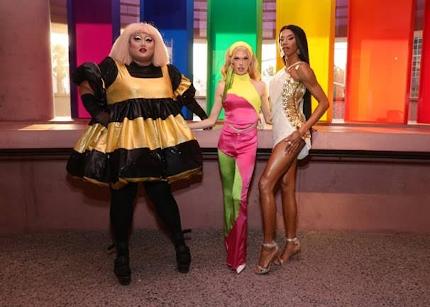 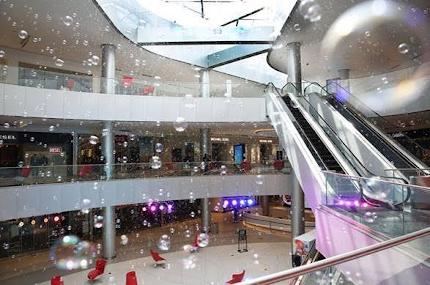 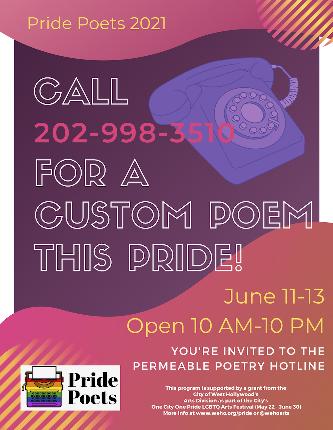 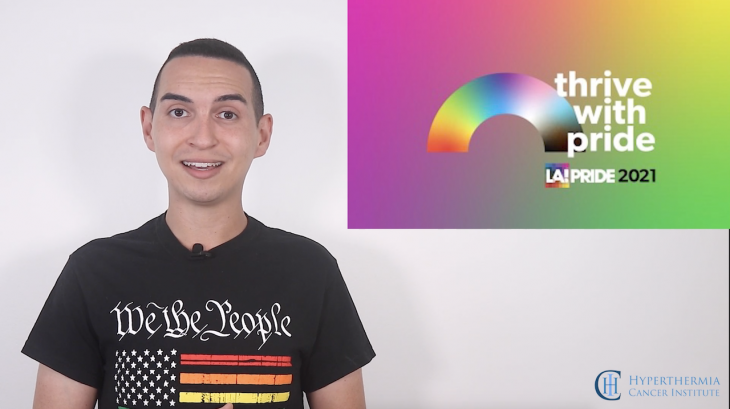 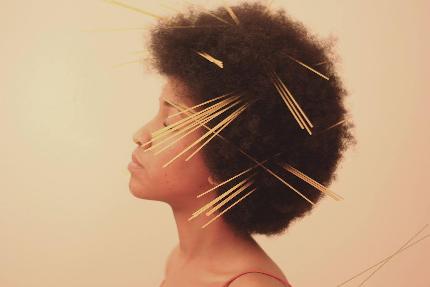 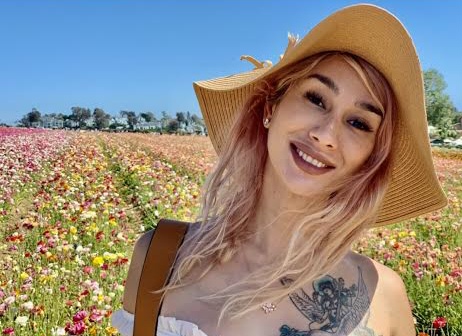 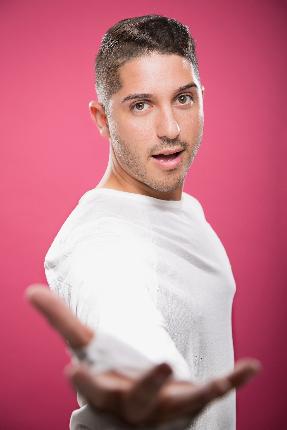 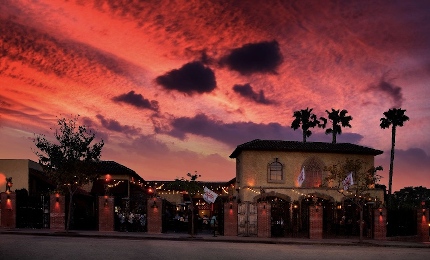 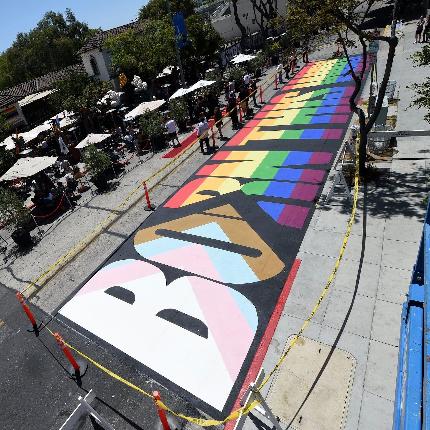 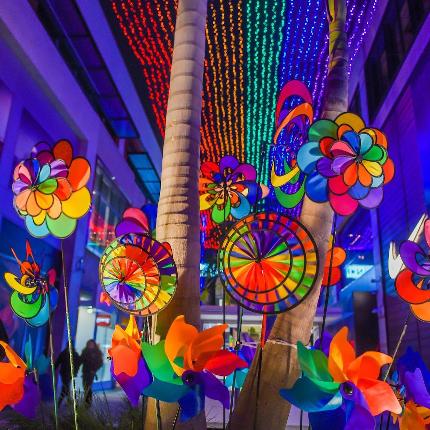 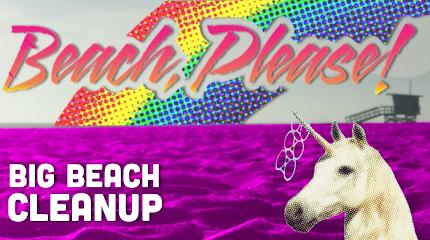 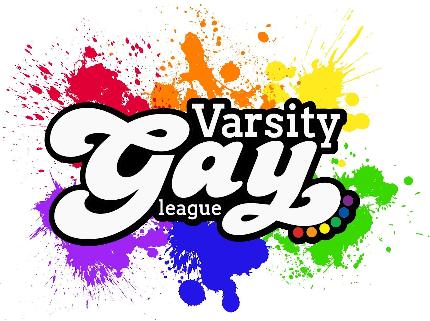 On June 18th The Grove hosted “Bingo Under The Stars” as a charitable Pride event at The Grove's Level 8....

On June 18th The Grove hosted “Bingo Under The Stars” as a charitable Pride event at The Grove's Level 8....