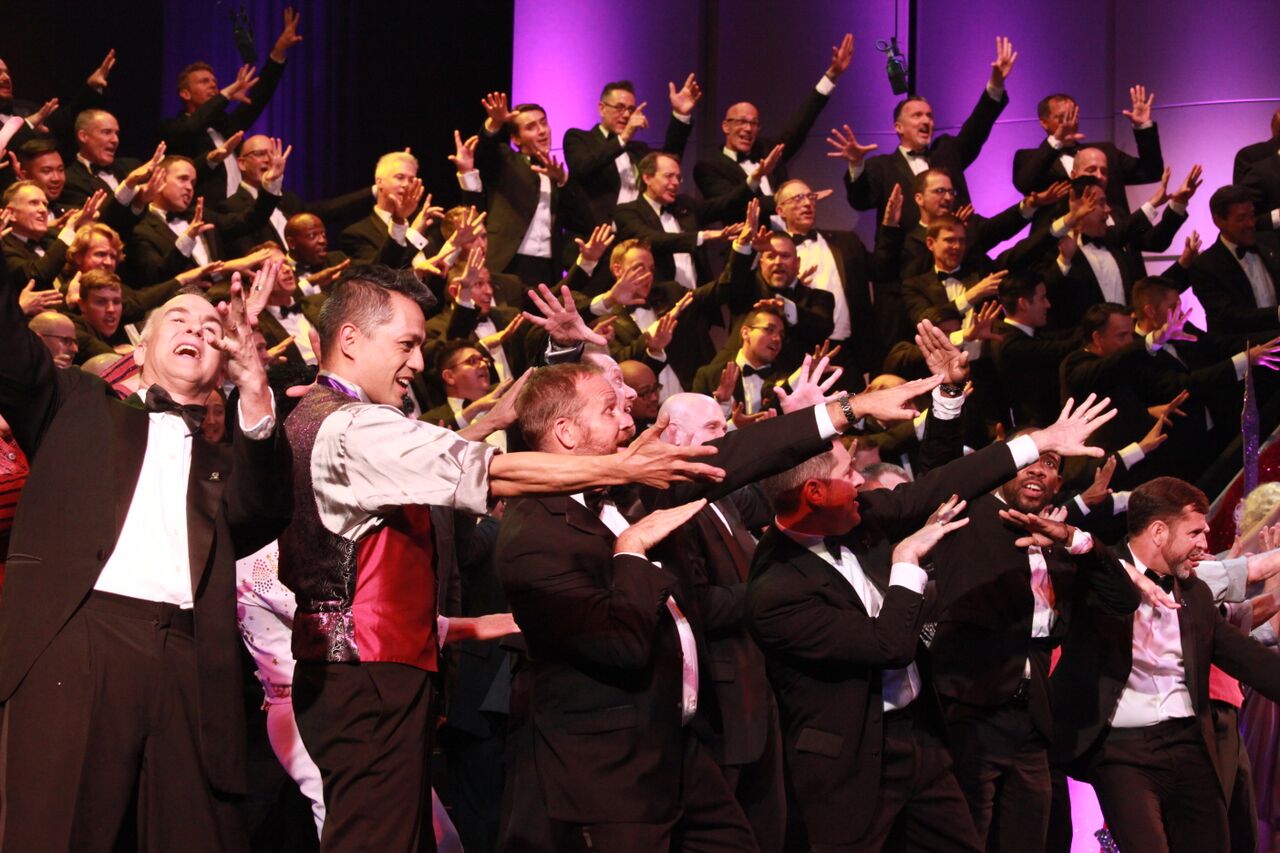 The queer institution prepares for its 40th season

In February of this year, the Gay Men’s Chorus of L.A., one of the city’s most stalwart institutions, lost its oldest member. Dick Sommers had one of the most astounding queer resumes of any Angeleno: to read it feels like checking off a list of every influential gay organization of the past 50 years.

Sommers was a member of the Gay Men’s Medicine Circle, the founder of a Pat Rocco fan club, and an organizer and co-founder of the first-ever L.A. Pride in 1970. He was there when Troy Perry and Harry Hay started to create an infrastructure for LGBTQ+ Angelenos in the 1950s and 60s in the form of the Mattachine Society. He was also there when the Gay Men’s Chorus started up in 1979.

Sommers wasn’t alone. The Gay Men’s Chorus of Los Angeles is one of the oldest institutions in the city created by and for LGBTQ+ citizens. When the choir started up, AIDS hadn’t gotten a chance to wipe out a huge chunk of the city’s queer population, along with its bathhouses, gay clubs, and organizations. In 1979, there could have been nothing more hopeful than the idea of a bunch of gay men getting together to sing their hearts out.

The chorus has survived a plague, budget problems, and numerous other obstacles to its survival. It has still managed to see in its 40th season this year. And despite facing some serious monetary setbacks, the appointment of a brand new Music Director and Conductor in USC Thornton Alumnus Ernest Harrison is giving members and fans of the 40-year-old institution new hope for its continued life on the stage.

When an L.A. Times article called attention to the chorus’s severe money and reputation problems in April, things weren’t looking great, especially with the GMCLA’s 40th anniversary approaching and the threat of insolvency looming overhead. After recent sexual misconduct allegations well as the financial mismanagement of earlier years, it was uncertain whether or not the institution could stay in business without filing for bankruptcy. Chairman Steve Holzer, in the same L.A. Times article, said that the organization was “struggling to stay alive.”

Now, at the end of 2019 and with the chorus preparing for its Holiday Spectacular show, it looks like GMCLA will keep fighting for at least another season.

Let’s hope that, with some community support and fundraising, the same chorus that showed up at Dick Sommers’ bedside during his last days will be singing its heart out for years to come.