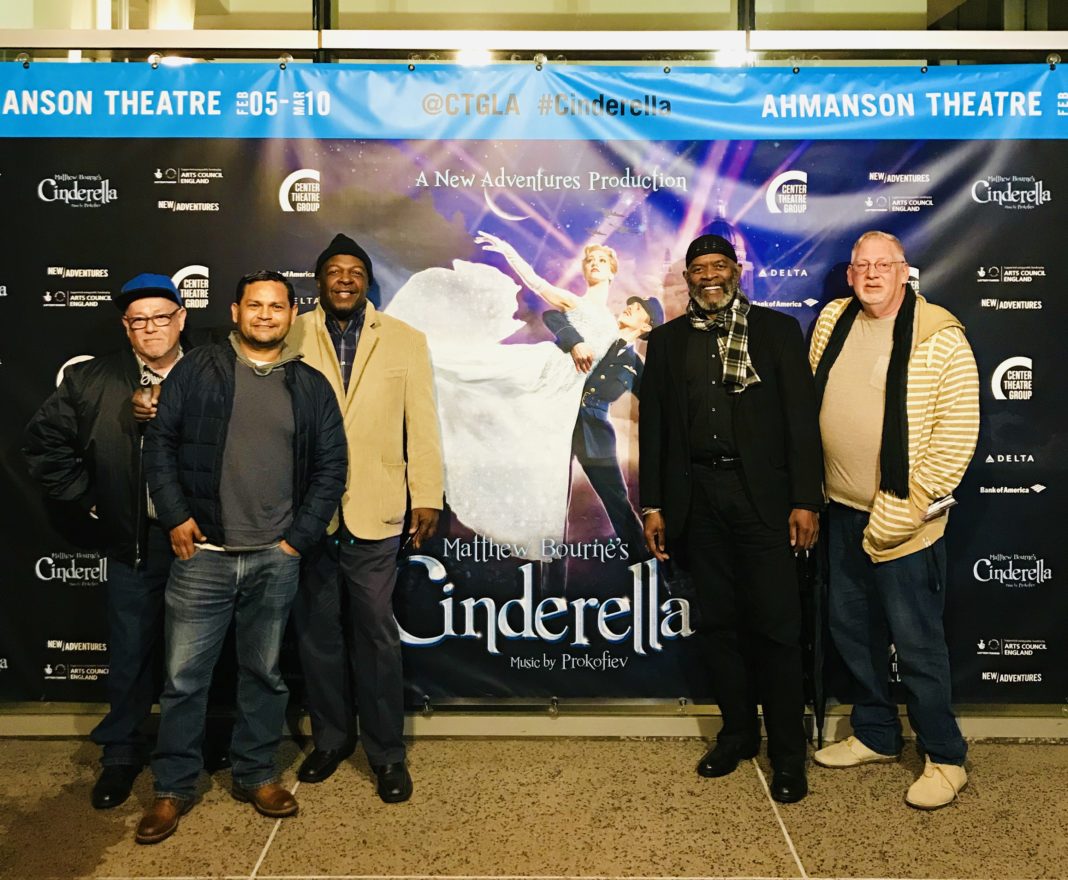 Those in the LGBTQ+ community living in the late ‘80s to the early ‘90s did the unthinkable: they survived the AIDS Crisis. Now, they are aging and thriving. But living with HIV/AIDS is no easy feat. – Advertisement –

September 18 is National HIV/AIDS and Aging Awareness Day—a day to call attention to the growing number of people living long and full lives with HIV and aging-related challenges of HIV prevention, testing, treatment, and care.

That’s where the HIVE (HIV- Elders) program comes in. HIVE launched in 2018 and is tailored for men who have sex with men (MSM) of all ethnicities who are 50 years of age and older and living with HIV. The program is designed to improve the health and well-being of this growing population of men by addressing stigma, social isolation, social support, and empowerment. Each week HIVE orchestrates meetings and events with purpose–meaning, topics are based off of an in-house study that identified the needs assessments for this group, including housing and food insecurity, stigma, isolation, depression, comorbidities, and other issues affecting people with HIV 50 and older.

Meet Frank Gulli, who currently lives in LGBT Triangle Square – the very first senior housing for LGBTQ people in the United States. It is managed by the Los Angeles LGBT Center. Frank is long-time survivor of HIV and a member of HIVE.

The Pride LA spoke with Frank about his experience. Check it out:

My name is Frank Gulli. I’m 68 years old and a proud gay man living with HIV who has fought for my rights for a long time.

In one sentence, what is the HIVE program?

The HIVE Program addresses some of the psychosocial issues that people like me, who are over 50 and living with HIV, are dealing with.

HIVE offers social connection, so we don’t isolate; life skills to deal with past trauma, coping and stress; conversation so we stay current with each other, and health education dinners so we can eat and learn about managing co-morbidities.

What is a HIVE exactly?

HIVE is an APLA Health program that stands for HIV-Elders. It is also a group with members who share the same interests in being empowered while living with HIV over 50.

What was the reason/driving factor to launch the HIVE program?

Mainly that the majority of people living with HIV in the United States are now over the age of 50 and that number will continue to increase. We have different needs than someone who is 25 who was just diagnosed with HIV and can access new medications and an established continuum of care in Los Angeles.

How does someone apply/get accepted to the HIVE program?

There is no screening process. You just choose to participate in one or more weekly HIVE events and treat each other with the respect that we deserve.

Why is HIV/AIDS and Aging Awareness Day important to the LGBTQ+ community?

It celebrates the struggles we overcame in the 80s and 90s with the AIDS crisis, the fact that we are alive when so many are not here with us, and that we are survivors, growing in numbers, here to stay.

Can you talk on being a long-time survivor of HIV?

What unique challenges come up? How do you overcome them?  I was living in San Francisco when it became ground zero of the AIDS epidemic. By 1985, the city was full of heartbreak. I was diagnosed with HIV that year, forever making 1985 a pivotal year.  There were no medical treatments, other than some antibiotics that seemed to prolong death for many. For whatever reason, maybe by the grace of God, I never got sick from HIV and I held on to hope for a better day.  In 2000, I moved to Los Angeles and was on effective medication that suppressed my virus. Life in LA was cautiously optimistic for me. I was living pretty well, despite my diagnosis, and my fear of death had gone away.  Life went on like that, but then suddenly, my new gang of friends started getting older.  I started to see a lot of isolation and unhappiness take over. I did what I could to stay healthy, connected and relevant. I got more educated on HIV, I socialized as much as possible and entertained. I believe that we are now in a place where HIV is no longer chaos and an uncontrolled crisis; however, the HIV/AIDS epidemics is still a topic that needs our attention and requires everyone’s attention. There are several organizations that do not have the funds for programs that benefit clients like me. For me it is essential to come together as one community and be able to show support and show that we are there for one another.

Is there any new or exciting information about the program or being a HIVE?

HIVE events continue to increase. There is something every week to participate in. There is a big HIVE HIV & Aging Summit for consumers, like me, on December 7 at the new LA LGBT Senior Center.  There is also a fun screening of Rocketman: the Sing Along version, on the Paramount lot for HIV/AIDS & Aging Awareness Day.