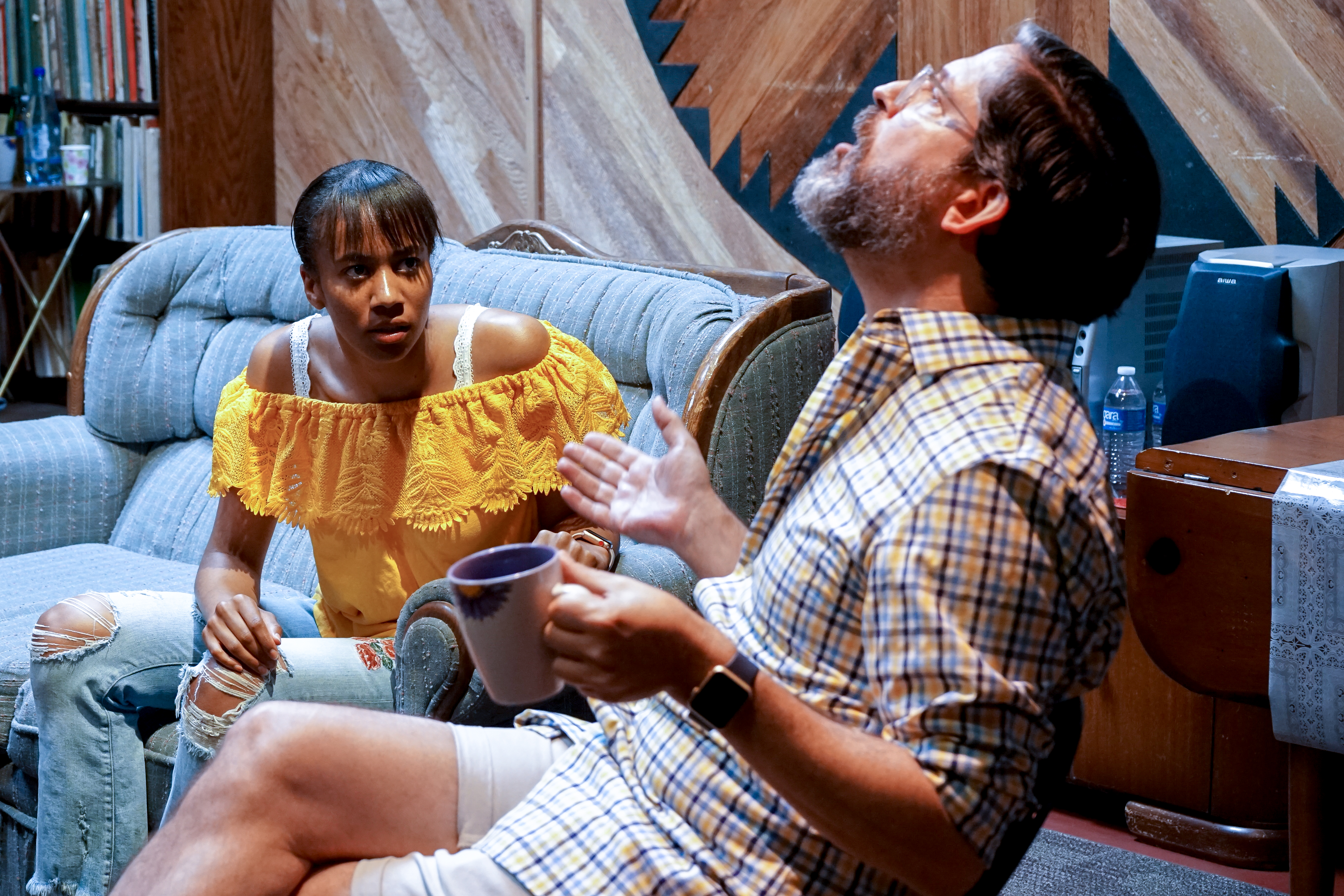 A gay high school teacher, who is about to turn 50, needs to be cajoled by his friends to embrace the future and let go of a past he struggles with – especially the Reagans’ troubling AIDS legacy.

The world premiere dramedy Nancy F***ing Reagan runs July 12 – August 4 at the Secret Rose Theatrein North Hollywood. This one of a kind production is presented by Judith Taranto, written by Daniel Hurewitz and directed by Larry Margo.

Winner of the 2018 Christopher Hewitt Award, and a finalist at the Ashland New Plays Festival in 2018, Nancy F***ing Reagan is set in Palm Springs where David’s best friend and college dean, Maggie, has organized a weekend getaway for a few friends to celebrate his birthday. But the death of the former First Lady that same week with TV coverage that whitewashes Nancy Reagan’s indifference towards AIDS, provokes David’s festering anger, reminding him how the unchecked AIDS epidemic diminished his life and left him single for so many years.

The celebration is further derailed when a student from Maggie’s college arrives at the house, demanding that Maggie address the ubiquitous racism on their school campus. Inspired by Allison’s audacity, the friends begin wrestling with the importance of their own racial and sexual identities. Their arguments, and the hilarious actions they take because of them, end up shifting their lives and relationships in new and unimagined directions.

Parking is available in the public lot across the street. The running time is 2 hours and 15 minutes including an intermission.

Tickets and more information can be found through Eventbrite at nfrnfr.eventbrite.com, or at https://www.facebook.com/nancyfreagan. Tickets can also be purchased in person 30-minutes before performances at the theatre’s box office. For discount tickets, use the promo code “NFRNFR” when purchasing on Eventbrite. A post-show discussion with members of the cast takes place after the Sunday, July 28 performance.