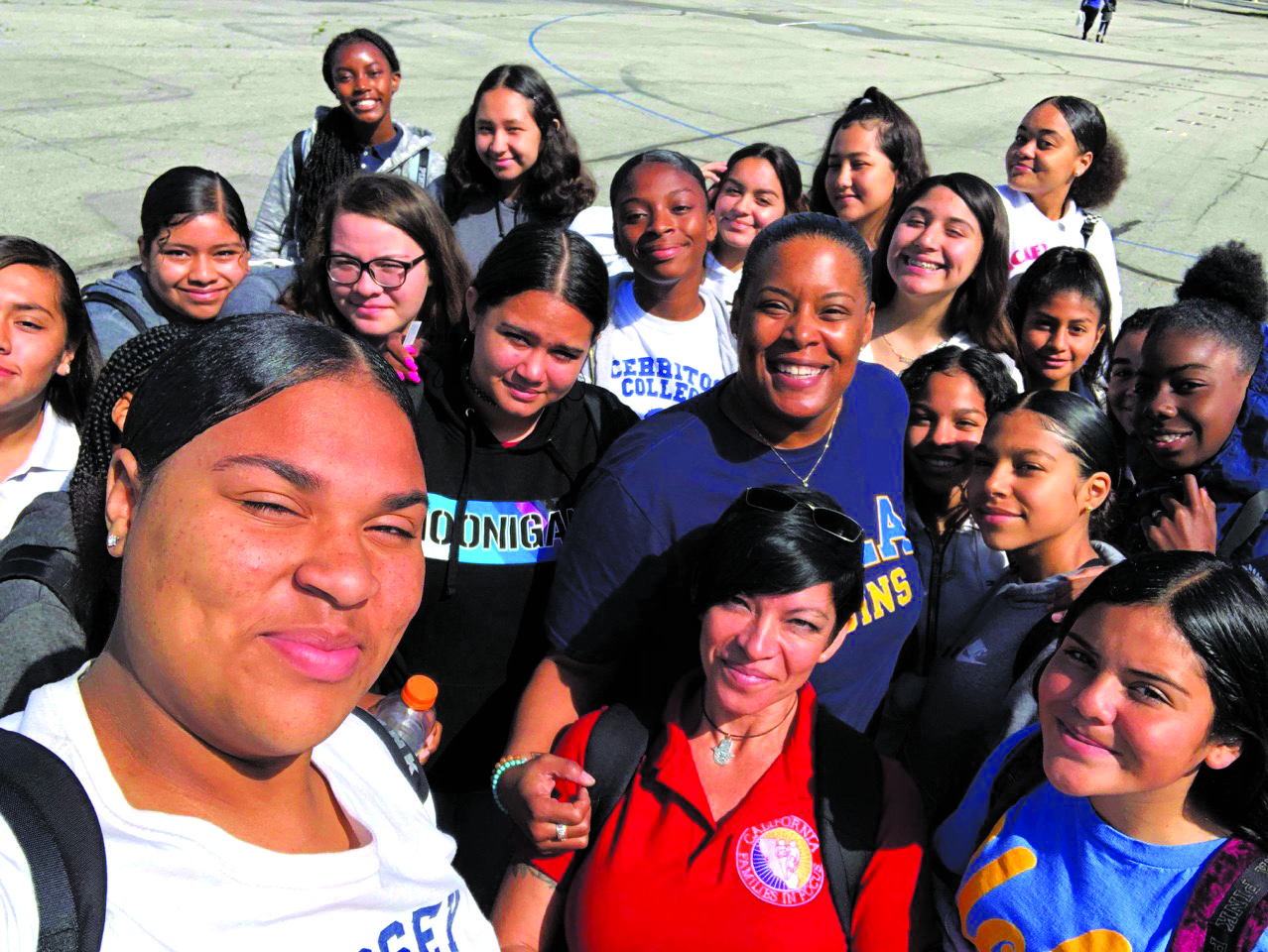 Not only do they engage with the youth, but they also help facilitate a healthier home life by educating parents as well. According to Macias, “We want the youth to heal, but we also want the parents to be able to understand that it’s important the entire family learns at the same time. You can’t help a child and then send them back to a broken home.”

Early on in life, Macias struggled with her own identity as she faced abuse both at home and in school.

“I was one of those troubled teens. I grew up in a home where domestic violence was very prevalent. At school I was bullied because I was an immigrant, and we were very poor. Kids made fun of me and bullied me. It didn’t feel good to go to school.” Macias continued, “Being bullied at school and having this horrible life at home, I started rebelling. We lived next to the projects, and I became involved with gangs and drugs.”

By the time Macias turned 12, she knew she liked girls. “I didn’t know what being gay was. All I knew was that I was attracted to this one girl. My mother happened to catch us. She beat the heck out of me and told the girl to leave. She told me that I was going to go to hell. My dad told me that he would rather have a dead child than a gay child.”

After tumultuous and abusive relationships and a marriage in which Macias struggled to fit into societal norms, Macias met the love of her life, Kimberly Maddox, and was finally able to live her life freely and authentically. “We were together for 17 amazing years, and those 17 years were the best years of my life and everything I could ever ask for. She was kind and compassionate. I was all about community, and so was she.” In December 2014, Maddox was diagnosed with stage III C cancer, and in September 2016, she lost her battle with cancer. Macias continued, “She made me promise her that I would return to what really matters, to make a difference in the community, speak up and advocate for the youth. Kim believed that would be the only thing that was going to heal my broken heart and mend my soul.”

Through her own personal struggles, Macias discovered the strength to be a source of hope and inspiration within the community. She founded the all- inclusive California Families in Focus, which officially incorporated in 2002. Macias explained, “We have after school tutoring and mentoring at our office. We just recently did the ribbon cutting for our Kimberly Maddox Youth Dream Center, which we dedicated to my wife. We have high- tech touch screen computers where the youth can work on their homework, projects, and resumes.”

CFF also enlists the aid of volunteers and mentors to help guide any of the youth who walk through their doors. Macias explained, “Lori Smith is a retired model who teaches them how to apply make- up for glam, a job interview, or just everyday life. She also teaches them photography. She graced the covers of Elle Magazine, Marie Claire. Now she’s giving her time to California Families in Focus.”

Macias continued, “We have sewing machines so the youth can come and design their own clothing. We work with designers and some of the local drag queens. They teach them how to create their own designs, model, and give them skills that are conducive to who they are and what they’re interested in.”

CFF also offers the Padrino Project, which gives custom tailored suits and gowns to trans teens for prom and graduation, parenting groups that meet every Wednesday, and the Music, Arts, and Dance (MAD) Program. Macias continued, “We know that children need to heal. We help them express themselves. We use music, art, and dance as a form of therapy for the youth to heal and to get out whatever’s bothering them in a safe environment.”

Macias continued, “If we don’t empower the youth and give them the skills that they need to be strong community members, we’re going to keep losing them. For over 25 years, after struggling with my own issues, I made it a point that I was going to fight for the youth and to advocate for them.”

On September 22 at the Museum of Latin American Arts, CFF will host the first ever music festival for the LGBTQ+ in Long Beach. Macias explained, “It’s called the Rainbow Family Festival, and nobody has ever done this in Long Beach.”

To learn more about California Families in Focus, visit: https://mycff.org