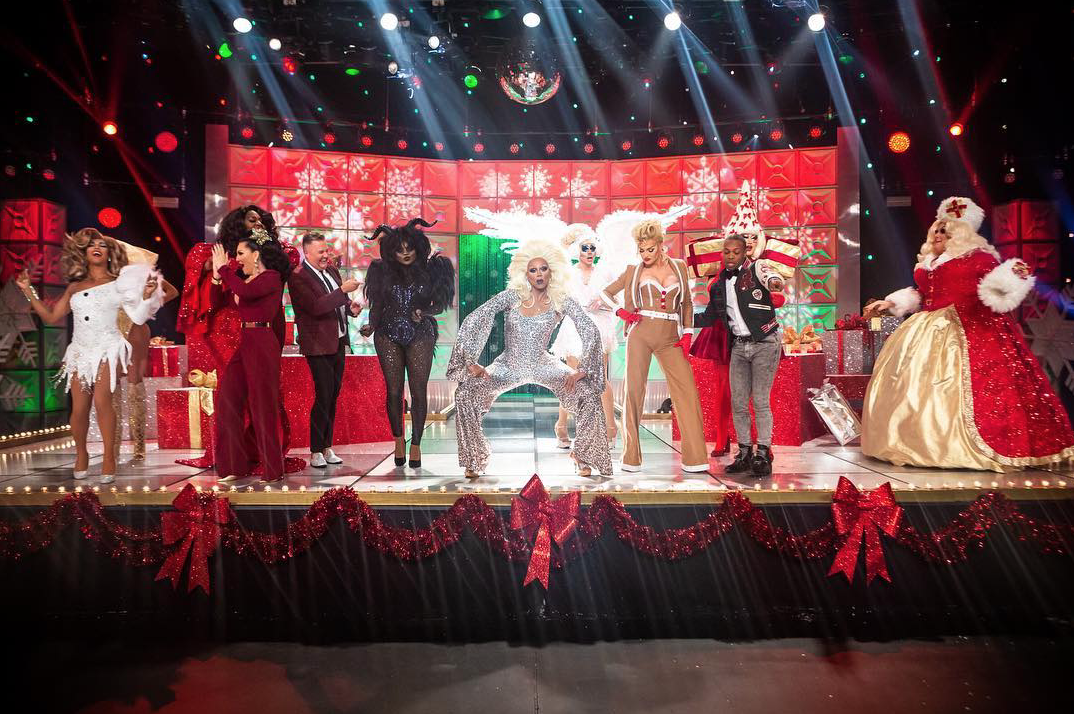 What better way to kick off the holiday season than with “RuPaul’s Drag Race Holi-slay Spectacular?”

“Nothing says Christmas like ‘Chestnuts roasting on an open fire, and drag queens slipping on their pantyhose,'”host and EP RuPaul said. “Celebrating the holidays with my most festive girls inspired me to record my new album, ‘Christmas Party.’ And this VH1 holiday extravaganza is my way of saying thank you to my ‘Drag Race’ family by spreading a little bit of love, laughter and light across the country and around the world.”