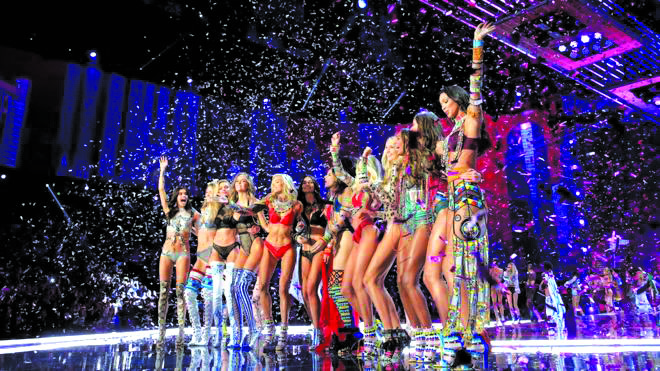 In case you live under a rock – or have something better to do than follow the politics of underwear – the Chief Marketing Officer of L Brands Ed Razek and Executive Vice President of Public Relations at Victoria’s Secret Monica Mitro have axed inclusivity and dreams of transgender models in one swift interview.

In preparation for the December 2 Victoria’s Secret annual runsway show, Vogue spoke with Razek and Mitro about the future of the lingerie company.

“Shouldn’t you have transsexuals [sic.] in the show?” Razek asked hypothetically. “No. No, I don’t think we should. Well, why not? Because the show is a fantasy.”

There’s a slew of reasons why this hit home hard. First of all, “transsexuals”– really? It is 2018 and we are all out of excuses for the vernacularly-challenged straight cis male. Many pointed out on Twitter that this empire is owned by an 80-year-old man and ran by a 70-year-old man. It is comments like this that shows the lack of diversity and un-adapted marketing strategies. Sales have been declining for this 23-year-old company since 2016, and its inability to keep up with the radically evolving marketplace is reflected in its traditions.

Furthermore, not only does this sentiment imply that transgender models are lesser than, or less valued in an already cut-throat industry, but it says the they are not a fantasy. As if they will never be what anyone wants, let alone the multi-billion dollar industry.

Many on Twitter simply suggested boycotting the company. It’s easy; don’t buy from a company if you don’t support its ethics. Well, sure. Metaphorically burning our Victoria’s Secret bras and spending out pink dollars somewhere besides Pink will make a dent in the company’s revenue, but is it enough for actual change? No.

After the Vogue article was published, Razek issued an apology via Twitter:

“My remarks regarding the inclusion of transgender models in the Victoria’s Secret Fashion Show came across as insensitive,” Razek said via Twitter. “I apologize. To be clear, we absolutely would cast a transgender model for the show. We’ve has transgender models come to castings … And like many others, they didn’t made it … But it was never about gender. I admire and respect their journey to embrace who they really are.”

This only adds feul to the flame. You can not say that a trans woman does not fit your narrow fantasy and then turn around to say their failure to make casting cuts had nothing to do with gender. You’re blaming the system instead of taking the responsibility. It is a cop-out.

It seems as though just when we are making social progress as a nation, something come out of left field, denouncing queer equality.

In a country where transgender individuals are being banned from serving in the military, are being threatened by the National Health Service to be defined out of existence and are murdered daily in the streets, bras don’t seem all that important. Find someone else to cup your boobs, right? Wrong. This type of passive behavior exemplifies the systemic prejudices  that snowball into hate speech, hate crimes. It is moments in history like these in which we have a civic duty to our queer brothers and sisters to stand up and let society know that this isn’t ok.