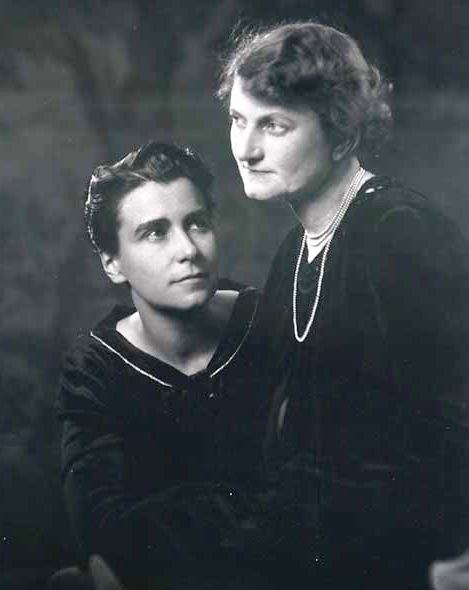 During a time when filmmaking was all about grit, the all-but-out Arzner rose to the top.

Early Hollywood was full of ambitious women intent on putting their mark on the new, controversial filmic art. From film pioneer Lois Weber, to comedian Mable Normand, to Alice Guy-Blache, to young screenwriter (and eventual “Gentleman Prefer Blondes” author) Anita Loos, Hollywood was bursting with female talent in the 1910s and ‘20s. Of course, this was long before Hollywood was the tourist trap we know it to be. In the early days of film, almost anyone could do the job of directing, whether they’d had experience or not. With so many women finding important roles in front of the camera, it came as no surprise that many of them should find an even more fulfilling place behind it, at the true center of the action.

Sadly, however, the days of early feminist filmmaking gave way, rather quickly, to an atmosphere of men (and only men) behind the camera. As filmmaking because lucrative and even prestigious, men found themselves fighting for the job. Women, once more, found themselves in front of the lens, at the mercy of the newly-refined male gaze.

For one woman, however, it was a much different story.

Dorothy Arzner wasn’t only one of the few female directors whose career survived past the ‘10s and into the 1940s. She was also a woman who led a pretty transparent lesbian existence in early Hollywood. Born in San Francisco in 1897, Arzner and her family relocated to Los Angeles when she was still a kid. Once there, she quickly found her way into the picture business, starting first as a stenographer, then a screenwriter, then a film editor on such masterpieces as 1919’s “Too Much Johnson” (yes, it’s real). Though movie mogul Louis B. DeMille made the assumption that Arzner’s gender meant that she was angling for an acting career, Arzner eventually made it clear that she wanted to direct. She got her chance with a 1927 film (now lost) called “Fashions for Women.” She would go on to direct Clara Bow in the early talkie “The Wild Party,” Lucille Ball in “Dance, Girl, Dance,” and Katherine Hepburn in the gender-bending, thinly-veiled Amelia Earhart biopic “Christopher Strong,” in which Hepburn takes on the role of a female pilot.

In between all this, Arzner stayed busy between the sheets. She managed to have affairs with some of the most notorious actresses of the day, including Alla Nazimova (who had staged an all-queer film production of Oscar Wilde’s “Salome” in 1923) and Billie Burke, who would later go onto play Glinda the Good Witch in “The Wizard of Oz.”

Arzner eventually settled down with the choreographer Marion Morgan. They lived together for 40 years, until Morgan’s death in 1971. Arnzer would outlive her by eight years. At the end of her life, Arnzer made training films for the military and taught filmmaking at her Alma Mater, UCLA. Though she’d stopped making films in the early ’40s – her last was the war film “First Comes Courage” in 1943 – she left on her own terms, retiring with her partner to live out their lives far from the noise and clamor of Hollywood.