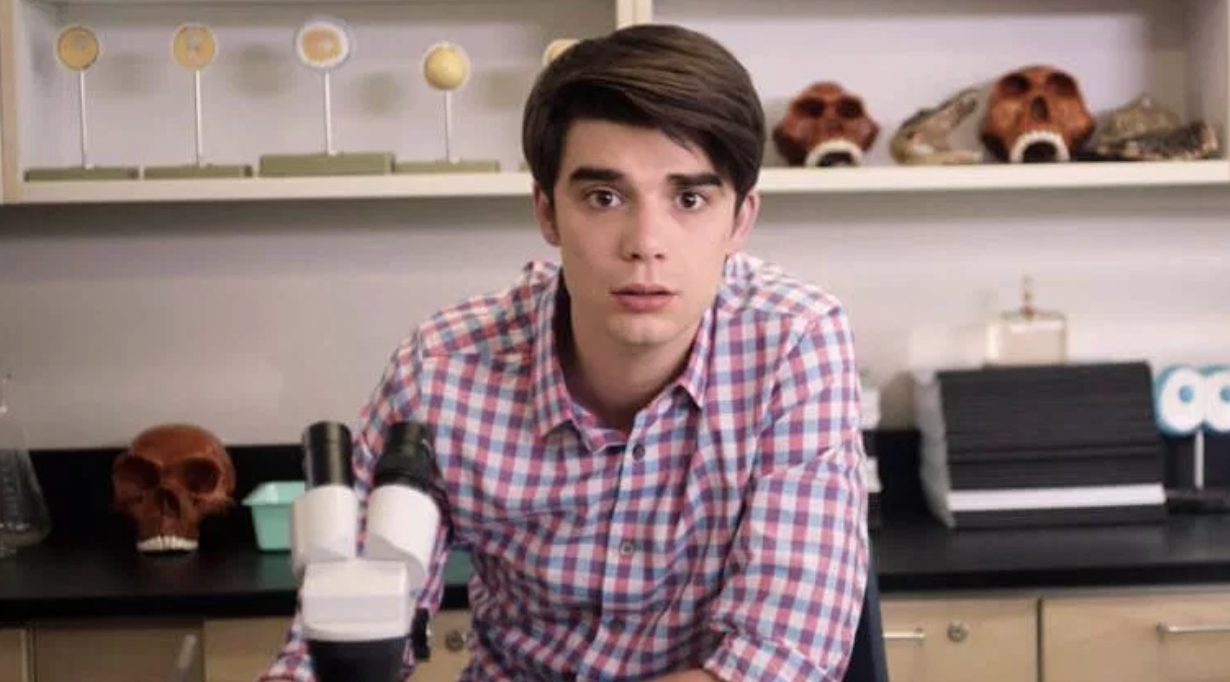 If you took the time to see “Love, Simon” in theaters earlier this year, you’ll find a lot of similarities even in the first few minutes of the new Netflix film “Alex Strangelove.” A seemingly “normal” teenager who’s “just like you?” Check. A group of quirky bffs? Yup. An updated John Hughes film atmosphere? Of course. It’s a teen movie, after all. But like “Simon,” and unlike a bunch of other, slightly darker recent teen offerings like “Stranger Things” and “13 Reasons Why,” the discovery of a queer identity, in “Strangelove,” doesn’t seem to come with very high stakes. Like some of the best teen movies coming out these days, “Alex Strangelove” keeps the hero’s struggle largely internal. The problem with this? Film is a visual medium, and for most of the story, the choice to keep first-person narrator Alex largely alienated from the discovery of his own sexuality, keeps the audience shut out as well.

If we were being generous, we could say that this was the point “Strangelove’s” filmmaker (Craig Johnson) was trying to make. Even in a liberal climate where coming out as gay isn’t seen as being a career-ending or especially life-changing move, it’s still hard and painful to do. In fact, it’s still almost impossible to spot if you’re not looking for it. And if you’re bisexual, as hero Alex (sort of?) is, you might not really be looking for it. That is, until it comes looking for you, in the form of a sexy out-gay kid from another school who magically shows up at a party.

This is all well and good, but “Alex Strangelove” still isn’t exactly the kind of story that’s going to help break down barriers, especially when it comes to the bisexual community. For a film that begins with the teasing premise of a truly bisexual coming out, “Strangelove” takes its time coming to the ultimately disappointing conclusion that all our main character needed to do was to come out as 100 percent gay in order to make things better. There would be absolutely nothing wrong with this if the film, like “Love, Simon,” was marketed as a gay coming-out story. But “Strangelove” promised, with its coy promo image of a boy in between another boy and a girl covered by a giant question mark, to be a story about the complications of bisexuality, a topic that’s woefully under-discussed and, perhaps more importantly, under-explored in current LGBTQ+ films. When it comes to coming out stories, it’s certainly nice to project an image of a world that won’t stone you to death once you speak your truth. However, for many gay, bi, and questioning kids around the country, the solution to the problem of identity isn’t just deciding to come out as one thing or the other. It’s about learning not to viewing identity – however complex – as a problem to begin with, much less a problem with any kind of a solution in view.

“Strangelove” is a cute, sweet movie about a kid learning to be who he is, and no matter how many times we see those much longed-for images of two boys kissing while their high school classmates look on approvingly, it’s never going to get old, at least not anytime soon. The hope, however, is that primer efforts like “Strangelove,” with all their old-fashioned “Breakfast Club” idealism, will make way for more complex interpretations of queerness down the line. That is, once filmmakers realize that we don’t need that kind cinematic of hand-holding anymore. Don’t worry: We’ll wait.