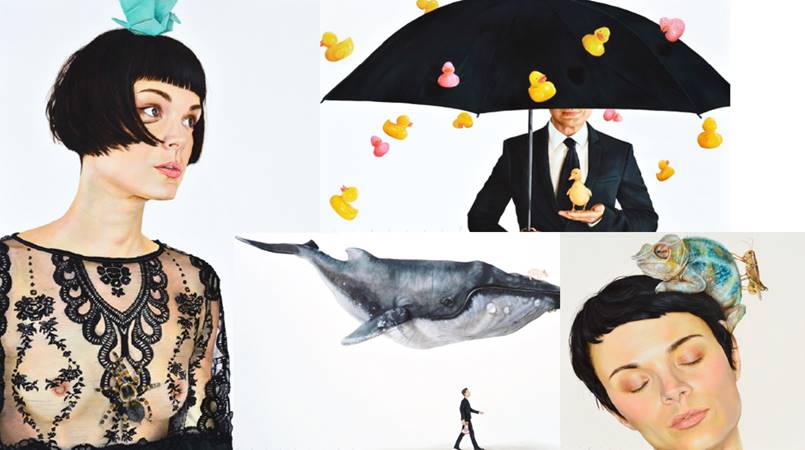 Los Angeles artist Ariel Vargassal’s upcoming exhibit, “Transcendence & Magic in the Everyday,” is set to open to the public this July. Ariel, who was named runner-up for the 2017 Bombay Sapphire Artisan Series, will unveil a series of portrait paintings free to the public from July 13 – 28 at Building Bridges Art Exchange in Santa Monica.

The Bombay Sapphire Artisan Series is an annual arts competition to uncover emerging artists across North America and provide them with a national platform to showcase their work. For the 8th Annual Series Finale that took place in Miami this past December, Insecure actress, writer, and host of the finale Issa Rae crowned Vargassal as a second-place winner among the 14 finalists. Drawing from his homeland of Mexico’s rich history of mural art that blossomed into the movement known as “Magic Naturalism,” Vargassal utilizes a minimalist approach to his work to reveal the complex co-existence between the human world and that of wildlife. Through his unique paintings featuring animals and human subjects, Ariel explores metaphorical themes that impact modern society such as mental health issues, social inequities, and emotional states of both cognitive and unexpected pleasure. Vargassal’s series will push against cultural boundaries while exploring his own curiosity and personal identity.