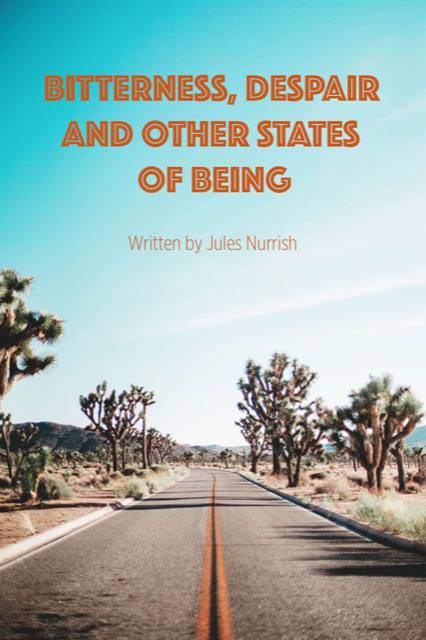 In the weeks leading up to her 50th birthday, a struggling novelist’s world is turned upside down when her biological mother contacts her and meet for the first time in the Joshua Tree desert in the live reading of “Bitterness, Despair and Other States of Being” by Jules Nurrish, featuring Guin Turner.

From the Organizers: Honored as a BAFTA “Brit to Watch”, Jules Nurrish is an award-winning director and screenwriter based in Los Angeles.In 2011 Jules was selected for the Outfest Screenwriting Lab with her comedy feature script, Headliners. She has written and directed ten short films, which have screened at film festivals and cultural institutions worldwide. Jules is the co-writer of the feature drama Anchor and Hope (2018), which won the Association of Cinematic Writers of Andalusia award for Best Film.