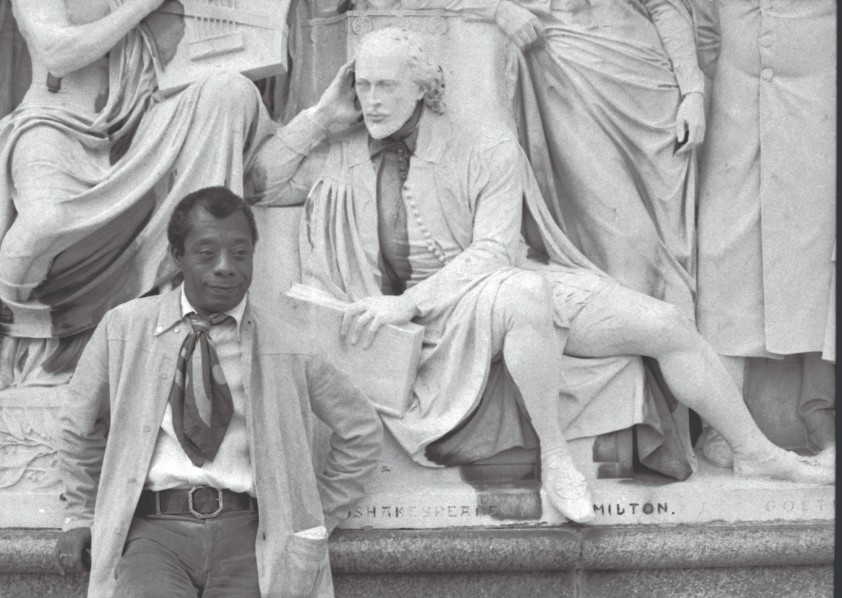 Before his death in 1987, James Baldwin committed his life to crushing stale, harmful notions about race, queerness, and the American Dream. After his death in 1987, he continues to do this by extension, as writers, singers, poets and documentarians continue to find ways to use his works to new purpose. Just a few weeks ago, to mark Martin Luther King Jr. Day, PBS aired last year’s talked-about documentary “I Am Not Your Negro,” based on an unfinished text of Baldwin’s that was begun as a letter to Dr. King. Late last year, Baldwin’s photo-essay book “Nothing Personal,” which he wrote in collaboration with photographer Richard Avedon, was re-released by Taschen with a new preface by Hilton Als. A few weeks from now, “Empire” actor Jussie Smollett will appear at the Skirball Center in Beverly Glen to discuss Baldwin’s impact with L.A. poet laureate Robin Coste Lewis and activist Alfre Woodard in “Celebrating James Baldwin: Here and Now.”

It’s no surprise that in today’s climate, when discussions about police violence against people of color and political attacks on LGBTQ+ rights are at the forefront of the American civil rights battle, Baldwin’s work offers a lot of hope and succor to activists wearily trying to break down the same stubborn barriers as Baldwin was years before. When Baldwin and Avedon first released “Nothing Personal” in 1964, it was intended to open the eyes of Americans who were unable or unwilling to come to grips with the actual nature of their country as it stood, in stark opposition to its own ideals.

It’s no surprise that this clash of personalities sounds an awful lot like our own, hyper-divided nation in the wake of the Trump presidency. And it’s no wonder that Americans continue, and will continue, to look to Baldwin for relief, and possible answers, when facing the question of how to fix an impossibly cracked, barely existent American cultural identity.

By Henry Giardina February 5, 2018
Tags: I Am Not Your Negro, James Baldwin, Jussie Smollett, Skirball Center in BOOKS
Related Posts