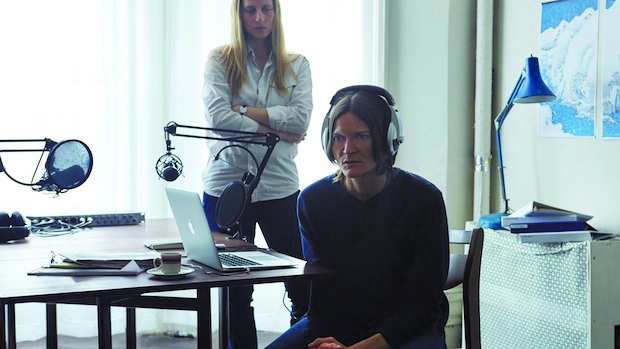 Each year, the Film Independent Spirit Awards take a look at the past year’s output and call our attention to some of the most moving scripts, performances, and debuts in the indie film world. Judging from this year’s list of queer nominees, the trend set in action by last year’s “Moonlight” win wasn’t just a one-time thing. The wild success of the queer indie sensation paved the way for this year’s spate of excellent, queer-headed films, from prestige projects like “Call Me By Your Name” and “Mudbound” to smaller artsy sensations like “God’s Own Country” and “Beach Rats.” This year’s Spirit Award nominations singled out some of the best queer films, writers, and actors for consideration, calling our attention of the many things we can be grateful for (and excited about) in the coming cinematic year. Without further adieu, here are some of our favorite nominees and honorees.

“The Florida Project”– Best Feature, Best Director: The poignant coming of age story set in South Florida has had critics raving since the first Sundance reviews. Director Sean Baker, the man who brought us 2015’s “Tangerine” about a group of transgender sex workers in L.A., crafted “The Florida Project” as a seedy, touching tribute to the state that brought us Walt Disney world, among other delights.

“Oh Lucy!”– Best First Feature: When an older woman from Tokyo meets English teacher Josh Hartnett (still a heartthrob after all these years,) she follows him to America, and a mad romantic caper begins.  Atsuko Hirayanagi’s debut film is an unlikely romantic comedy, to be sure – but is there any better kind?

“Women Who Kill”– Best First Screenplay: Ingrid Jungermann, the woman who brought us such brilliant lesbian comedies as “The Slope” and “F to 7th,” wrote and directed this wry feature about two lesbian exes obsessed with – and possibly embroiled in – true crime stories.

“Beach Rats”– Best Cinematography: Eliza Hittman’s drama about a Dorian Gray-esque pretty boy who roams the beaches of outer Brooklyn looking for trade (straight and gay) has been winning hearts since its first appearance at Sundance early this year. As one of the few films zeroing in on the young male bisexual experience, “Beach Rats” is destined for cult status in years to come.

“Call Me By Your Name”- Best Feature: When mega-hunk Armie Hammer and twink Timothee Chalamet meet in Northern Italy one summer, sparks fly, and flies unzip. Luca Guadagnino had to cut down his original 5-hour version of the film to a Spartan 2 hours and is already talking about a sequel.

“Patti Cake$”- Best First Feature: In addition to being a hilarious and moving film about an aspiring teen rapper, “Patti Cake$” also features queer icon Bridget Everett in her most poignant role yet.