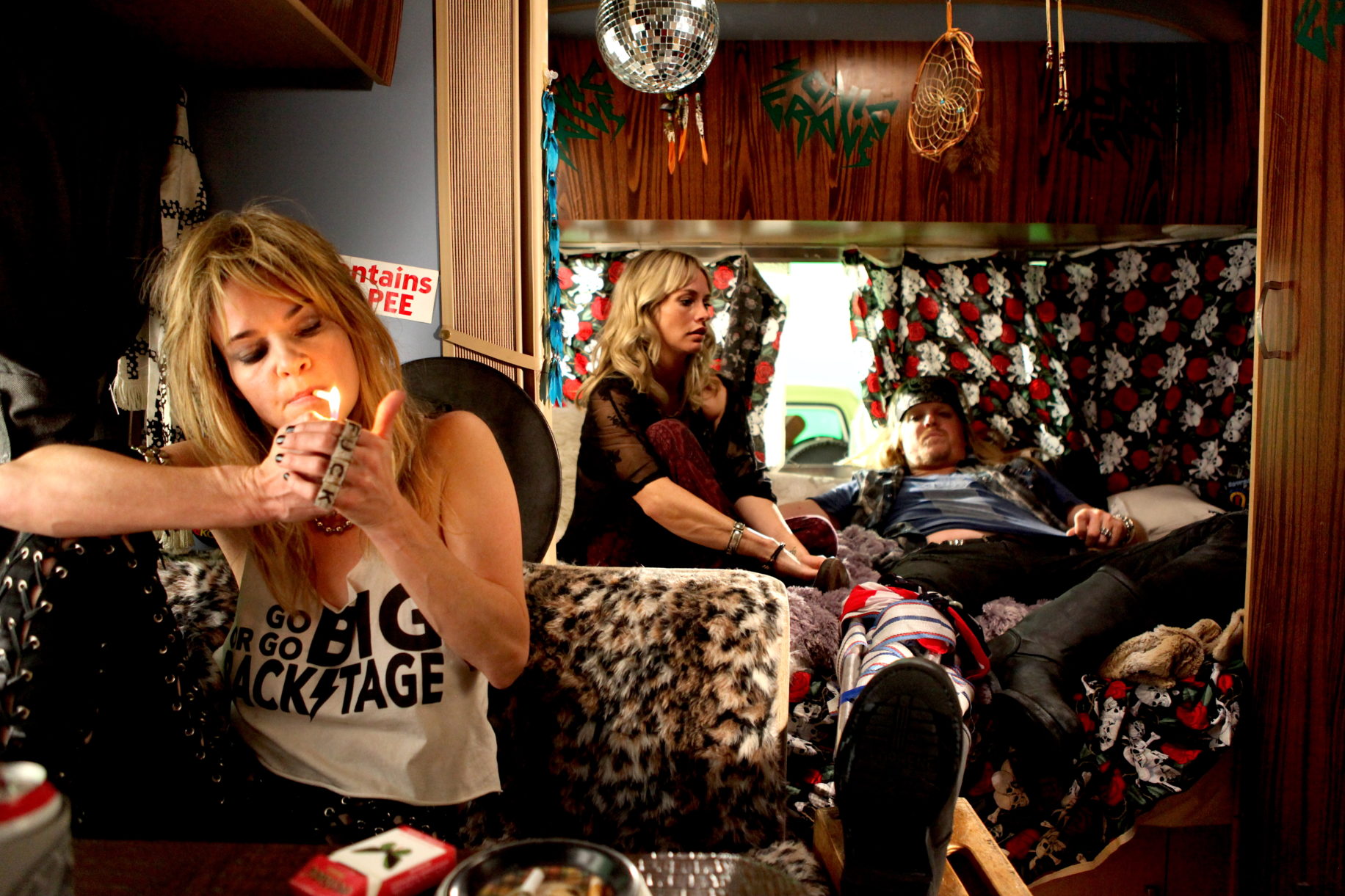 If you’ve been paying attention, you’ll know that anytime Leisha Hailey appears on screen is a time to sit up and take notice. Hailey can raise any film or TV show to a level of genius simply by gracing it with her presence. From her famous portrayal of Alice Pieszecki on “The L Word” (i.e. the only “L Word” character we never once wanted to strangle) to her work on “Bosch” and “Silicon Valley” to her musical career as half of the band “Uh Huh Her,” Hailey never disappoints. Her recent turn in Ron Carlson’s horror-comedy “Dead Ant,” about a struggling glam rock band and a peyote trip gone wrong, is no exception. We spoke to Hailey about giant ants, Lita Ford, and “The L Word’s” impending return.

THE PRIDE: How’d you get involved with “Dead Ant?”

Leisha Hailey: As an actor, you read a lot of scripts and this one really caught my eye. I thought the premise was so ridiculous and funny. It was based in music, which I obviously know and love. I just thought the comedy was great, everything about it I loved. Just one of the weirdest scripts I’ve ever read.

It’s a great cast. It kind of reminds me of a Christopher Guest ensemble.

Have you done horror before?

Yes. I actually never was really into the genre as a viewer, but now that I’ve done a few movies I’m into it. This one in particular, it’s horror and comedy, which is pretty brilliant.

Were you psyched to be playing a musician?

One of the things I really liked about the character and the band is that they were has-beens. Just the mere fact that they weren’t doing anything for over 20 years, it really rang true to my heart. It’s like, you can really make it in one part of your career, and then here you are, this struggling band, and you’re really trying to make your comeback. I identified a lot with that.

It kind of reminds me of “The Commitments.” That down-and-out spirit,

Like ‘we’ve still got it!’ Yeah. That’s kind of the magical part: The soul of this movie is less about the ants and more about the heart of the band.

The giant attack ants are kind of an afterthought.

It reminded me of Alice [Pieszecki’s] grunge band phase on “The L Word.” As if your “Dead Ant” character [Stevie] was Alice if she’d stuck with music.

That badass rocker chick who’s just like, all in.

Yeah. I tried to loosely base Stevie on Lita Ford. She was my main inspiration for this.

Is that something you do for all your roles?

This was pretty specific to researching the role. I just wanted to get the mannerisms and the way she spoke.

Are there other things you’re super excited about coming up?

I’m really looking forward to the “L Word” reboot. That’s one that’s definitely on my radar.

Us too, Leisha. Us too. “Dead Ant” had its world premiere on October 10th at the Screamfest Horror Film Festival.