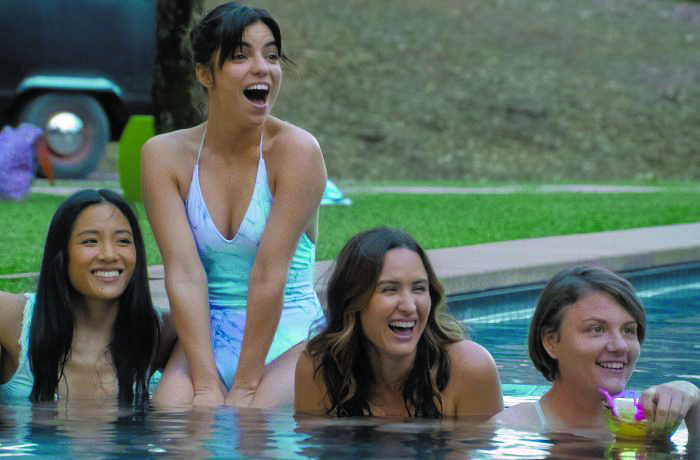 The highly anticipated 2017 Long Beach QFilm Festival kicked off this past Thursday with “The Untold Tales of Armistead Maupin,”  a new and acclaimed documentary about the longtime activist and author of the “Tales of the City” book series.

Tonight’s local-premiere feature films are award-winning “The Feels,” a hilarious yet heartfelt comedy about a woman who has never had an orgasm but receives unexpected help from her girlfriends during a bachelorette party, and “Something Like Summer,” a romantic drama with musical interludes that explores the relationship between two gay friends over a decade.

Over the weekend, attendees can look for “The Lavender Scare,”  a revealing documentary about the persecution of LGBT employees of the U.S. government during the Cold War;  “A Million Happy Nows” a movie about  a longtime lesbian couple that confronts the challenge of early-onset Alzheimer’s disease; “Extra-Terrestrials,” a story about family secrets and the first feature film by award-winning Puerto Rican writer-director Carla Cavina; “Sebastian,”  a gay romance co-starring Katya from “RuPaul’s Drag Race” about a man who falls for his boyfriend’s visiting cousin; “Saturday Church,” which is, about a young queer boy experimenting with his sexuality and gender identity who finds refuge in an unusual church; “Signature Move,” a movie in which a Pakistani-Muslim woman and a Mexican-American woman discover romance; and “Alaska is a Drag,”  an expansion of Shaz Bennett’s award-winning short film about an aspiring drag superstar stuck working in an Alaskan fish cannery.

Long Beach QFilm Festival is taking place through September 10 at the historic Art Theatre located at 2025 E. 4th St. and the neighboring LGBTQ Center of Long Beach.  Film passes are available for purchase at qfilmslongbeach.com or at the door. Individual tickets can be purchased at the door.

The Center Long Beach Will Participate In Giving Tuesday

The LGBTQ Center Long Beach will be participating in Giving Tuesday, a global day of generosity taking place on November...

The LGBTQ Center Long Beach has added three new members to its board of directors as well as the new...