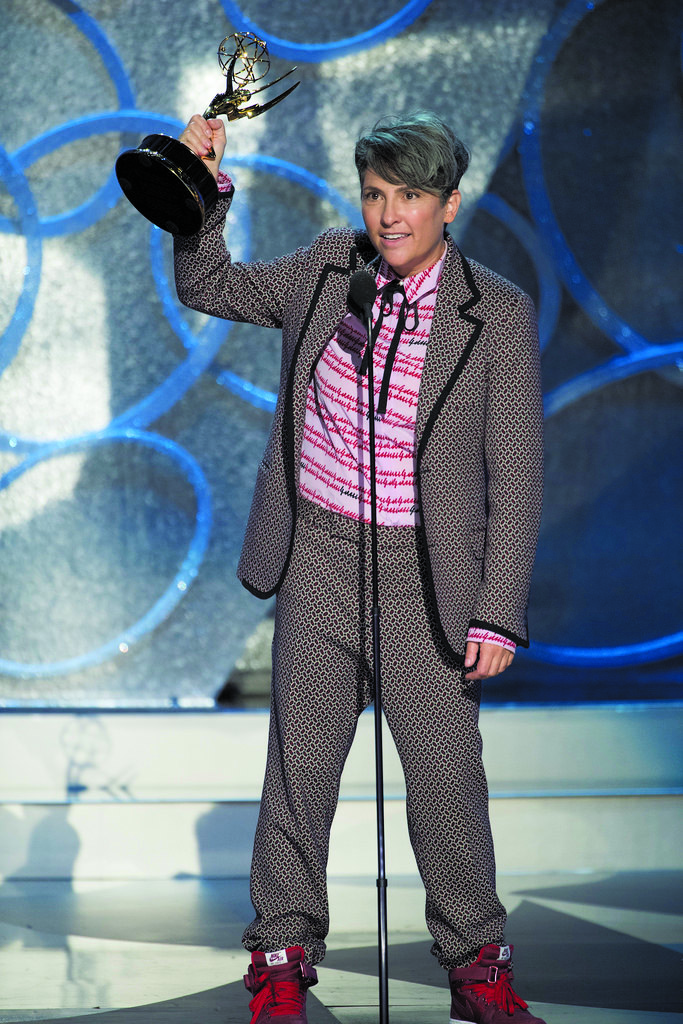 If you don’t know Jill Soloway by now, you’re about to. The Point Foundation, which offers one of the most prestigious scholarships in the LGBTQ community, is honoring the prolific screenwriter/director/producer this fall at its annual Point Honors Los Angeles gala, to be held October 7. Soloway’s receipt of the Point Impact Award isn’t just well-deserved, but also a natural fit for her tireless work in portraying LGBTQ people in a positive light. More than just the most obvious part of her ever-growing canon, “Transparent,” Soloway’s works have consistently explored and subverted the notion of conventional gender roles, both “Afternoon Delight” and the recent “I Love Dick” being prime examples of this.

Soloway, who identifies as nonbinary, has always brought a fresh perspective on sexuality through the lives of her characters. Maura Pfefferman (Jeffrey Tambor) is, ironically, perhaps the least interesting of her universe creations in this regard. Sure, she’s a coming-out-late-in-life trans woman, but this pales in comparison to the complexity of, say, Sarah Pfefferman (Amy Landecker), Maura’s bisexual daughter who leaves her husband and two kids for her college girlfriend, only to break it off on their wedding day. Or even Rabbi Raquel Fein (Kathryn Hahn, the go-to Soloway muse), who is foolish enough to start up a relationship with ur- man-baby Josh Pfefferman (Jay Duplass).

Soloway became all too familiar with the intricacies of the human psyche while working as a writer and co-executive producer on “Six Feet Under,” a show which served as her career launching pad. With a body of work that now spans over a decade, Soloway has shown her commitment to consistently depicting LGBTQs as they truly are – no over the top caricatures, no cartoonish ghouls (we’re looking at you, “Modern Family”).

So it’s no surprise that the Point Foundation has chosen to show reverence for her this year. For, as Soloway herself stated, “There’s a similarity between what I try to do in my work and what Point’s scholarship recipients are accomplishing in getting their degrees and living their lives authentically. My aim is to put people who often have not had a voice at the center of the story. Point Scholars are student leaders and newly minted graduates who are in control of their stories and are ready to change the world. Whether we are filmmakers, doctors, lawyers – we, as LGBTQ+ people, will not be silent or invisible.”