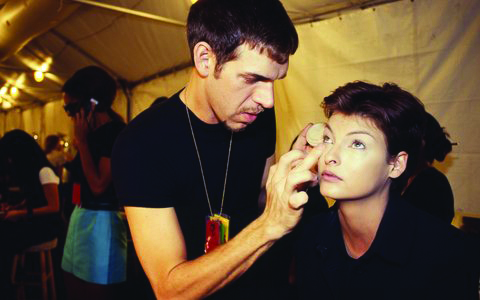 BY ANNETTE SEMERDJIAN| This summer, Logo presents a set of new documentaries profiling the different lives of LGBTQ people. “Kevyn Aucoin: Beauty & the Beast in Me” and “Forbidden: Undocumented & Queer in Rural America” will both be featured documentaries on LogoTV this year.

Kevyn Aucoin was a makeup artist to the stars and worked with all the top supermodels from Linda Evangelista to Naomi Campbell. In the 80s and 90s, he was the go-to guy for A-list celebrities. What made his makeup application revolutionary was that it wasn’t caked on and instead focused on highlighting natural features. “I was hoping that through helping people see the beauty in themselves, I could try and find it in me,” Aucoin said, referring to his past struggles with bullying and building his self-esteem. Never-before-seen footage, videos documented by Aucoin and interviews with the divas who knew him well will be featured in the documentary, showcasing how many of them didn’t know the extent of the illness that eventually killed Aucoin in 2002. He was only 40 years old when his long term suffering from a pituitary tumor took his life. The disease had gone undiagnosed, yet Aucoin was dependent on the pain pills keeping him at bay.

He left big impressions on the stars of today and was one of the few people documenting his own life behind-the-scenes, being ahead of the herd before every phone had a camera and access to the internet.

The documentary premieres on LogoTV on September 14. The film will also premiere as the centerpiece documentary in this year’s Outfest.

Logo documentaries will also feature “Forbidden,” about undocumented queer folk in rural America, on August 3. As Outfest 2016’s Freedom Award recipient, this documentary, directed by Tiffany Rhynard, features the struggle of young Moises Serrano as a gay, undocumented man living in North Carolina. He uses his intersectional voice for the people while maneuvering his own future in the American South. Only 18 months old, Serrano came to America with his family in their hopes of him becoming whoever he wanted. He then came to understand that, as a gay and undocumented person of the United States, freedom came with limitations.

You can catch “Forbidden: Undocumented & Queer in Rural America” on August 3 at 9/8c and “Kevyn Aucoin: Beauty & the Beast in Me” on September 14 at 9/8c on Logo.