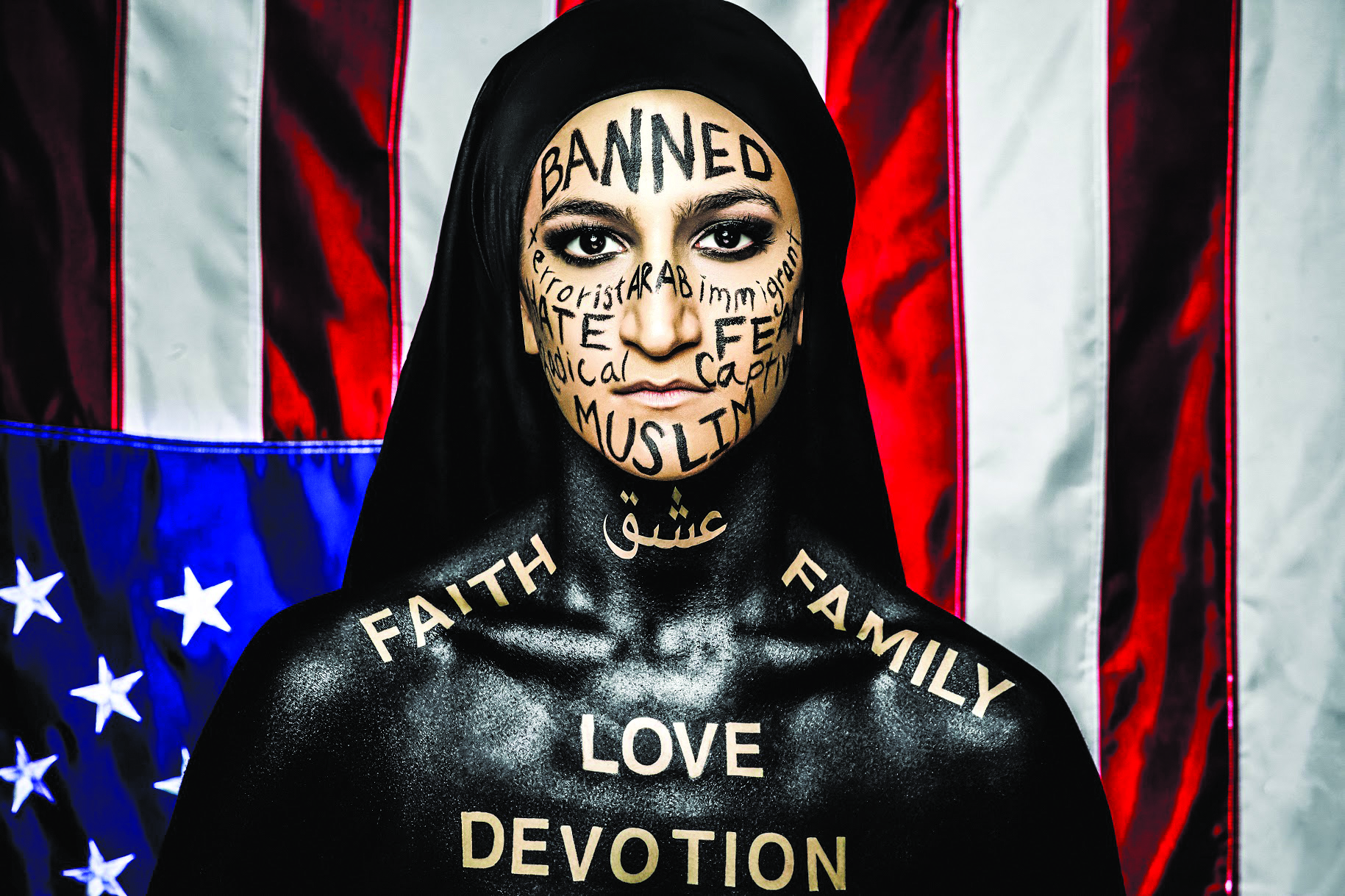 Cumming’s pose is part of a photography series by Steven Trumon Gray and Chad Wagner, a campaign called #ArtAgainstHate, started in response to Trump’s election.

“We were all really upset about the election because it felt like our world might crumble under itself.” Said Gray. “I’m in a Broadway show and there’s only so much walking protests one can do. The way that we wanted to get our message across was art.”

The photographers used as their models folks from all walks of life: Celebrities, immigrants, people of color, people who have been shamed all their lives for different reasons. They wrote the hateful words on their bodies, and photographed them.

“On the one hand you have these hateful words,” said Wagner, “ and underneath, the human being, vulnerable and full of love.”

One photograph shows a full-sized naked woman covering her body with the flag, adorned by words like “pig,” “fat”, and “digusting.” Another photograph shows a Donald Trump avatar in underwear. Cumming’s photo places him in a position of vulnerability not only as a gay man, but as an immigrant.

The response from the Internet was quick, and passionate.

“We’ve received a lot of backlash from the way we handled the flag.” Says Gray. “That was our point. But Chad comes from a military family. He knows how to handle a flag, he knows what flag code is.”

“I’ve had family members die in wars.” Says Wagner. “I come from that. I grew up around that. I understand that it shouldn’t touch the floor. But we cropped the photos to make it seem a little more controversial. They’re standing on platforms.”

This is what the series touches on: The powerful idea that an idea of what America is has overtaken the importance of basic respect. In Trump’s America, we treat ideas better than we treat humans.

“Our model said something really true.” Said Wagner. “She said, at the end of the day, as beautiful as the flag is, it’s just a piece of cloth. It’s the value that we as Americans put on that piece of cloth that gives it its power. The real conversation should be, how do we protect the lives of those vulnerable people the way we protect the flag?”