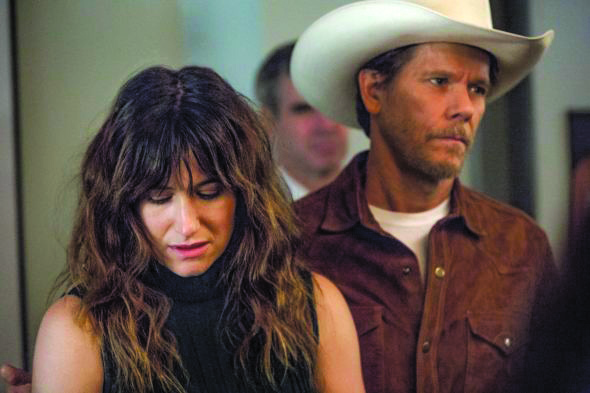 About 20 minutes into the pilot of “I Love Dick.” the new Amazon show from “Transparent” creator and showrunner par excellence Jill Soloway, I sat up and said to myself:

“Is Soloway trying to be funny?”

This is really the question I have about all things Soloway, from her brilliant work on “Six Feet Under” to “The United States of Tara” to “Transparent” to “Dick,” the latest messed up kid in the family. In between the insufferable characters and the hilariously small, myopic worlds they find themselves in, there is a thin strain of comedy that seems not to entirely want to be there.

The other side of this question, of course, is, “Is Soloway taking herself too seriously?”

Let’s say she is. Let’s say Soloway isn’t trying to poke fun at try-hard, effortlessly pretentious academics, self-important feminists who wear the term ‘artist’ a bit too readily, and spouses who don’t seem to consider the prospect of a non-monogamous marriage until after the first betrayal. If Soloway is trying to expose these archetypes for the fools that they are, “Dick” is her comic masterpiece.

In “I Love Dick,” an adaptation of feminist artist Chris Kraus’s 1997 pseudo-biographical treatise, “Chris” (Kathryn Hahn, aka Rabbi Raquel from “Transparent”) follows her scholar husband Sylvere to a fellowship in the isolated town of Marfa, Texas. There, she meets “Dick” (Kevin Bacon) and becomes sexually obsessed with him. But they don’t have sex. And Sylvere knows all about it.

In between the primary plot of Chris – Dick- Sylvere, there’s a cast of new characters that did not appear in Kraus’s book. These are the kind of Jill Soloway stock characters most viewers will recognize from “Transparent.” Brilliant, pretentious, and achingly frustrating young queer people who believe that sexual freedom (howsoever it comes) will eventually translate into actual freedom. Eventually.  They’re the ones who are mostly obnoxious to watch, while Hahn bears the comic brunt of the piece, raging and blustering through every scene with exceptional comic timing.  As a comedy, it couldn’t have been pulled off without Hahn. The show even goes so far as to align Hahn’s visions of Chris with her visions of what art is.  We see increasingly absurd shots of Bacon, first carrying a lamb through the center of town, Christ-like, then sitting on the couch, legs wide, his genitals barely covered by a brightly-colored tapestry blanket. We also see, as a kind of prologue to each episode, footage from female artists past, most of which exposes sexual acts for what they are: Completely absurd.

But let’s consider the other side of it: Perhaps Soloway, in adapting the legendary Chris Kraus novel for the screen, didn’t actually find any of it funny. Let’s say she wanted to go at it with the pure heart and fierce intelligence that she brings to everything, without skewering the book’s vision, without calling out any of the bullshit. Let’s say that was the point all along.

Happily, “Dick” is the kind of TV show that can easily house more than one “point.” It can be obnoxious and hilarious at once. A viewer can be rooting for the characters while laughing hysterically at their obliviousness. One can see oneself in Kathryn Hahn’s Chris, while truly feeling that this woman – this manic, desperate creation – could never actually exist.

That’s the beauty of it. “Dick,” for all its flaws, is a complex show. There was never any doubt that it would be: It’s Soloway, after all. What’s good about it is that it’s building on an idea that this culture has just started to take seriously: The idea that women have sexual and emotional agency, no matter what their relationship to men. What’s great about it is that it’s a kind of rough draft. You can see someone else years from now picking up “I Love Dick,” seeing what it started to sketch out, and turning that sketch into a full, brilliant masterpiece.