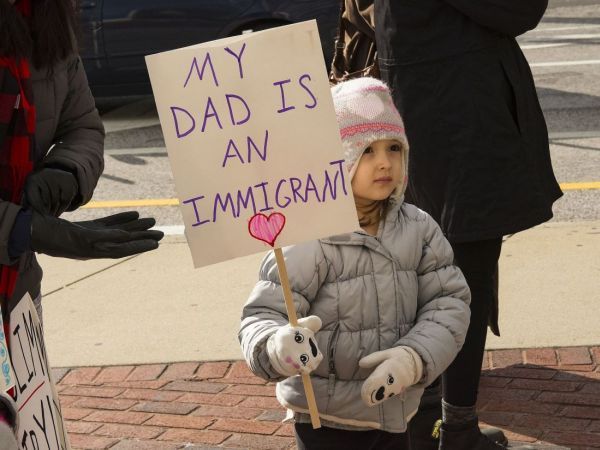 BY DOUG MONTGOMERY| The Los Angeles school board sought to reassure parents and students on Tuesday by strengthening restrictions against federal immigration officials on campuses.

In a resolution titled “Reaffirmation of Los Angeles Unified School District Schools as Safe Zones for Families Threatened by Immigration Enforcement,” LAUSD laid out a comprehensive set of guidelines for dealing with the growing threat of deportation to immigrant populations.

“Ensuring that our schools are safe and inviting for all students and their families will facilitate the physical safety and emotional well-being of all children in the District, and is paramount to students’ ability to achieve,” the resolution states.

Fears of deportation have grown among the overwhelmingly Latino school district – 76 percent according to LAUSD – since the uniquely severe rhetoric of the 2016 presidential campaign. The community’s anxieties seemed confirmed in February when a local father, Romulo Avelica-Gonzalez, was arrested after dropping off one of his children at school.

The arrest was caught on video by Avelica-Gonzalez’s daughter, Faitma Avelica, who was still in the car when two black, unmarked vehicles surrounded the car.

Among the guidelines ratified by the board, the resolution states that immigration officers will be denied access to campuses without clearance from the school superintendent, even with a legally valid subpoena.

“L.A. Unified is basically saying fear stops at [our] door,” said board member Ref Rodriguez, who co-sponsored the resolution.

The guidelines elaborate on an earlier, much shorter resolution passed in February last year, offering a more detailed plan for protecting students and families.

According to Monica Garcia, a board member who sponsored the resolution, the guidelines offer greater detail on “commitments we have already made.”

The resolution was developed by the American Civil Liberties Union over the last several months.

“This is an important opportunity for LAUSD to be a model for the state and for the nation,” Sylvia Torres-Guillén, director of education equity for ACLU of California, told the Los Angeles Times.

The rationale behind the document is entirely educational, not political. Donald Trump’s name does not appear once throughout the text.

“Immigration arrests, detentions, and deportations affects families every day, and indications that deportations will increase dramatically has created a climate of heightened fear and anxiety for many students and their families,” the resolution states.

“The record number of deportations in recent years has tragically broken apart loving families, devastated communities, and caused widespread fear among immigrants and their family members,” the school board writes.