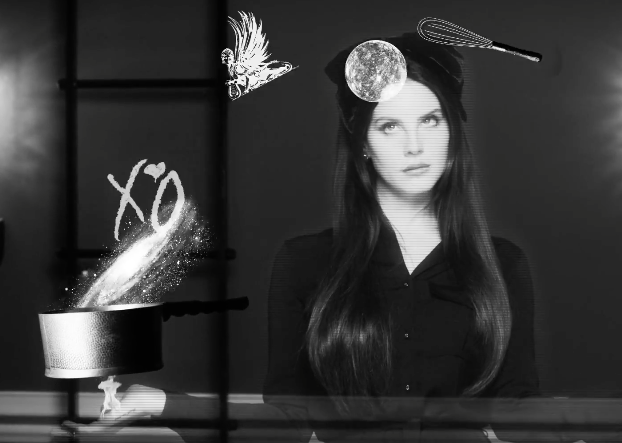 If there’s anything that can lift our spirits in these dark times, it’s the soothing voice of Lana Del Rey telling us everything’s going to be okay. Well, maybe not ‘okay’ but at least something like it.

In Del Rey’s new teaser for Lust For Life, the cosmically-inspired album from which the single “Love” first dropped in February, we see Del Rey trying to make sense of the cosmos. She reassures as that, although things may look black, they’re not exactly hopeless in the context of history.

Del Rey has always been obsessed with the iconography of Hollywood– we can’t help thinking that her occupation of the “H” in the Hollywood sign is a sly tip of the hat to Peg Entwistle, the actress who committed suicide by jumping off the sign in the 30s whose story was recently told by Golden Age LA-chronicler Karina Longworth in her addictive podcast “You Must Remember This”.

Del Rey’s witchy persona is also in keeping with her recent plans to cast a binding spell on Donald Trump to stop him from doing harm. We’re praying it works. If not, at least we’ll have a new Lana Del Rey album to console us.