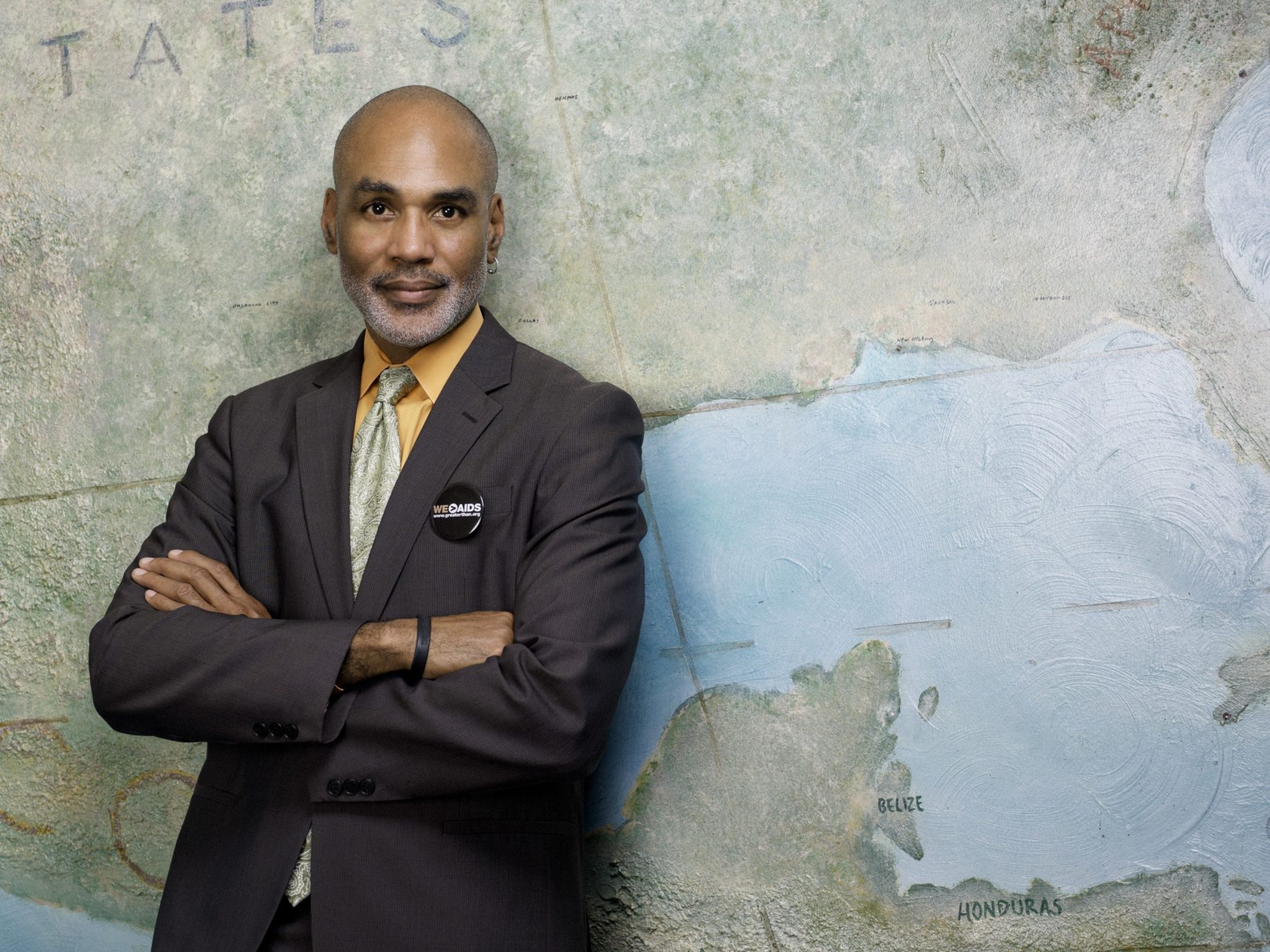 BY KAREN OCAMB  |  “Our house is on fire,” Black AIDS Institute founder Phill Wilson proclaims at every opportunity.  He’s right—but sometimes it seems Wilson is shouting against the wind. While the Obama administration and many AIDS activists are excited about the prospect of “ending AIDS in our lifetime,” HIV/AIDS is still very much a crisis in Black and Latino communities, despite new medical advancements. According to the Centers for Disease Control, in 2014, 44% of estimated new HIV diagnoses were among Blacks, who comprise 12% of the US population, with an estimated 73% men and 26% women infected—with 57% gay or bisexual men, and of those, 39% young men aged 13 to 24.

These are not just statistics—this is personal. This is his house. Wilson surmises that he has probably been HIV positive since 1981 when, as a 25-year-old newly out college graduate, he and his boyfriend Chris Brownlie were diagnosed with swollen lymph nodes. Their doctor suggested it could be the mysterious disease called “GRID” (Gay-Related Immune Deficiency). But the gay men rejected that premise since the media reported that the white gay disease was prevalent on the East and West coasts and was contracted through poppers or by contact with “sexual athletes”—which didn’t apply to the mixed-race Chicago couple.

“GRID” became real and “scary” when Wilson and Brownlie moved to Los Angeles in 1982 and got involved in the national Black and White Men Together organization.

“We had four or five friends sick at a time and we realized that nobody gave a damn,” says Wilson. “Either we were going to die or we were going to have to fight, and still we might die. Die or fight or both. I had just met Chris.  I had just found myself. I wasn’t ready to let either go. So, we fought to make sure we did whatever we could to not die—and to make sure our friends did not die.”

Wilson has been fighting HIV/AIDS ever since. Wilson and Brownlie took every HIV drug as it became available (AZT, 3TC, D4T, etc) but Brownlie succumbed to the disease in 1989, two years after he was diagnosed with AIDS. But unlike so many at the time, Brownlie had a place to be cared for as he died. The Chris Brownlie Hospice was created by the AIDS Hospice Foundation (later renamed the AIDS Healthcare Foundation), an organization founded by Wilson, Brownlie, Brownlie’s best friend Michael Weinstein and Mary Adair.  The four has worked on the Stop AIDS Quarantine Committee in 1986 to fight Proposition 64, the AIDS quarantine initiative sponsored by anti-gay right winger Lyndon LaRouche.