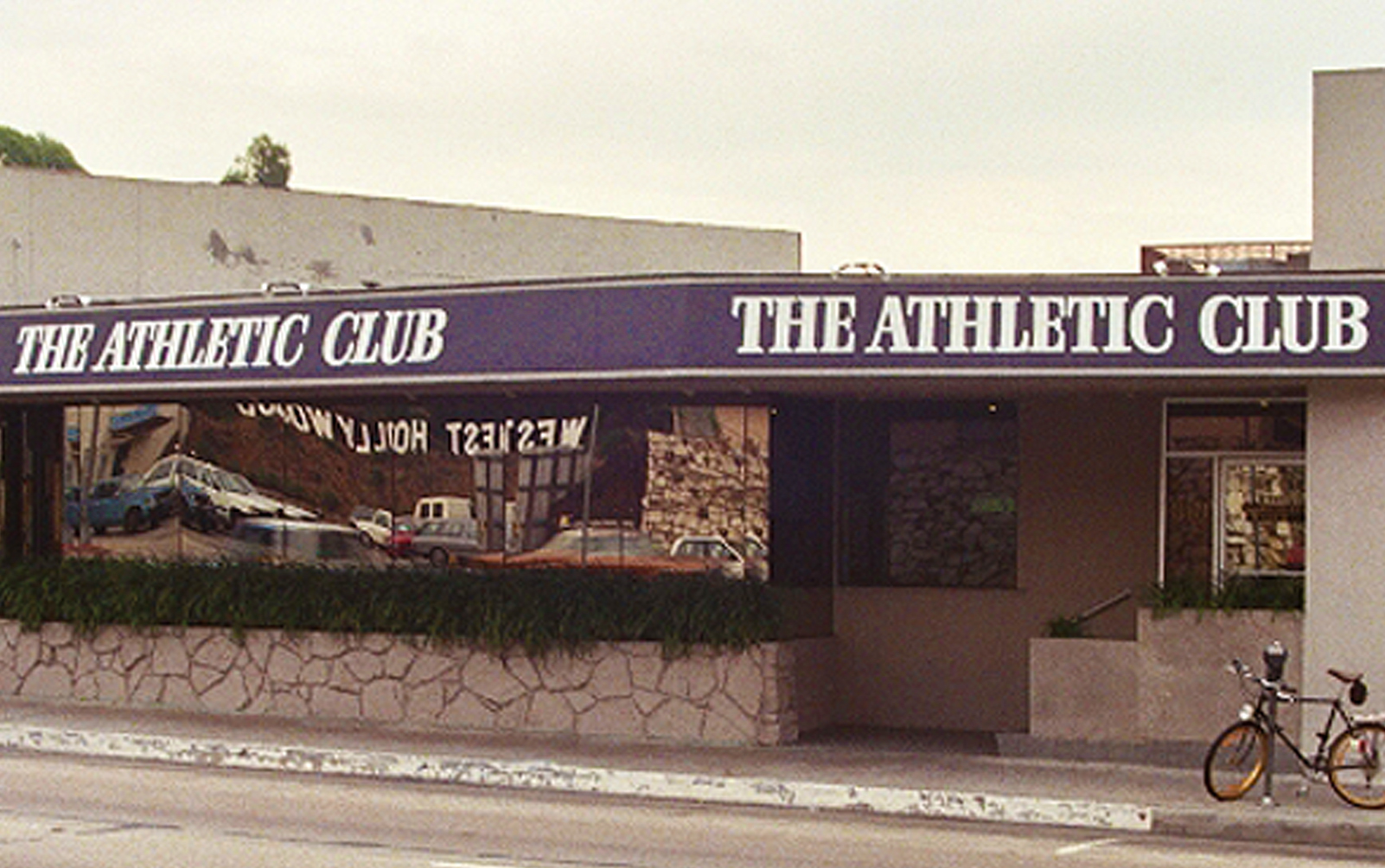 No, I’m not speaking of a body in the literal sense; I didn’t go out and dig up a grave like Dwight Frye in Frankenstein. I’m talking about my own body. For having moved from New York to Los Angeles I’d discovered a body was an absolute necessity for gay man. In other words I joined a gym.

New York, where I’d spent the first three decades of my life was a city in which my body was of n particular interest to me or anyone else. It was just there; a clothes rack and transportation device. It took me where I wanted to go, and got me home again. It was a dependable appliance — like the Buicks my father purchased ever few years throughout the 50’s and 60’s. I didn’t see my body as “important” to my life in any way outside of occasions of illness or physical injury (both easily navigated).Why should I think of it otherwise? It wasn’t anything special – even when I wanted others to see me as special. I did that with my manner, my intellect, my “charm” such as it was. Clothed in a nice suit it was “good to go.” Nothing more. That was New York. L.A. was different, Very different

I never really looked at it my body until I moved to L.A. because I never thought about it in terms of sexual desire. It wasn’t “me.“ I didn’t regard it as an erotic tool, malleable to my will. That sort of thing was central to the world of professional “body builders” — recherche types one never ran into in the fully clothed city that I knew. This had only partially to do with the weather, though that plaed a pivotal seasonal role. Winters could be terrifying. One donned a virtual suit of armor (albeit wool) to face “the elements” — snow, rain, sleet. “Button up your overcoat when the wind is free/ Take good care of yourself you belong to me,“ my mother sang. Still, seasonal change didn’t lead to an instant unbuttoning. One wore a little less, that’s all. It wasn’t part of the “real” — which was entirely encased, if only out of habit. Consequently the bodies of the men I wanted weren’t immediately available. That arrived at the end of the process of pursuit rather than — as I would discover in California — at the beginning.

Physical desire in Manhattan was a matter of discretion. No one went around letting it all hang out, even in the summer (save for the delightfully louche lower west side) Consequently getting in was a minor art form,. One had to bait one’s hook (“and somehow you know/ you know even then” as Oscar Hammerstein II put it.). And were one “lucky” and the prey acquired, the prospect of peeling back the layers (a human onion as it wee) was the chief delight. If the body beneath were pleasing, so much the better. But it wasn’t really about that body tout court. The peeling was what was most appealing. The baths obviated this of course. And so did the piers in the summertime. Everyone was pre-peeled. But even there the body itself was somehow never really at issue. Access was what mattered. The charming, buttoned-down museum director you glimpsed during the day, was laid out before you at night — a sexual Blue Plate Special. Comes the dawn, traditional postures — and accoutrements –were resumed. But that’s another way of explaining why Arthur Schnitzler isn’t a “minor” writer.

“J’adore le passe,” Anton Walbrook coos in La Ronde. And I concur. That past looms before me now as a series of fixed impressions: West Street at 1 am.

(seemingly half-deserted but actually teeming with life); The Ramble in Central Park at almost any hour ( but especially at dusk); The West Village in the late afternoon (random figures half and fully naked furtively “taking their pleasures” in utter abandon at the deserted Piers). In short while there were bodies present, but their impact doesn’t register with me in the same way as they did in California.

Can’t quite put my finger on the moment when I realized that everything had changed, but it had everything to do with the weather. Instead of suit a T-shirt was de rigueur The heat cast a lazy, rapturous languor over all. One moved slower. There was no rush to “get anywhere” in L.A.  because (pace Buckaroo Banzai ) wherever you go — there you are.” Slacker Zen.

Maybe it arrived one afternoon when I sat down and had a soda or something like it at Danny’s Oki-Dog on Santa Monica boulevard. No special reason to do so. Nothing in particular “going on”. Just a passing parade of people. Not an official procession of any sort. Just a trickle of types. Would I come and join the dance? Was this a club I could become a member of? An open question. An obvious answer.

Needless to say deciding to join a gym was an auspicious undertaking. By rights I should have begun such exercises in my teens. Now I past the “young” sell-by date, the best I could only hope to maintain a certain level of the “passable.” That was enough. And that’s why I found at The Athletic Club. In the late 70’s though the 80’s and into the early 90’s it was the place to be. Not just to work out, but to hang out. It was quiet. It was “civilized.” And the guys who hung there in the early morning were simply fabulous. The routines I’d adopted ( stretching, bike-riding, weight-lifting ) turned me into something along the lines of human in a hamster wheel. But no matter I was there for the conversation. My fellow gym bunnies were the sort of WeHo cross-section one would expect: actor/waiters, office workers, the odd executive of one sort or another. Like Chris, a publicist at FOX who I found one day laughing uproariously as he read a script while riding an exer-cycle.

“Really funny” I asked. “Oh you won’t like it,” he said, “but it’s going to make millions.” He was right. It was Home Alone

AIDs was of course hanging over all during my gym years (76-97) In the public mind “The Plague” produced nothing but desiccated bodies covered in KS lesion. But those of us in the trenches knew differently. Men who looked not only perfectly healthy but downright “buff” could be working out one day and in their graves the next. Little memorial plaques for trainers who had passed were put in the sidewalk in front of the building. Whether we part of full-time activists, or those frightened souls sticking their head in the sand “until it all blows over” AIDS was, as Paul Rudnick put it so perfectly in Jeffrey “the guest we all hate. The one who won’t leave.” It hasn’t left. But drugs have arrived to treat it and the present generation, thanks to Truvada, often acts as if it’s all over. For those of us who lived through the worst years it will never be over. So many we loved ate Gone with the Santa Ana. And the WeHo we knew is gone as well. The Athletic Club has been replaced by “24-Hour Fitness” Bars like “The Spike” are passe replaced by Grindr and the “Net”

As for my body, thanks to a hypertensive stroke I suffered in the winter of ’97 its gone back to its invisible New York self. And seeing that I’ve reached 69, that’s the way it should be.