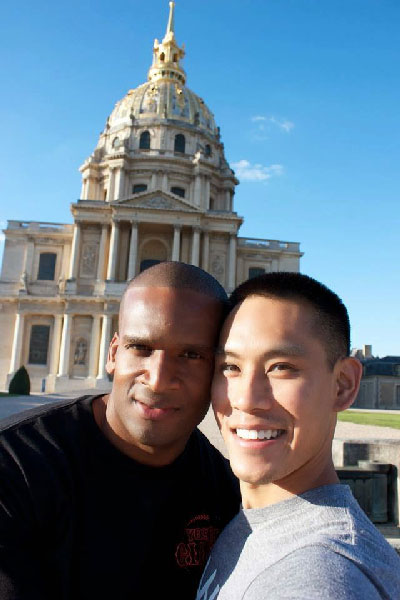 BY TROY MASTERS  |  Andre Davids, 38, was sentenced to 12 years for the gruesome stabbing and dismemberment of his physician boyfriend, 34-year-old Kurtland Ma, in their home at 939 Palm Ave. in West Hollywood.

In December, Davids’ attorneys successfully argued that the the crime was one of passion, and that the jury should decide on a manslaughter charge rather than murder. They also claimed his judgment was impaired because he was high.

The reduced charge spared Davids a potential life prison sentence. In a statement read in court Thursday, he said he was sorry.

Family members were hoping Davids would be charged with murder. They described Ma at Thursday’s hearing as a happy person and caring physician who was kind to family and friends.

His brother directly addressed Davids: “When anyone, including your family, looks at you, the first thing they will see is a murderer,” said Wayland Ma, the victim’s brother. “You will never escape the evil you carry inside of you, and people will know.”

Authorities maintain the attack stemmed from an argument over infidelity. Ma was stabbed and scalped, and some of his organs had been removed, according to investigators.

Deputy District Attorney Michele Hanisee called it “absolutely one of the most gruesome crime scenes that I or the homicide detectives have ever seen.”

Davids “disemboweled” Ma and stuffed his organs into his mouth and pill bottles into his body cavity, according to police records. Davids said he was sparked by Ma’s decision to break up with him.

Davids was found hiding in the apartment bathroom when law enforcement officers arrived.