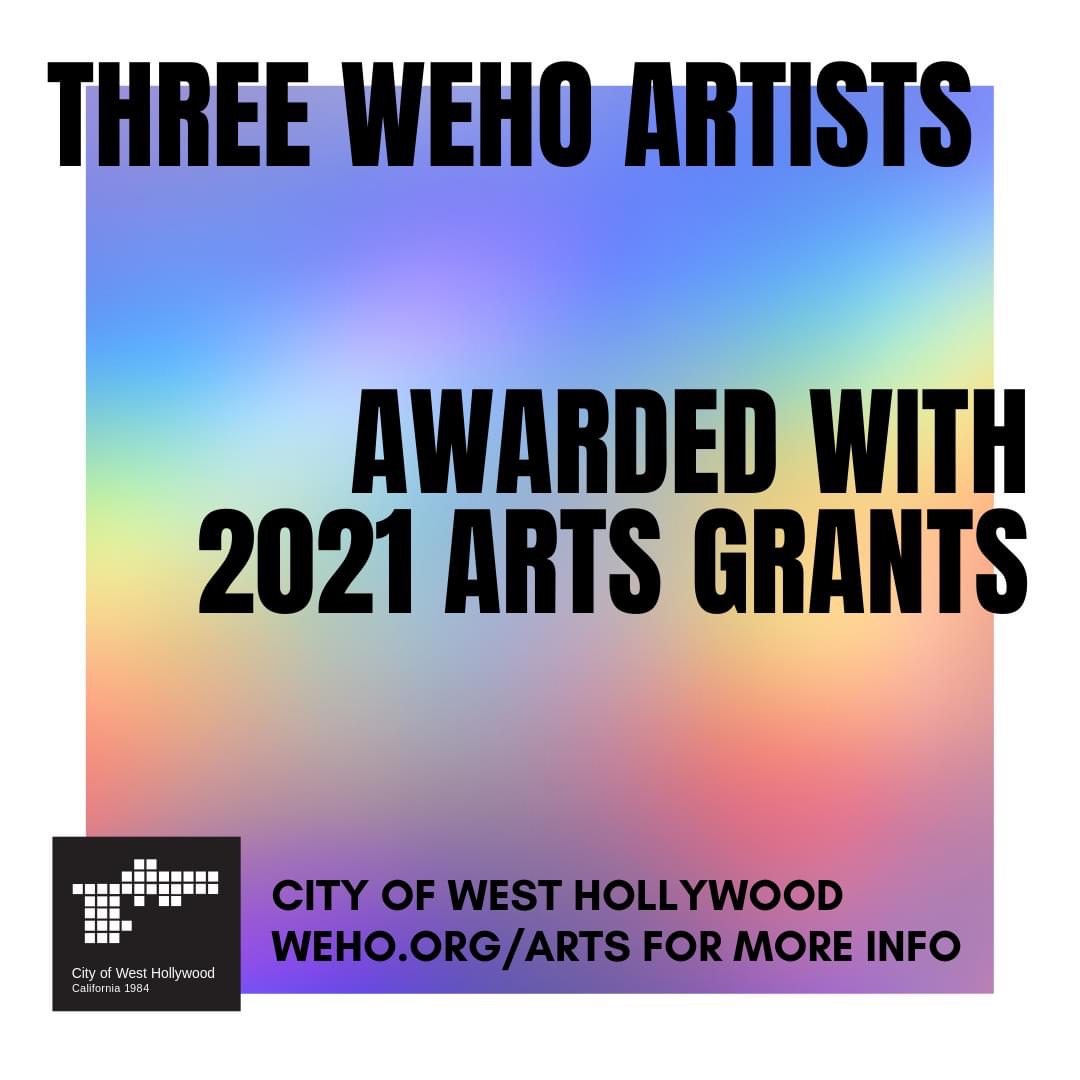 As the COVID-19 pandemic continues to reshape the reality of life in the City of West Hollywood and communities around the world, artists and arts organizations are among those severely impacted. The WeHo Artist Grant program, initiated in 2018, is extraordinary in that it provides direct support for individual artists living in the City of West Hollywood, which is especially significant at this uncertain time.

Tristan Kilmer — is a senior industry artist who received a BFA degree from the California Institute of the Arts in Experimental Animation. His professional work includes being a Previsualization Artist at Digital Domain (on Star Trek Picard and Freeguy), Animator at Halon (for Disintegration and Borderlands 3 cinematics), Key Layout Artist at MPC (for Detective Pikachu, Aquaman, Dumbo, The Predator, and many more), and an Animation Director at One Roof Entertainment (for 2001: An Edm Odyssey).

Samantha Lavin — is an award winning DGA director, assistant director and writer who has worked on film and television projects including: “Lucifer,” “The Mayor,” and “Criminal Minds.” She has served on the Lesbian and Gay Advisory board of West Hollywood as well as Women for Sobriety Center; an organization serving formerly incarcerated women.

Antonio Rael — is a visual artist who has been a resident of West Hollywood for the past 30 years. He has created artwork and donated artwork for causes in the LGBTQ community. He hopes that this grant will support the creation of new paintings, which bring positive imagery to the community. For example, his acrylic on canvas work created in 1999 entitled “Las Memorias” / “Memories” is an homage to friends and family who passed from AIDS.

On Dec. 10th, 2020, the City of West Hollywood held a virtual event highlighting the accomplishments of the 2020 WeHo Artist Grant recipients. Members of the City Council of the City of West Hollywood joined the WeHo Artist Grant recipients to celebrate their achievements during their grant period. Each of the artists shared stories of the challenges they faced as the year took shape as well as how they were able to find unexpected opportunities, grow as artists, and learn entirely new paradigms — fueling their creative spirit.