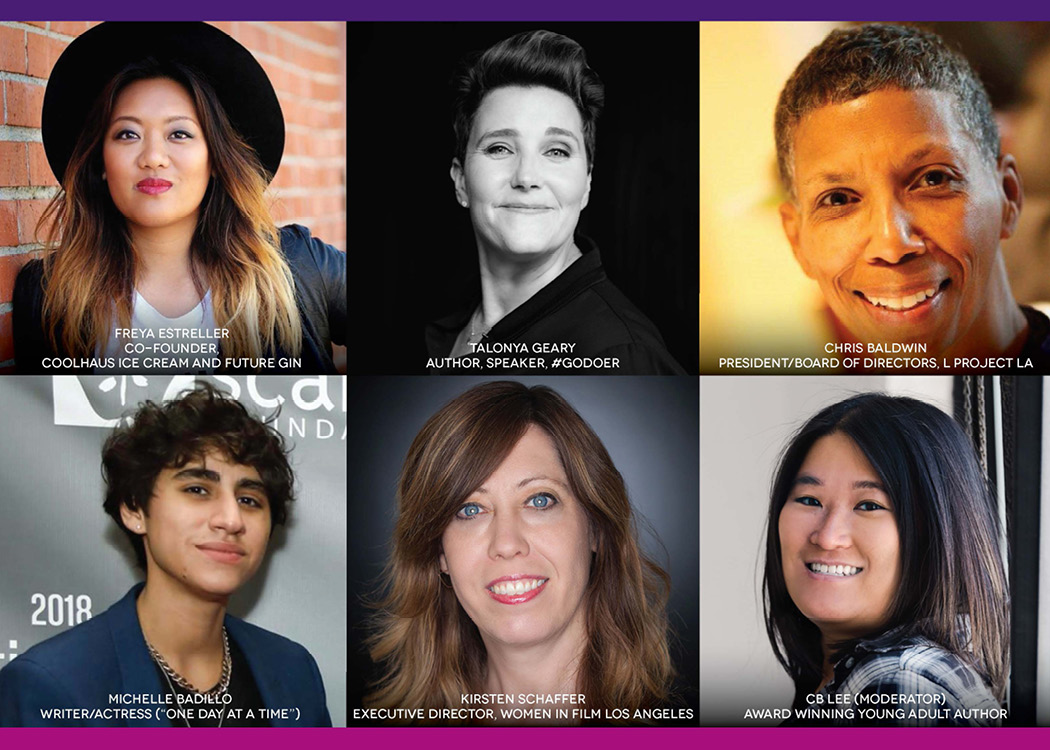 As a double minority, it can be hard for queer women to lead an industry, let alone make a noticeable impact. So where do aspiring queer professional women look for guidance?

The City of West Hollywood’s Lesbian Speakers Series – a series of “free talks, performances and readings featuring phenomenal lesbians and queer women” – is featuring the “self Starters” panel on Wednesday, Jan. 9.

“The overall message of this panel is to curate a discussion with lesbian and queer women who are leading in their industry, whether it be business, finance, literature, film and more, and to foster an evening of LGBTQ+ community for those interested in learning about the life experience of these women and their current careers, and to inspire those who attend,” panel moderator CB Lee said. “As a queer woman and an author who not only has published several award-nominated books, I’m also well experienced in moderating and leading discussions at academic conferences, book festivals and more, and I’m quite excited to be moderating this event. I hope that attendees find it compelling and inspiring!”

The Pride L.A. spoke with the event coordinator Corey Roskin, a Social Services Specialist for the City, about what to expect.

In one sentence, what is the Self Starters event?
ROSKIN: The Self Starters is the City of West Hollywood’s next Lesbian Speakers Series Event. This event will feature a panel of dynamic lesbians and queer women discussing the powerful work they are doing in the community personally and professionally as motivators, creators, influencers, and change makers.

What is the overall message? Why curate this panel in particular?
The overall message is to provide inspiration and encouragement to lesbians and queer women in the community.    This panel is being curated as a way to start the new year off with dialogue and conversation that helps to move the community in a forward thinking direction.

How were the women selected to speak? What about them make them good guests for the panel?
The women were selected vis-à-vis conversations and suggestions from the women who participate on the City of West Hollywood’s Lesbian & Gay Advisory Board.   The women on the panel are all inspirational speakers, powerful voices in the community, and they represent a diverse collective from a variety of professions.

What do you hope the audience gets from the event?
We hope the audience is inspired and is encouraged to take action in their own lives and in the community as a result of attending and participating in the evening.

What is the importance of the Lesbian Speaker Series in general?
The Lesbian Speakers Series was started in the fall of 2015 with the support of the West Hollywood City Council as initiated by the City’s Mayor John J. Duran.   The Series is a way that the City is recognizing the accomplishments and importance of lesbians and queer women by providing talks, performances, films, etc. by and featuring them.   Events that have been held thus far are noted on the attached document.

Why make it women-specific?
The event is women-specific because it is part of the City of West Hollywood’s Lesbian Speakers Series which targets those who identify as lesbians and/or queer women. The City of West Hollywood also produces the yearly event, One City One Pride, which features 40 days of programming with a broad array of events featuring the incredible diversity of the LGBTQ community.

Self Starters takes place on Wednesday, Jan. 9 from 7–9 p.m. in the Council Chamber at the West Hollywood Library. The event is free. For tickets and more information, visit the Eventbrite page HERE.