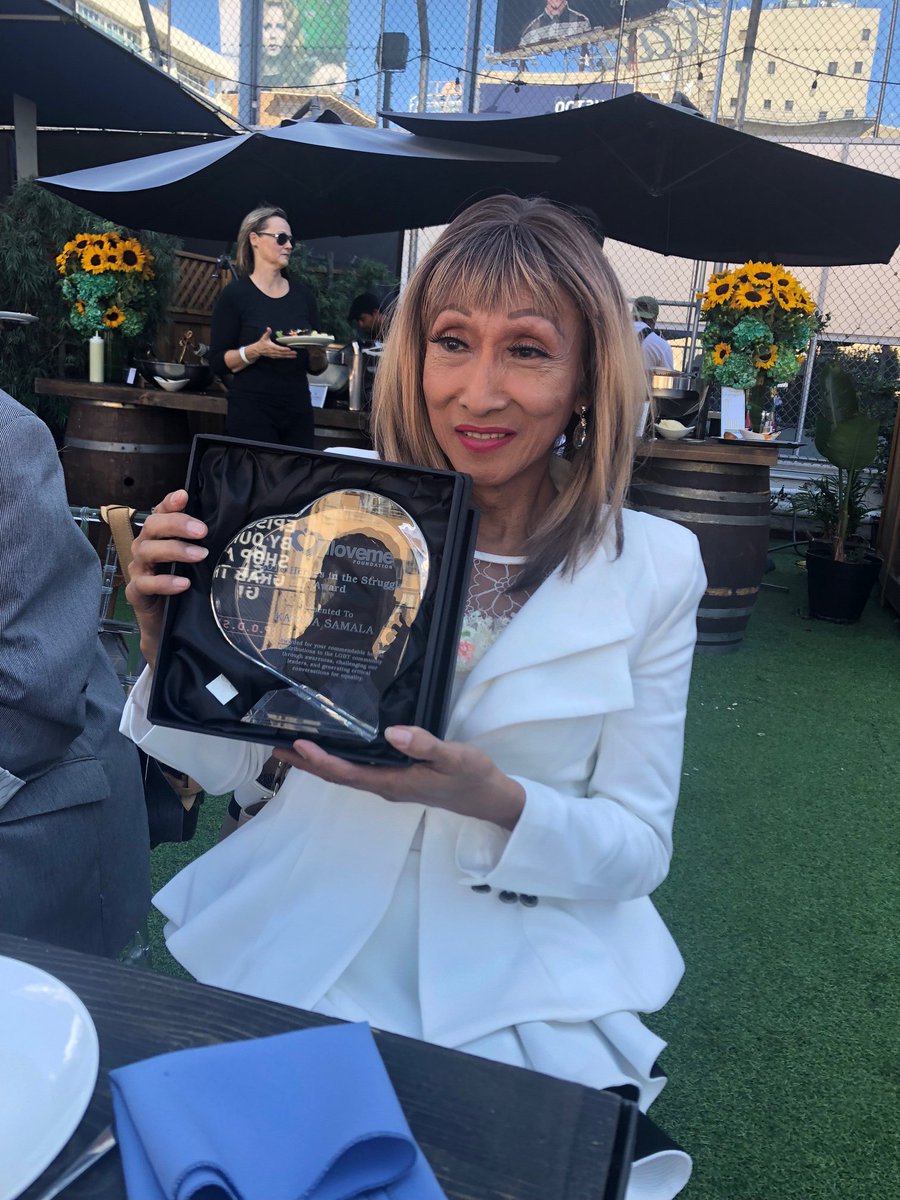 Since the 1990s, one woman has been keeping queer culture alive from Long Beach to L.A.

With Ryan Murphy’s “Pose” sweeping the Golden Globes this month and everyone’s thoughts turning to holiday pageantry and celebration, it’s no surprise that the concept of the queer mother has taken hold in the public imagination. Back in the day, when queer folks had to stand together to claim their own spaces and escape brutal treatment by their own society, trans women held their own, offering shelter to younger women who had come to L.A. to make a life for themselves. If you were a trans woman in the early ‘90s or 2000s in L.A., you probably came across Karina Samala, one of the most active voices for trans rights in a still-divided community. When Zachary Drucker, the L.A.-based artist, activist and actress, sat down with Karina, she had a few memories of her own to share about the influential producer of two trans beauty pageants, “Queen USA” and “Queen of the Universe.”

In a conversation with Drucker, Samala remembers growing up during a more conservative period in L.A. history. She was terrified to “out” herself as queer, nevermind as a trans woman, for fear of losing work and exposing herself to violence. To find her own community, she started getting involved with the queer organization Imperial Courts, one of the oldest and most celebrated resources for trans folks in L.A. Once she started immersing herself in the community, a world of possibilities started to open up.

“Empress Honey Carolina had a fundraiser for the Imperial Court called the Closet Ball; a coming-out-of-the-closet type of thing. They asked me: ‘Come on join the pageant! The prize is a lot!’” Samala told Drucker. “It’s a reverse ball where the male would come out as a male and be judged as a male, then someone would do their makeup backstage and then they’d be judged as a female, and whoever wins gets the crown. And it goes both ways. So, I won and was so excited and started dressing up in public! That started the whole thing. And I started joining other pageants, bigger pageants. I went to Chicago, San Francisco, Sacramento. I started winning! I thought, wow this is fun. But I still couldn’t leave the house in makeup, because of my neighbors.”

Samala’s pageant career and her day career – working as an aerospace technician for the government – seldom crossed paths. However, when Samala was offered a spot working with the L.A. County Sheriff’s department, she saw a way to make even more of a difference. Before West Hollywood was the gay-and-proud city we know today, it was a place in need of a lot of reform, especially where the cops were concerned. Like a protective mother, Samala used to check on the women doing sex work to make sure they had condoms and a safe place to stay. She didn’t just stop there.

Before there were any specific resources for trans folks in the city, Samala helped create the Transgender Health Program at St. John’s. Today, she still acts as an agent for change by serving on the West Hollywood Transgender Advisory Board. She has no intention of slowing down the fight.

“We need to honor transgender people, especially all those who died; we must fight for them. We need to vote the right people into office who will help us.” Samala told Drucker in her interview. “That’s very important. We have lots of work to do. We need to build a free world for everyone to be respected and to improve the quality of life and space for all transgender people.”