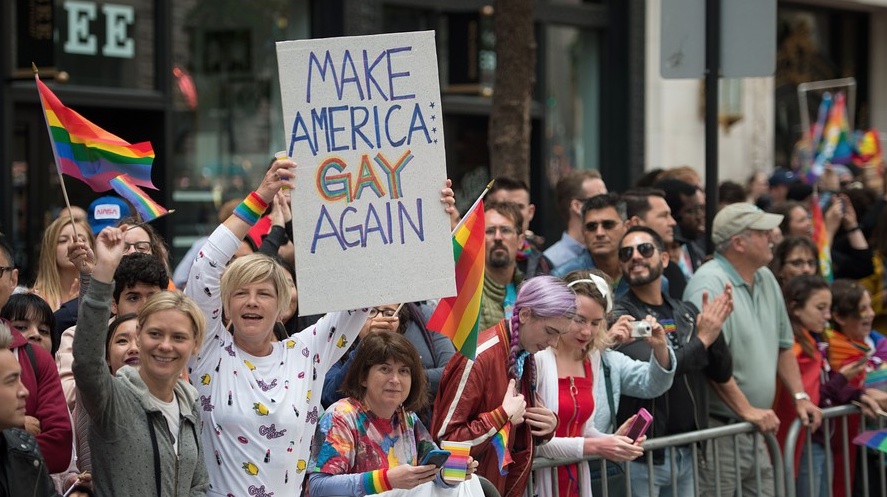 With the dust settling on yesterday’s midterm election results, it seems there is hope on the horizon for LGBTQ+ representation nationwide.

Not only did a record number of LGBTQ candidates run for various offices and win primaries nationwide, but several made history as of last night by winning. Here are the top 10 victories in the Rainbow Wave at the midterms.

History has been made. https://t.co/pcrdfvvlM9

Not only is Craig the first openly gay person and lesbian elected to Congress from Minnesota, but she also defeated anti-LGBTQ+ GOP Rep. Jason Lewis.

Lisa Bunker and Gerri Cannon won seats in New Hampshire’s Rockingham 18 and Strafford 18, respectively. This makes them the only openly trans members of any U.S. state legislature.

Democrat Zach Wahls won the Iowa Senate District 37. He first made headlines in 2011 for defending his two moms and gay marriage before the Iowa House of Representatives.

Teri Johnston was elected mayor of Key West. A former city commissioner, she is the first openly lesbian mayor in Florida’s history.

Last but not least, Pop. 3 on the ballot asked voters whether they wanted to keep an existing state law that shields transgender people from discrimination in public places. The majority  “yes” vote means people could use public facilities that match their gender identity.