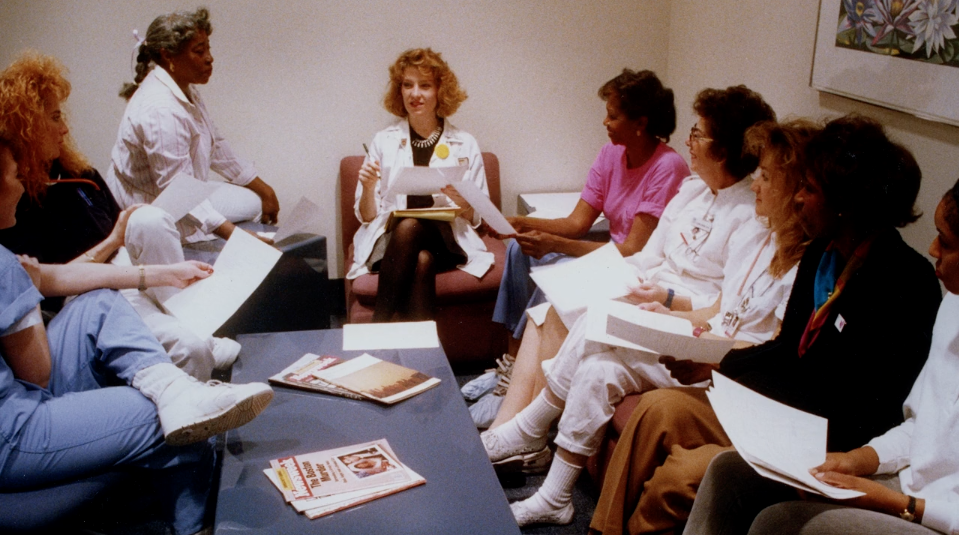 A documentary tells the stories and experiences of those on the ground floor of the AIDS Unit at Cedars Sinai Hospital in the ’90s.

In an era driven by fear and ignorance of the unknown, the dedicated medical staff of the AIDS Unit at a West Hollywood hospital during the one of darkest periods in the LGBTQ+ history brought glimpses of hope and light.

The Pride was honored to have the privilege of speaking with two amazing nurses who worked at the AIDS Unit at Cedars Sinai Hospital, a hospital that was at the center of the AIDS Crisis. Certified Nursing Assistant John Rios Knuckles and Jennifer White Geller, RN “gave a voice to the voiceless.”

According to the City of Los Angeles AIDS Coordinator Office, “Since the epidemic began 31 years ago, about 31,000 individuals have been diagnosed with AIDS, 13,000 of them still are living.” The extraordinary staff at Cedars were there on the front lines, trying to end an AIDS epidemic that was targeting and already wounded LGBTQ+ community.

Knuckles and Geller,  along with the rest of the staff, worked every day to provide quality care to the patients of this unit. The AIDS Unit staff members at Cedars Sinai were emotionally supportive for each other.

“Some people would come in and out of the unit, Knuckles said. “So, you really got to know some people.”

He said that nurses would “pick up each other’s patients” when they knew that another nurse had lost someone.

Work didn’t stop at the hospital doors, though. Both Knuckles and Geller said that they had to educate friends and family about the AIDS Crisis.

“Never my mom, dad or my brother, they were really supportive,” Geller recalled. “But my [extended] family would always ask ‘Aren’t you afraid of working there?’”

Both Knuckles and Geller said that thie answers to those questions were always “no, not at all.”

They loved what they did.

Knuckles said that even family members of patients would put on masks and gloves.  He said that he would tell them that they were fine and that they could touch each other, but people were so driven by fear of the unknown.

“Even within the hospital, people were afraid… that was the main thing: fear,”Knuckles reflected. He said that the kitchen staff would ask him to give the food trays to the patients, but he would refuse. Other units would even “hold their breath while walking through [the unit].”

Even though the rest of the world may have criticized them, Knuckles and Geller explained how much they enjoyed their experience working in the unit. Both nurses actively chose to work in the AIDS Unit. Geller said that she “looked forward to coming to work every day.”

What these two, and the rest of the nursing staff at the AIDS Unit, did for their patients is nothing short of heroic. Jennifer told The Pride that