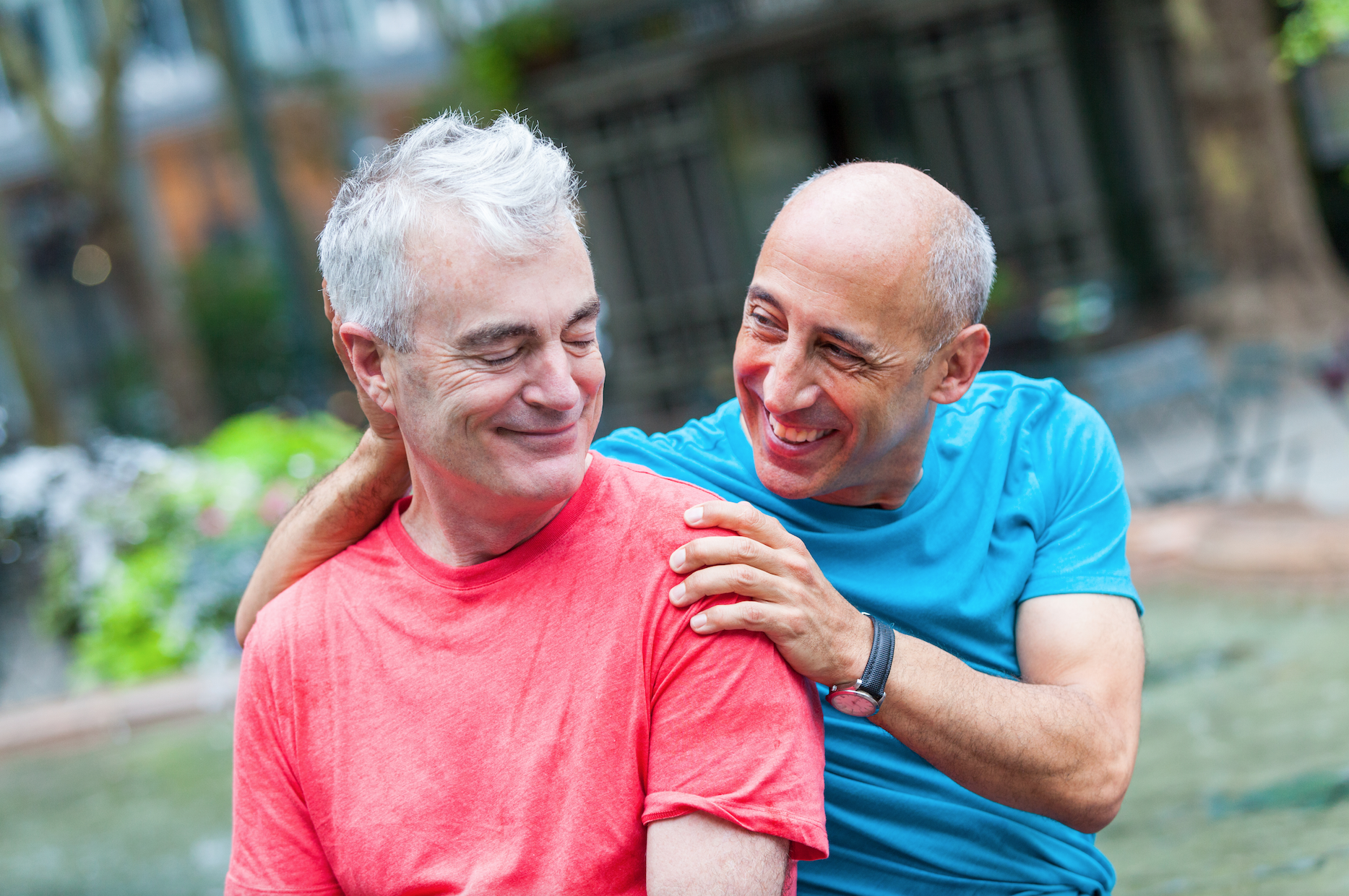 The AIDS Institute wants you to know that age is not a condom.

Tuesday, Sept. 18 is the 10th anniversary of National HIV/AIDS and Aging Awareness Day. People over the age of 50 account for 47 percent of Americans living with diagnosed HIV, according to the Center for Disease Control.

“The HIV epidemic is dominated by older adults aging with HIV,” said Stephen Karpiak, PhD, Senior Director for Research for the ACRIA Centers at Gay Men’s Health Crisis. “These folks are experiencing significantly more illnesses associated with aging than is typical. This heavy burden of disease, including HIV, is challenging how we care for these older adults, many of whom are long-term survivors.”

OnThe AIDS Institute launched National HIV/AIDS and Aging Awareness Day 10 years ago in an effort to raise awareness of the alarming increase in the number of older adults becoming infected with HIV as well as those older adults over 50 aging with HIV. The campaign highlights the complex issues related to HIV prevention, care and treatment for aging populations in the United States.

“While there is a growing awareness that there is a critical need for both more services for, and more research about, older adults living with and affected by HIV, our nation is not fully prepared for the medical and social implications of this growing population,” Karpiak said.

Existing research on appropriate treatment is limited, and HIV and AIDS stigma are widespread among older communities. Moreover, the myth that older adults are not sexually active causes a serious barrier to prevention and care.

In 2013, the Centers for Disease Control and Prevention reported persons aged 50 and older accounted for approximately:

According to the CDC, Older people in the United States are more likely than younger people to have late-stage HIV infection at the time of diagnosis. This means that they start treatment late and possibly suffer more immune-system damage. Late diagnoses can occur due to elderly stigmas. Health care providers may not always test older people for HIV infection. Older people also may not consider themselves to be at risk of HIV infection or may mistake HIV symptoms for those of normal aging. Among people aged 55 and older who received an HIV diagnosis in 2015, 50 percent had HIV over four years before diagnosis. This is the longest diagnosis delay for any age group.

“We know that older people living with HIV and AIDS are presenting our community with a host of new challenges—and opportunities,” GMHC CEO Kelsey Louie said. “We want to continue to be a place where these folks feel supported and where we can connect them with the appropriate care.”

Those that think they may have been exposed to the HIV virus can find testing locations close to them HERE and HERE.