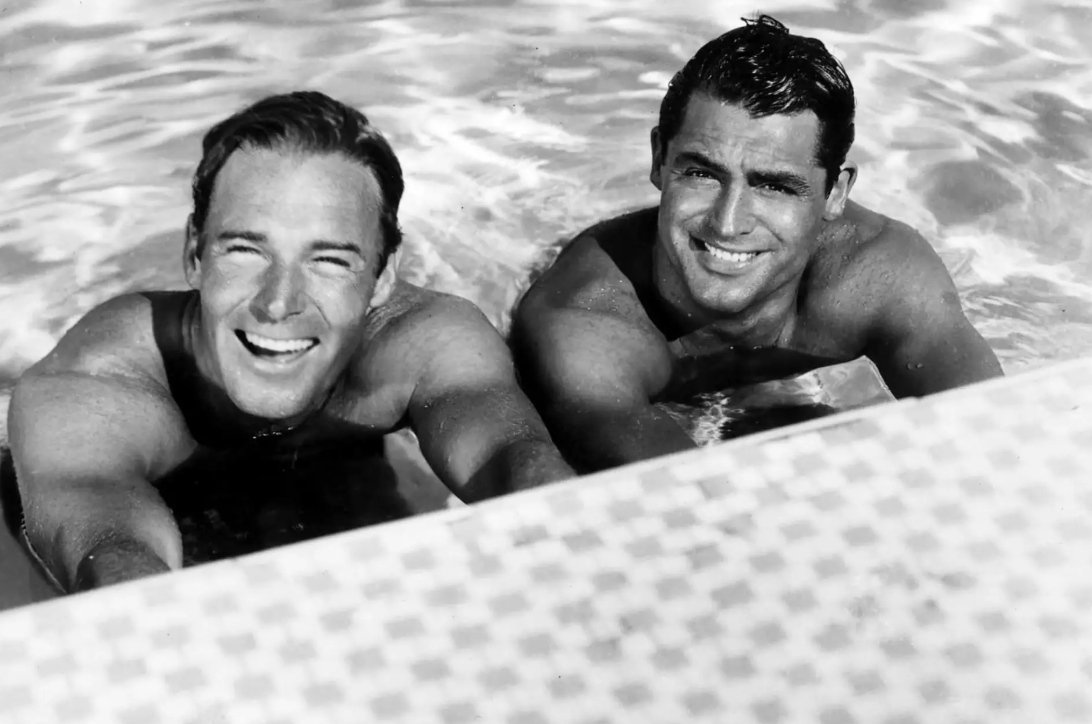 During Hollywood’s golden age, the iconic star had a bunch of high-profile boyfriends, and one high-profile life partner.

In the 1930s and ‘40s, L.A. was just starting to come into its own as the glamorous capital of film country. The entire city was, at that time, synonymous with Hollywood itself to the rest of the country. The associations Tinsel Town carried with it, however, held their fair share of scandal for a conservative country during wartime.

In the new documentary “Scotty and the Secret History of Hollywood,” Scotty Bowers, a young man who ran in big Hollywood circles during the Golden Age, saw his fair share of scandalous action among some of the town’s biggest male stars. And during the ‘30s and ‘40s, no one was bigger than Cary Grant, the British star who had come over to America in the 1910s to make a name for himself in entertainment – first on the vaudeville circuit and later in motion pictures. While Grant was the consummate heterosexual lover onscreen, he had a rich personal life offscreen, lived with several Hollywood personalities such as the famous gown designer Orry-Kelly, and the Western and Action star Randolph Scott. Even as early as the 1930s, rumors had begun to circulate about Grant’s relationship with his close friend Scott. When a journalist pointed out how unusually close the two were, a photo shoot was staged to show the two of them palling around in what was most likely their shared Malibu home of 12 years. The two also purportedly shared a house in Santa Monica. “Back in those days, people knew” that Cary Grant and Randolph Scott were more than just good friends., Bowers says in “Scotty.” According to writer Derick Chety, Carole Lombard, once jokingly referred to the pair as having the perfect relationship: “Randy pays the bills and Cary mails them.”

Though Scott and Grant’s romantic relationship didn’t survive into the 1940s, they remained devoted friends until the end. After Grant’s death in 1986, Scott passed away mere months afterward.