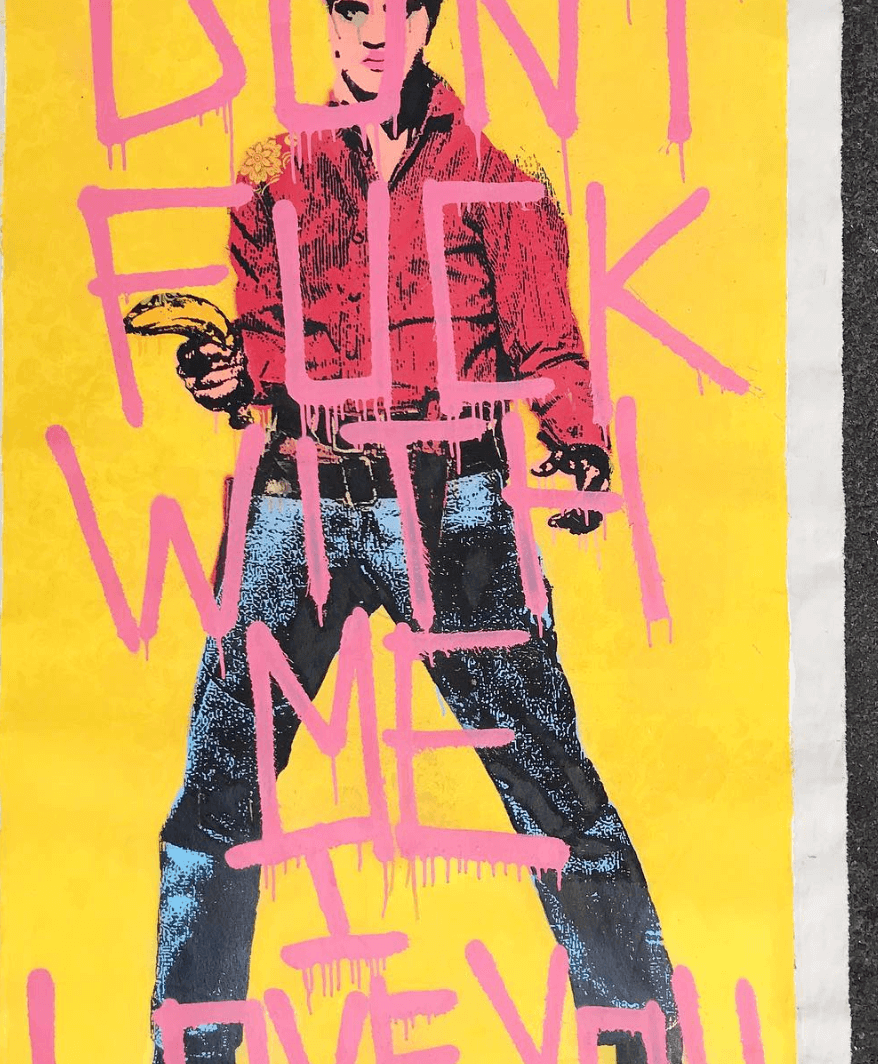 If you’re looking for something a little more culturally enriching to do while everyone is off working on their tan, then experience the magic of Brooklyn-based street artist Denis Ouch’s art at an upcoming free exhibit presented by World of Wonder, aka the studio that brought you “Drag Race.” Showcasing the kaleidoscopic stylings of Ouch, including his pop art, street art and political work, the WOW Presents Space (6650 Hollywood Boulevard) and World of Wonder co-founders Randy Barbato and Fenton Bailey are opening the exhibit to the public from July 13 – 26 after hosting a special red carpet and opening night reception July 12.

The gallery will also feature Ouch’s Statue of Liberty-inspired pieces after Fourth of July weekend, for a touch of non-disgusting patriotism we could all use right now. And with Ouch’s multifaceted employment of different mediums for creative expression, the display promises to be a delight to all the senses (though probably not smell, touch, hearing or taste – but still, it’ll be cool.)

Originally from St. Petersburg (Russia, not Florida,) Ouch has the sort of bold, avant-garde style that perhaps only a Russian with nothing left to lose could. His ability to repurpose materials for his various political statements add layered meaning to each piece, which offers a more objective take on the so-called Aamerican dream. Tackling everything from the Orange One to Jesus Christ to consumerism as represented by Coca-Cola, the curation promises to be thought-provoking in a time where very little emphasis is placed on thought.

Open to the public from Monday through Saturday starting July 13, the gallery hours are from noon to 6 p.m., and  noon to 4 p.m. on Saturday. So get your camera ready, Instagram awaits – and so does Ouch.