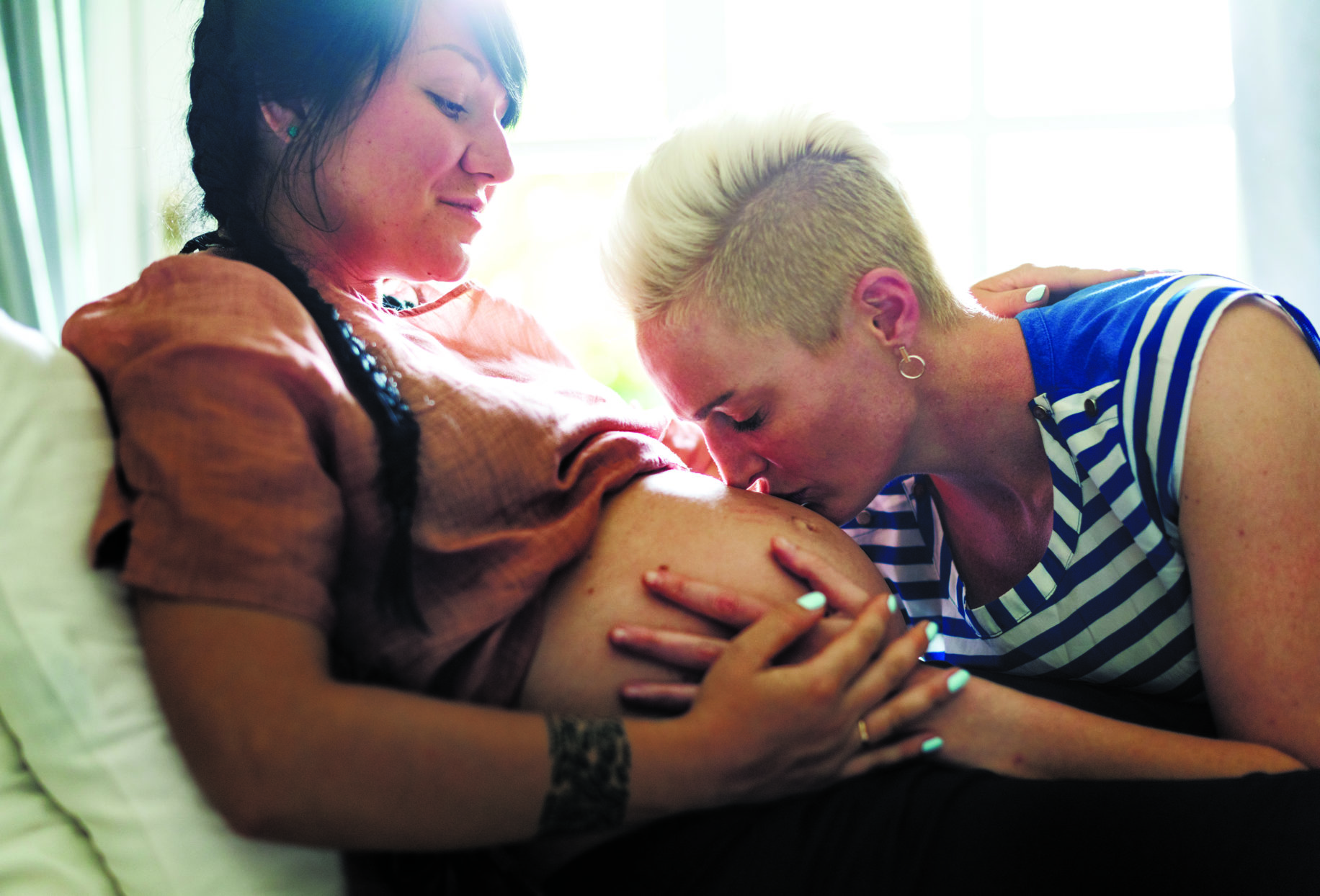 Whether or not you’ve heard about the “Gayby Boom,” you simply can’t deny that’s here to stay. Even as the civil liberties and protections of queer couples are threatened under the Trump regime, gay families are reproducing at a higher rate than ever before, even though in many states it’s a challenge to get the right access, legal help, and practical medical assistance needed to start a family.

That’s where Portland’s Oregon Reproductive Medicine comes in. The clinic isn’t your average IVF and IUI hospital. Its location in one of the more liberal states in the union allows for a more modern approach to LGBTQ+ parenthood. Meaning no judgment, no questioning, and no legal worries.

With an 85% success rate, which is decidedly higher than the usual IVF rate of about 60%, the clinic is doing something right. Part of their success might have to do with their unabashed embrace of LGBTQ+ family building, which has led couples to ORM from across the country and the world to start a family.

“We are finding ourselves in the midst of a gigantic social change, if not a global movement, and we are humbled to do our part in helping the LGBTQ community start or grow their families,” said ORM Drs. Brandon J. Bankowski, M.D. and John S. Hesla, M.D. in a statement.

As proved by the case of gay Brentwood couple Andrew and Elad Dvash-Banks a few months ago, it doesn’t take much for a queer couple to be denied traditional rights when it comes to claiming their offspring. When the Dvash-Banks family was torn apart by the tiniest of bureaucratic details that gave one twin son U.S. citizenship while withholding it from the other, a larger cultural conversation was brought to the forefront. In Trump’s America, LGBTQ+ parenthood isn’t just about finding ways to get donors, surrogates, and fertility treatments. It’s about being able to stand up in a court of law and know that your child can’t be taken away from you due to some legal oversight. To protect against this, Oregon Reproductive Medicine works closely with their donors and lawyers at surrogacy agencies that they partner with, to ensure that the parents and child are legally protected. We might not know what the future of the country holds, but we do know that the future of American families is changing by the minute. For queer families, the fight to create a family is still in its early stages.