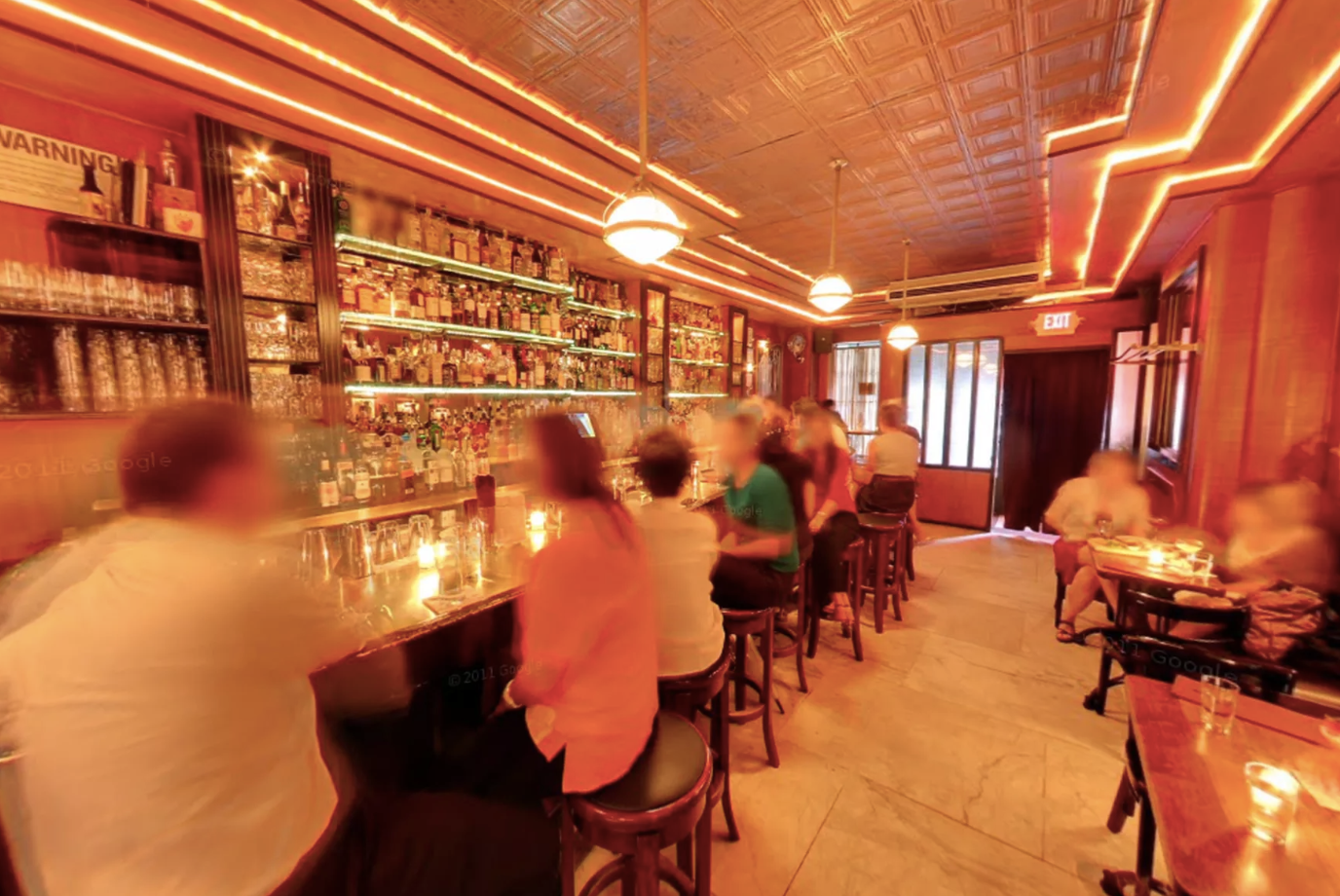 You might want to sit down for this,  Angelenos. New York City-based Employees Only, considered to be one of the world’s best bars, is now in West Hollywood. Located at 7953 Santa Monica Boulevard, in the former home of Baby Blues BBQ, Employees Only brings the same delicious cocktail scene and upscale dining experience of New York to the West Coast. (Eat your heart out, Carrie Bradshaw.)

Since its first launch in New York in 2004, Employees Only has achieved global success with prestigious accolades like the Spirited Awards for “World’s Best Cocktail Bar,” “World’s Best Drink Selection,” “Best American Bar Team,” and “Best American High Volume Bar.” Other locations of Employees Only include Singapore, Hong Kong, and Miami locations. However, the West Hollywood location is the only one on the West Coast and brings with it some of New York’s most popular menu items with an expanded menu that caters to the Los Angeles patron.

True to the original 20s speakeasies popular among mobsters and sinners alike, Employees Only is virtually indistinguishable from the outside; the only sign that it even exists is a red, neon Psychic sign above the front door. Step one foot inside, however, and it’s like being in the heart of New York, but in Los Angeles. It’s a definite vibe. The art deco look and new age disco feel match perfectly with that good ol’ city sensibility, blending a bit of the old with the new.

I went to Employees Only on a Saturday night, and it was packed with L.A.’s finest, the upper echelon of the “see and be seen” crowd. To the left was the dining area where close knit round tables created a warm, intimate feel.  And to the right was an impressively full bar with bottles of liquor as far as the eye can see. Tucked away in the back was Henry’s, a reservation only, speakeasy style room that would make Al Capone proud. Rich, velvet curtains led to maybe one of the best communal bathrooms I’ve ever seen (and trust me, I’ve seen my fair share.)

People go to Employees Only for two reasons: great food and great drinks.

The bartenders are true mixologists creating liquid works of art. Just because you put a splash of vermouth and a plant in your drink doesn’t mean you’re a mixologist; it takes a true talent and knowledge of libations to make the perfect cocktail. With a rum, bourbon, and scotch list that could make you cry, the bartenders take their job seriously, serving a bar filled with people some of the best drinks in Los Angeles. Start with a classic like the Manhattan Cocktail or Billionaire Cocktail and follow it up with the West Side or the Mata Hari.

Dinner is served from 5 p.m. to 10:30 p.m. every evening and for the night owls, late night dinner is served from 10:30 p.m. to 1:30 a.m. (If you’re currently “hangry,” stop reading. You’ve been warned.) Employees Only offers some of the best appetizers this side of the US- 281, the kind that you could make a meal out of. (Any “Will and Grace” fans out there?) From the oysters and their popular bone marrow poppers, to the bacon wrapped lamb chops and rillettes of duck, rabbit, and pork, every bite is full of flavor and incredibly satisfying. Dinner favorites include the penne puttanesca with shrimp, grilled salmon, 26- ounce ribeye, and bacon cheeseburger with fried egg.  And no New York inspired meal would be complete without the perfect slice of cheesecake.

As busy as it was, the staff at Employees Only was calm and engaging. Jeff, at the front door, looked like a younger more tattooed version of Johnny Depp and the hostess, Riley, was incredibly sweet. I briefly met co-founder Dushan Zaric, who was understandably a little preoccupied with a bar and restaurant filled to capacity.

If you plan on grabbing a drink and a bite to eat at Employees Only, be sure to make a reservation first. It’s always a treat when a world- renowned bar makes its way to Los Angeles. Employees Only offers that authentic, New York City feel with an L.A. twist. West Hollywood just got an upgrade.